"Caro what causes the error so that my video doubled)

"Carol of the bells”/ "Shchedryk" evolution

Before 867 (Christianization of Kievan Rus')

There are so-called shchedrivky (щедрівки (ukrainian)) in Ukraine, New Year’s songs.
The purpose is to cheer up the hosts of the house, inform them about the bounteous year they will have and usually get some food in exchange.
The original version of "Carol of the Bells" is called "Shchedryk" (translates from Ukrainian into English as "the generous one") and was composed by Ukrainian composer Mykola Leontovych.
"Shchedryk” originates from one of those New Year's songs / traditional folk chants.

In pre-Christian Ukraine the New Year was celebrated in April (spring).
So, shchedrivky reflect events and conditions typical to spring.
"Shchedryk” is known in English as "The Little Swallow".
It tells about a swallow flying into a house and singing about the bountiful year the family will have.
And swallows are migratory birds.
They fly out of Ukraine in winter and come back in April.
So, initially the text of "Shchedryk” was associated with the spring.

After 867 (Christianization of Kievan Rus')

After Christianity and Julian calendar adoption in Kievan Rus' people started to celebrate the New Year in January 1 (January 13–14 in the Gregorian calendar).
So, shchedrivky started to be sung on the eve of that day, but they still focus on the events and conditions typical for the spring (including the swallow). 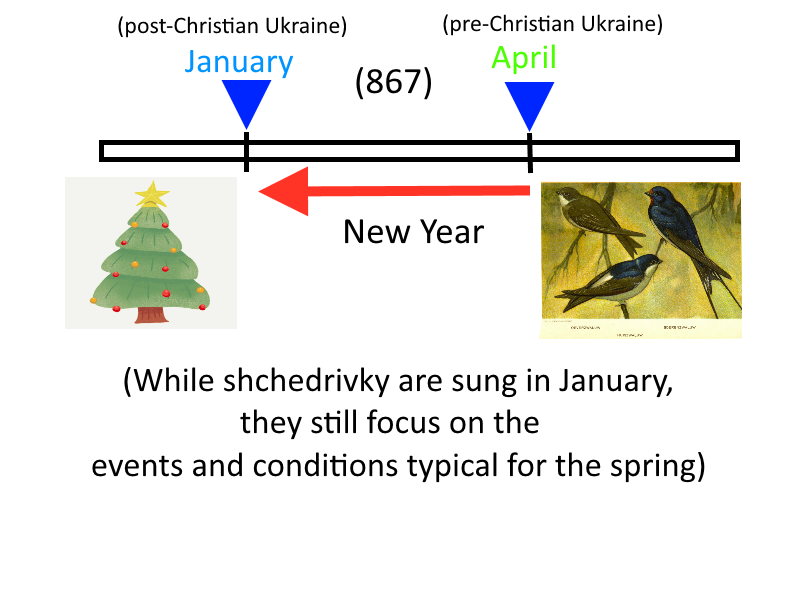 So, Mykola Leontovych have taken “the seed” of the "Shchedryk" from Ukrainian folklore and grown from it the famous masterpiece.

"Shchedryk" was originally sung on the night of January 13, New Year's Eve in the Julian Calendar (December 31 Old Style), which is Shchedry Vechir.
In Ukraine, the song is currently sung on the eve of the Julian New Year (January 13).
(Shchedryk (song))

"Shchedryk" was first performed by the chorus at Kiev University in 1916 and was very successful.
However, it lost popularity after a while in Ukraine but gain some popularity in America once the Ukrainian National Chorus performed it there in 1921 at Carnegie Hall.
So just like swallows migrate from Ukraine (and other countries) to other continents, "Shchedryk" migrated to USA. 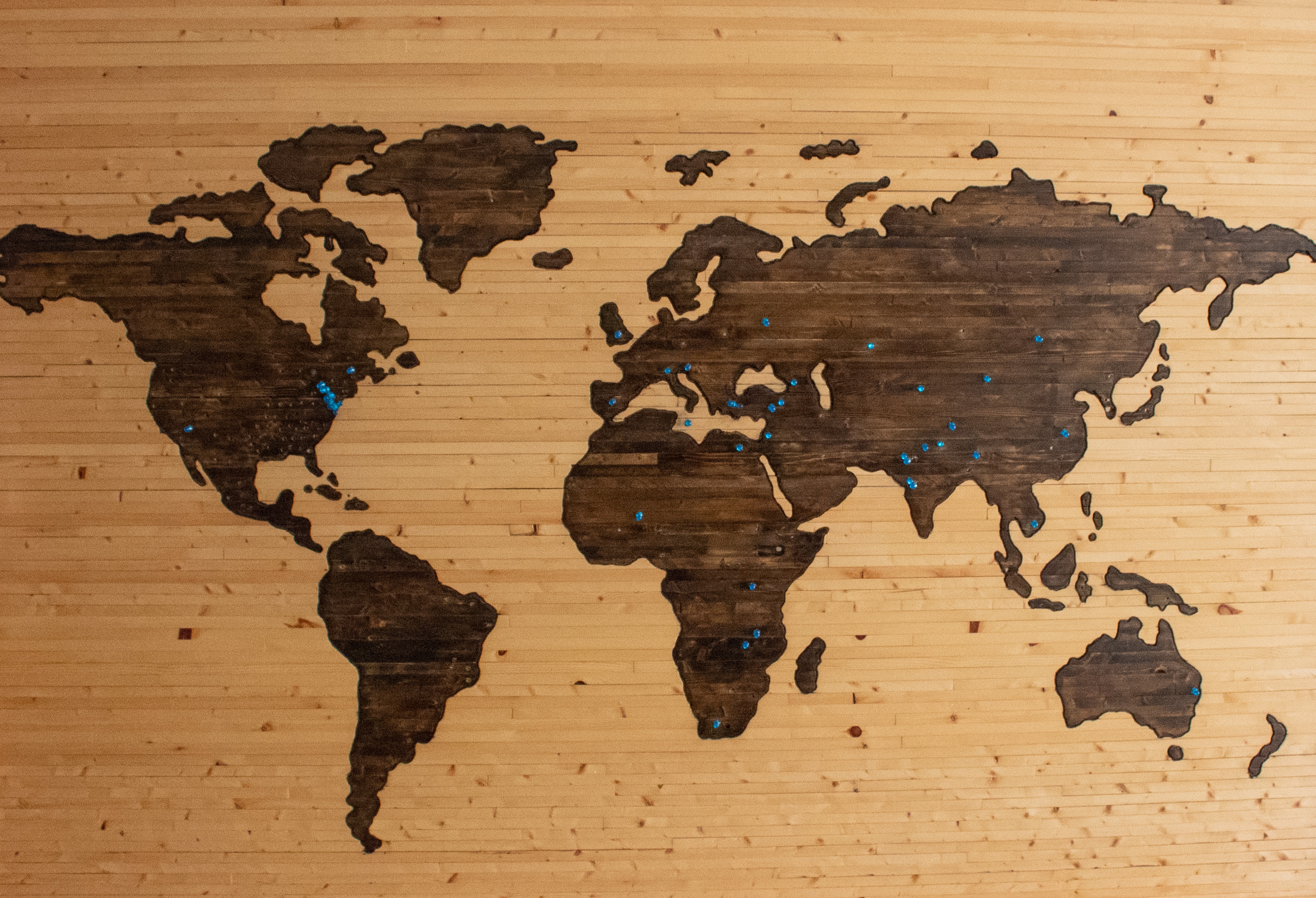 Peter Wilhousky, who worked for the NBC (National Broadcasting Company), adapted the melody for orchestra and changed the lyrics.
Instead of using the swallow, Wilhousky reimagined the "Shchedryk" and build the story around the bells binding it to Christmas instead of the New Year.

While "Shchedryk” is qualified as shchedrivka, the English versions is considered as kolyadka (Christmas carol). 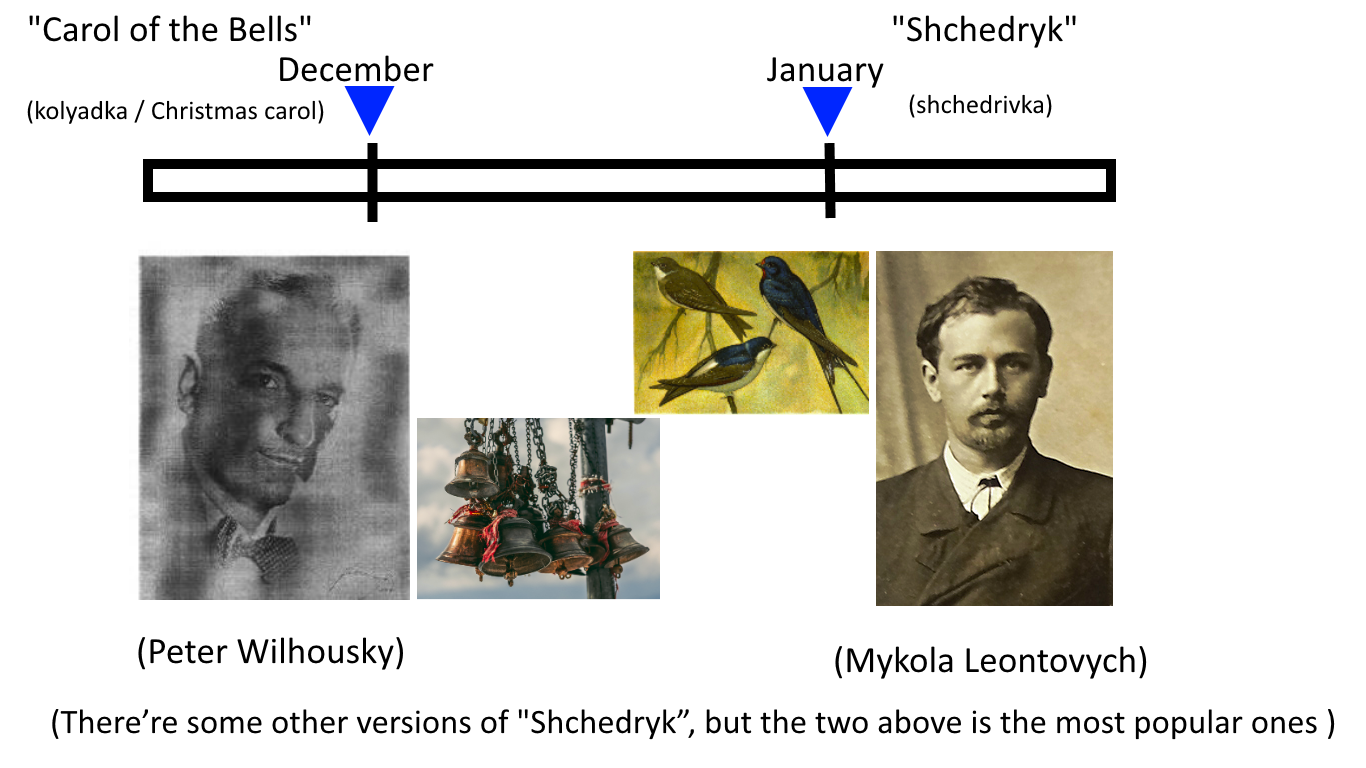 There’re some other versions of "Shchedryk”, but the two above is the most popular ones appearing in popular culture.
However, seems like the version for guitar I played is gaining popularity.
The version was created by a genius – Dmitry Kondrashov (Дмитрий Кондрашов) (see the video on YouTube called "Щедрик на гитаре").

I have a long way to go to play like him.
I heard this version this summer and I wanted to learn to play it very much.
However, I didn’t have a capo.
The present situation in my city (and my region) is that I cannot find and buy it. There’s just no stores where you can buy it in my region currently.
And I didn’t have enough “mental power” to rearrange the composition so that I could play it without it.
But,

Thankfully, several weeks ago I realized that I can show a little creativity and came up with 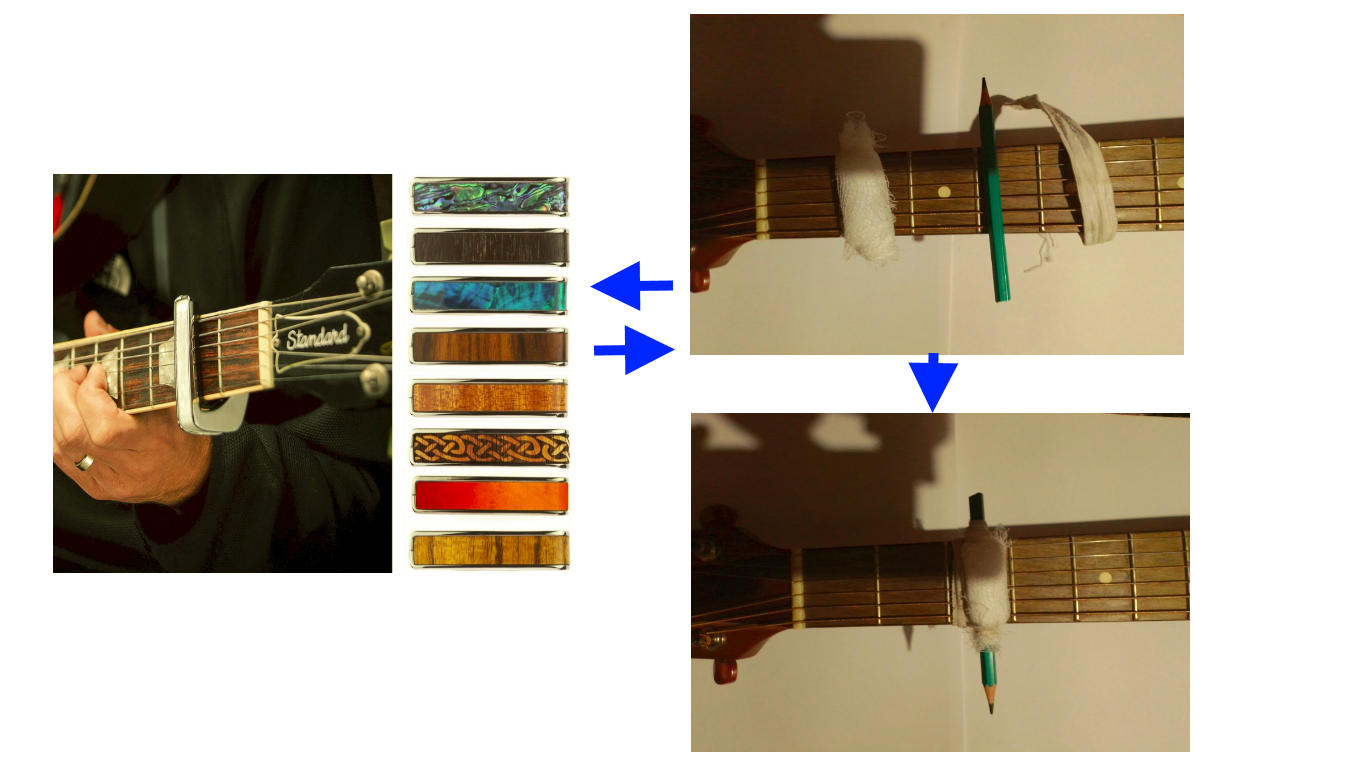 (the source for the image on the left; the images on the right and the overall image were created by me)

Yes, you can use a pencil and elastic band quite successfully. But I guess this might be the reason for your guitar to play out of tune (which I see happened in my case as well, no matter how I’ve tried to tune my instrument).

Come join us on discord