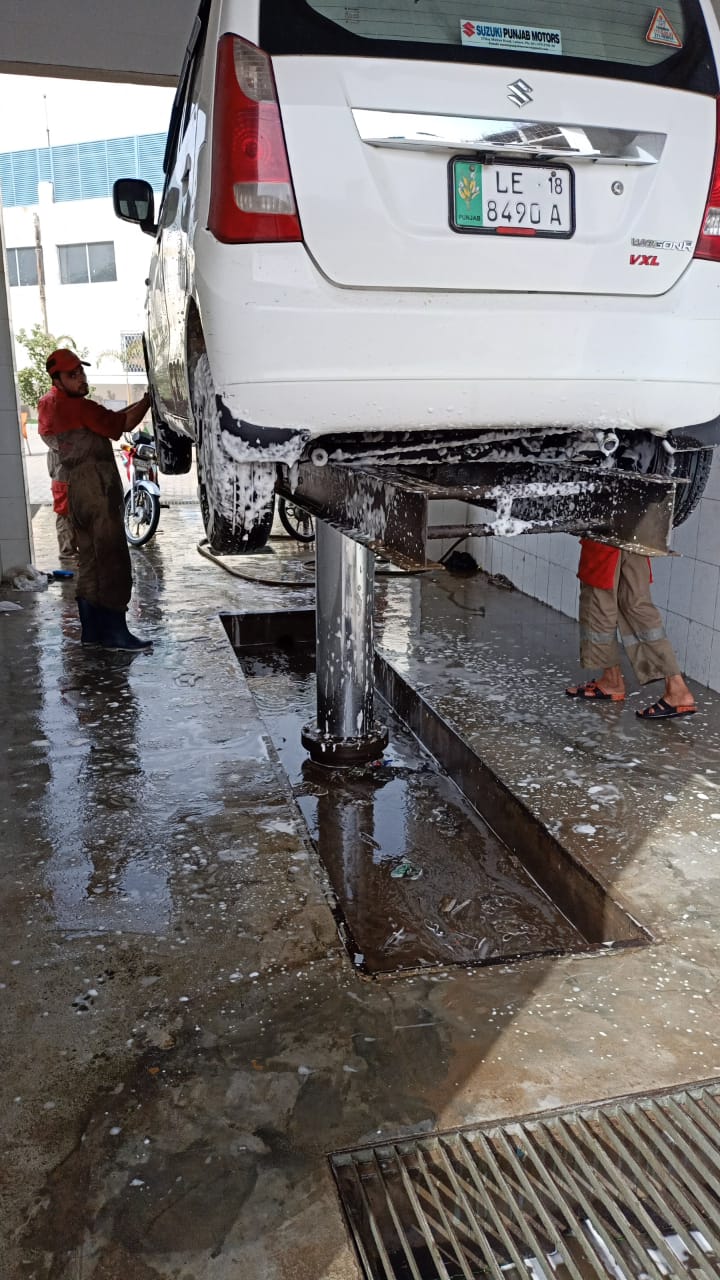 Hello friends, I pray to Allah Almighty to keep all my friends safe and have more facilities for them. Friends, I will talk today. It is easy to get a car for your car, but it is very difficult to keep a car. To take care of the vehicle and to save it from accidents at all times and to change the engine oil on time and also to pay attention to the air filter and oil filter and to repair the vehicle breakdown on time. There is a responsibility. I also went to get my car to work today and I checked the filter of the air conditioner and the mechanic must have made a mistake. He left the water pipe open and the car was filled with water.

Now I will tell you the details of my whole day, how my day went today to perform the Fajr prayer in the morning when I reached the mosque, recited the Holy Quran for a while and then I offered the Fajr prayer Later I came home and drank water and I told my wife to prepare breakfast. I have to take the car out. Hasnain has prepared it till today and I got out of the house after breakfast and where I drove. When I got there, I cleaned the car and went to the mechanic. I had to do some work on the car and the mechanic started working. The guy with the mechanic opened the air conditioner filter and checked it. Forgot to put the pus which caused the car to get full of water and the car started to stink then I took the car to the service station

Going there first they put the car on the ramp and cleaned the car from inside with high pressure air and opened the car seats and put it on one side. Today I had to do the general service of the car. They open the setting and put it outside and serve it well. They started working on the car. I also shared their hands with them and kept telling them what to do. If the driver didn't tell them, they would have left the work unfinished. You have to work on them

We have Pathans service point and they guys love service very much. Whenever I have to wash the car, I go there. Four boys were busy working on the car. The car seat was opened and put outside. Was and the car was empty from the inside all the luggage of the car was put outside and now they were washing the car thoroughly from inside I was also sitting nearby watching what they are doing you take time on general service The whole day is wasted and no one can work. The car has to be opened first and then they have to close it. They take everything out, wash it and put it inside.

All the luggage of the car was taken out. The car was emptied from the inside in which the jack and all the luggage were taken out. The plastic part of the gear part was also taken out from under the car. He also had to wash the attached cleaner. He was busy with his work. I kept a close watch on the luggage so that nothing would get out of place because the small knot bolts are lost and difficult to find later. You can see

I also sat and rested for a while and watched when the work of the car would be completed and when I would go to work. After four hours my work was completed. The water of the car dried well and they began to fit the goods halfway. It took about an hour to fit the luggage. After that I checked the car thoroughly and there was nothing left. Whenever you make a service noise of the car, check the luggage of the car first and also check the jack later. All this is the responsibility of others. Friends, you have seen my busy schedule today and I have also told you with full details. All friends will take care of themselves. By Allah.

@akhtarabbas
Welcome to this community.

Keep up your good work.

Your post is very nice and on your photography .