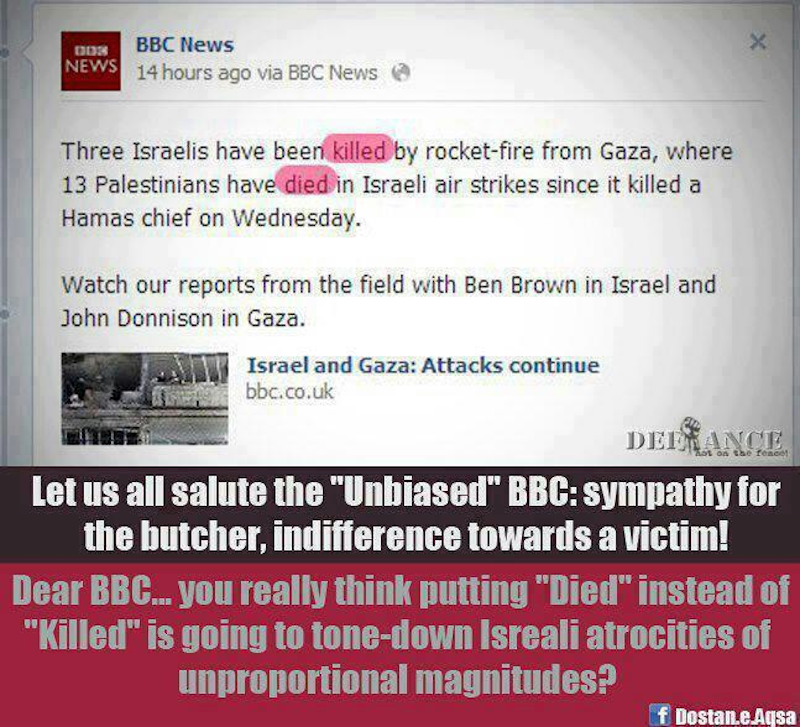 Media is a very powerful tool that's why those with money invested in it much and we ended up having moguls and other moguls who keep praising each other to think they're the idols people should look up for and get their unbiased news from, until they're exposed.

Sadly, our last 10 years experience in Syria with the western mainstream media not only unpleasant, but their bias is also disgusting, that's nothing new for us, we're used to their lies, however, during the NATO war on Syria the western mainstream media kept showing its ugly faces in the recurring running for decades issues like the Palestinian struggle to liberate their lands.

What we really don't understand how can western people, supposedly educated, fall into the same trap time and again and believe the lies of the same liars and continue to get their information from them?

This simple example by the BBC from the days Israel attacked Gaza in 2012 speaks volumes::

I read from the posts of our friend here @arabisouri this American proverb he repeated several times: Fool me once, shame on you, fool me twice, shame on me. I truly believe the second time is already a choice, I'll leave for you to determine the definitions of the following times you're being deceived by the same culprits who lied and justified the endless and continuous intervention wars by NATO against a long list of countries around the world.