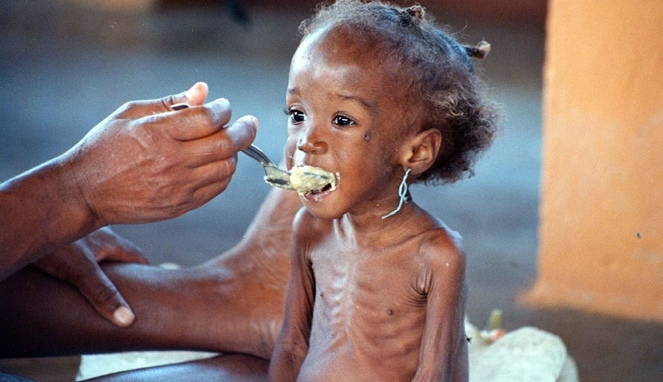 I will discuss a little about the portrait of poor life in the world, the social gap between the rich and the poor is a problem that many countries face, in fact almost all countries experience the problem of poverty, even when we watch it on various television shows it is very heartbreaking where some of our brothers feel hunger and thirst, even they endure hunger and thirst for days, like the little things that are experienced by the eastern African country of Malaysia in a source news source that I read they sell urine to survive, there is even a program called urine wealth that holds urine to be exchanged for money.

therefore I move my heart to write a little about the sadness of the poverty of this world with the hope that the Steemingzen community and all other communities that take shelter under Steemit, will be open and moved to share a little of our income with those in need in the steemingcharity program organized by @steemcurator01 you only need to donate 30% of your post revenue to the @steemingcuration account with the tagging steemingcharity10pc so from that you have donated 10% to world humanitarian charities, it's really an extraordinary program isn't its.

here are some photos I took from various sources:

a child is enjoying a meal
Picture

children are waiting in line waiting for food rations
picture

they look for sustenance by scavenging in the trashpicture

people with uninhabitable houses along the railroad trackspicture

when we see the photos above it really makes our heart sad and it feels like crying remembering their fate and if I and the readers were all in their position what should we do, really we would cry every day to hold back thirst and hunger.

in the following I also want to share by writing down 3 poor countries in the world.

that's a little knowledge from me about the world's poor countries ... and hopefully we are concerned and help them.

Hi, what's up? I stop by to inform you that your post has been selected to be suggested to the community support program , whose support is directed by the #booming team. Congratulations! and keep up the good work. If you haven't, check out the Steeming Community Important Announcements post.

thank you for choosing my post ... even though I didn't get the sound from the boom, at least I was happy for the attention you gave to my post.

Sooner or later the help comes 😊

I hope so, we have to help them