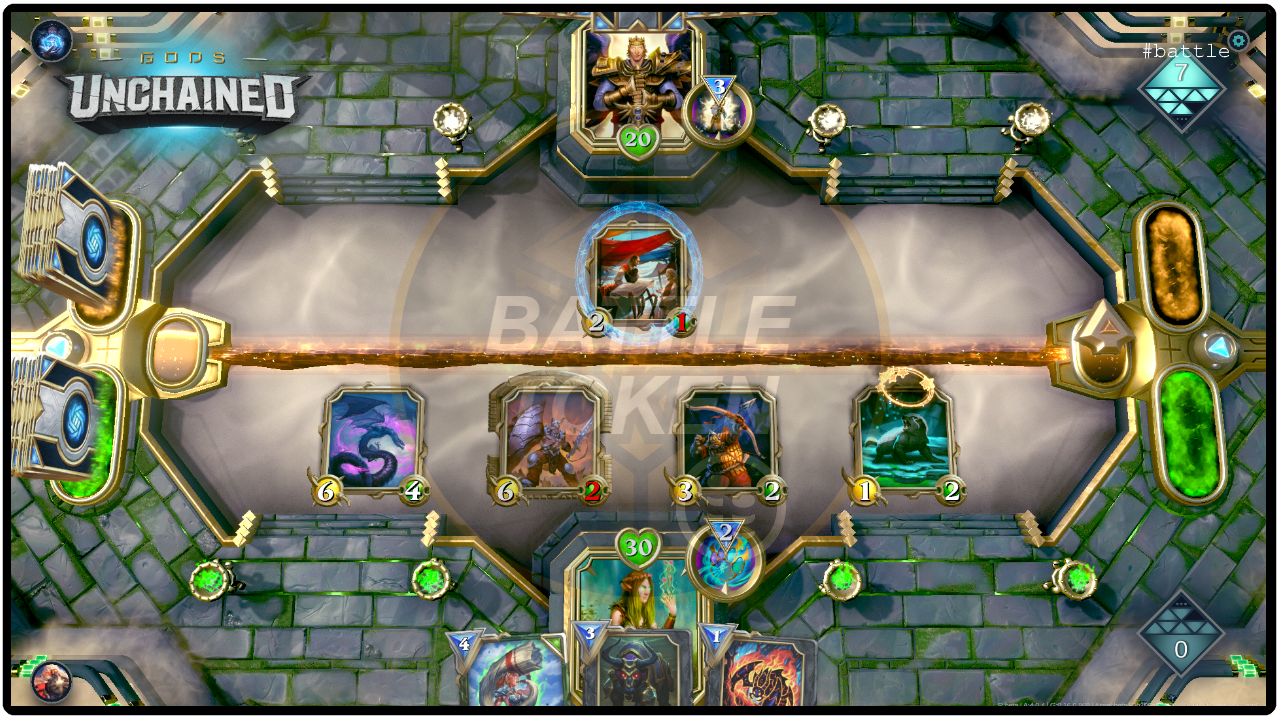 This blockchain based digital collectible card trading game is loads of fun!

Thank you @philippekiene for the Beta Key. Let's Play!

Gods Unchained is a decentralized competitive card game that takes some of the best lessons learned from games like Hearthstone, MTG, and Faeria and turns them into a truly community-focused game. At its core Gods Unchained is a state of the art blockchain-based game, enabling users to trade and sell their cards freely, with the same level of ownership as if they were real, tangible cards.

The Core set of cards which is comprised of hundreds of cards are all free to play. The cards from this Core set are not tradeable on the blockchain.

Additional cards sets that can be earned or purchased are more unique and are tradeable, so in some ways this game is free to play, and in another sense it has a similar pay to win system such as splinterlands where there is a cost to building your "dream deck". Kudo's the Gods unchained for making the core set free to play, this will go along ways in attracting more users!

Runs on Ethereum But How?

Absolutely! Although all the cards are stored on Ethereum, players will only interact on the network when they want to purchase new cards or transfer their existing ones. All other events in the game will run using industry standard technologies like Unity, allowing gameplay to be indistinguishable from other games that don’t employ distributed ledgers, while permitting a huge user base without noticeably weighing down Ethereum’s network. It’s kinda awesome (but we’re biased).

I'm only a few games and loving it!

I'll be posting more down the road when I find more time to sink into this bad boy..

Glad your liking it... I haven't had a chance to touch it for days now. still on level 12. Will have to give you a battle soon!
!BEER

Cheers for the beer! I really dig the deck making, looking forward to constructed matches down the road.

Hey @agr8buzz, here is your BEER token. Enjoy it!

Do you already know our [BEER Crowdfunding](https://goldvoice.club/steem/@beerlover/let-s-grow-and-update-the-beer-token-huge-crowndfunding-as-crowdsale)
15.08.2019 17:16
0
Drop image here…
…