Ripple (XRP) Price Analysis: Can The Uptrend Proceed, What Are Key Levels and Price Targets? 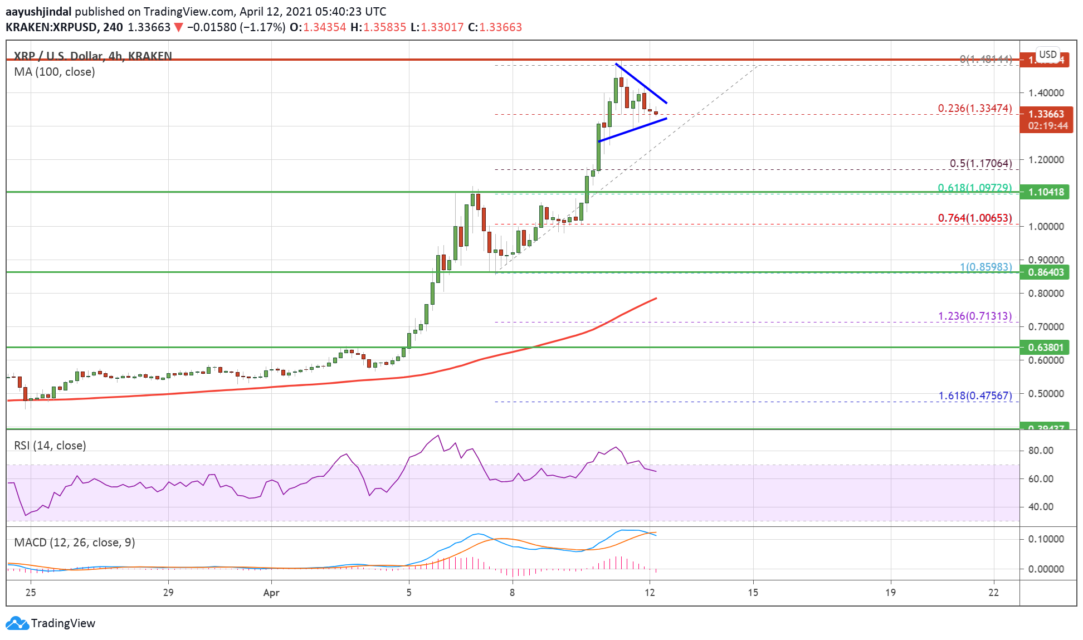 Ripple pushed its rise above the $ 1.20 resistance zone against the US Dollar. #XRP price is currently consolidating gains and is likely to rise above $ 1.40. According to the technical analysis of NewBTC's Aayush Jindal:

Ripple rose to $ 1.50 before declining against the US dollar.
The price is currently trading well above $ 1.15 and the 100 simple moving average (4 hours).
There is a significant contracting triangle formation on the 4-hour chart of the XRP / USD pair with support close to $ 1.31 (based on #Kraken data).
The pair is likely to start a new rally if the $ 1.40 clears the resistance zone.
🚨Ripple (XRP) Holds Support Well🚨

Over the past few days, Ripple 's XRP has seen a strong increase of over $ 1 unlike Bitcoin and Ethereum . XRP has overcome many hurdles around 1.20 to move into the positive zone.

ripple xrp price analysis can trigger a new uptrend What are the key levels and price targets?
There is also a major contracting triangle formation with support near $ 1.31 on the 4-hour chart of the XRP / USD pair. The pair settled nicely above the 50% Fib retracement level of the upward move from $ 0.8598 to $ 1.481.

The next major support is near the 1.25 level. Further losses could require a drop towards the $ 1.12 support zone in the coming sessions.