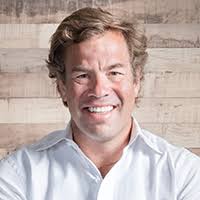 Ripple hired Brooks Entwistle to accelerate its work across Southeast Asia. Entwistle, who previously held managerial positions with names such as #Uber and #Goldman #Sachs, will be responsible for work in Southeast Asia.

Brooks Entwistle, who has 30 years of experience in the finance industry, will serve as Ripple's Southeast Asia Managing Director. The head of the Singapore office will direct partnership efforts across the region.

Entwistle was Uber's CBO before switching to Ripple; Before that, he headed the Southeast Asia office of Goldman Sachs.

🚨10 times bigger in 2020🚨
➡️Ripple works with financial institutions such as BKBKK #Forex, #Siamommercial Banknk, #iRemit, #DeeMey in the region.
➡️Southeast Asia is considered the fastest growing market for RippleNet technology.
➡️In n 2020, #RippleNehad twice as many partnerships as the previous one, and RippleNet transactions increased 10 times year on year.
➡️It was announced that Siam Commercial Bank in Thailand made more than 500,000 transactions using RippleNet in 2020.
➡️The finance company iRemit in the Philippineses uses #ODL and P infrastructure when transfeferring #money inrnationally.