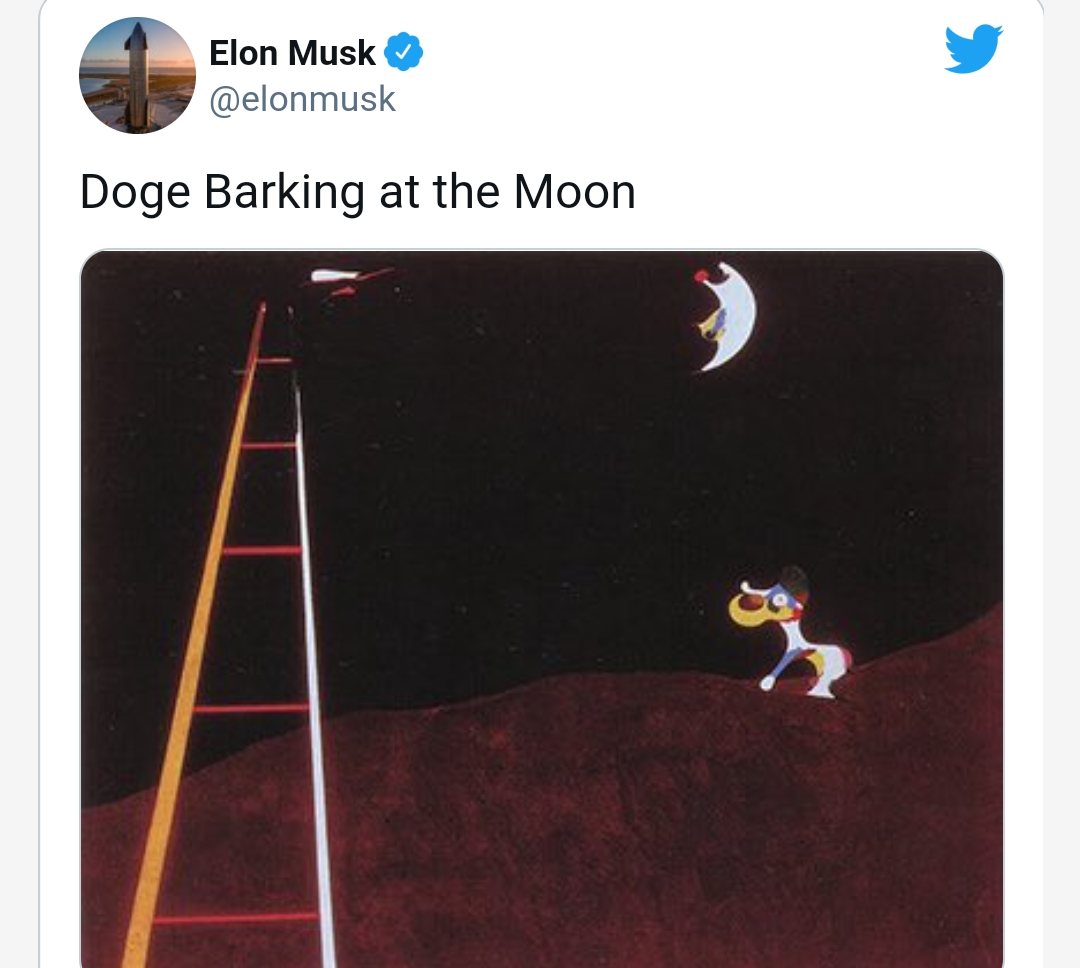 Dogecoin ( #DOGE) has not seen much support from #Elon #Musk for the last month. After a long hiatus, he continued his rise, which he had already maintained after Musk's tweet.

Famous entrepreneur and CEO of #Tesla and #SpaceX, Elon Musk tweeted about Dogecoin for the first time after almost a month-long hiatus. After a series of cryptic tweets featuring emojis, Musk shared a work by the Spanish painter and sculptor Joan Miró. While sharing this work, Musk used the words "Doge Barking at the Moon", referring to his favorite crypto currency. The original title of the work is " Dog Barking at the Moon ".

DOGE has come very close to its all-time high, up almost 12 percent since Musk's tweet. Last month, cryptocurrency trader Andrei Badoiu developed a bot that automatically buys Bitcoin every time Elon Musk tweeted . The billionaire can influence the prices of cryptocurrencies with any Twitter post.

↘️Dogecoin (DOGE) Price
Dogecoin entered the top 10 in terms of market value yesterday, and was pushed out of the top 10 in the evening due to Chainlink's ( LINK ) attack. But after Musk's tweet, DOGE managed to settle in 10th place again. DOGE was trading at $ 0.137681 at the time of writing.