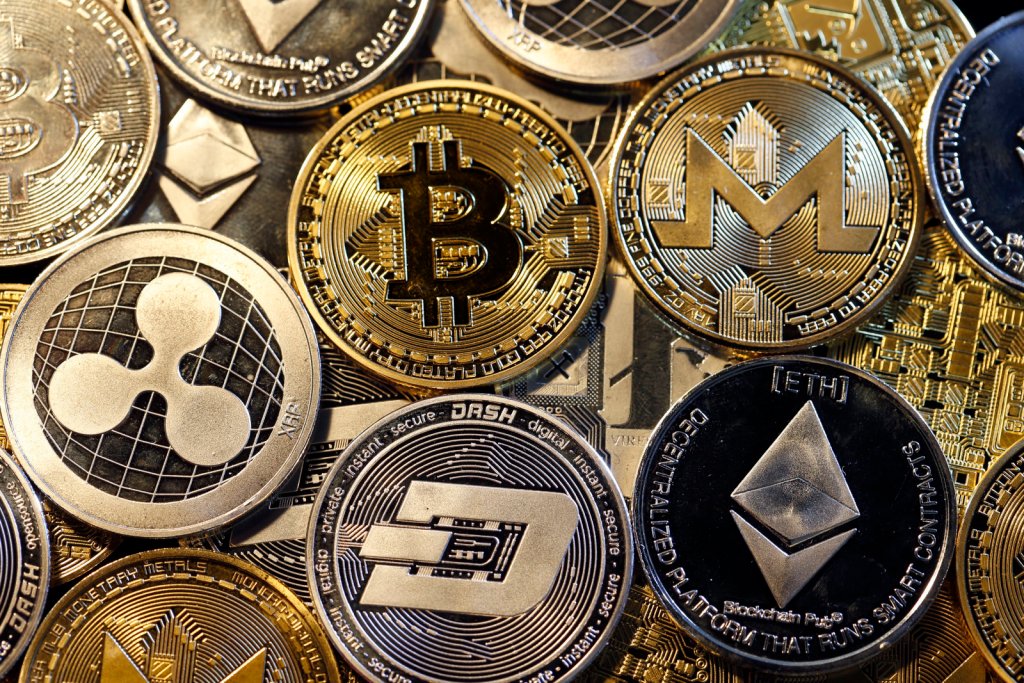 Although #Bitcoin has struggled to recover from its recent collapse, #Ethereum is heading towards a new high and encouraging several altcoins to recover.

JPMorgan strategist Nikolaos Panigirtzoglou believes that if Bitcoin (BTC) does not rise above $ 60,000 in the next few days, the momentum signals could weaken “for a few months despite still high levels”.

Another bearish voice was the voice of the Guggenheim chief investment officer Scott Minerd, who said in an interview with #CNBC on April 20 that Bitcoin appears to be at high levels and is at risk of a correction of between $ 20,000 and $ 30,000.

Minerd said that such a big drop would be part of a normal market cycle and that it would not change its long-term target of $ 400,000 for Bitcoin.

However, many analysts, including statistician Willy Woo, opposed technical traders' bearish predictions with blockchain indicators. Woo pointed out that 14% of Bitcoin's supply has recently surpassed the $ 1 trillion market cap, thus making it a strong support, making it less likely for Bitcoin to fall below $ 53,000.

A recent survey by the #Gemini crypto exchange showed that 13% of respondents plan to invest in cryptocurrencies in 2021. Gemini, who evaluated the figures according to the US population, said that 19.3 million adults could join the crypto space this year. "

Let's analyze the charts of the top 10 cryptocurrencies to spot trends and then identify paths that show the least resistance.

🔥BTC / USDT
The bulls are descending to the $ 54,000 level as seen from the long tail on the candlesticks of the past three days. However, buyers could not overcome the barrier in the 50-day simple moving average ($ 56,769) turning into resistance.

The 20-day exponential moving average ($ 58,280) has begun to decline and the relative strength index (RSI) is trading below 43 indicating that the bears are in a slight hold.

If the price falls from the moving averages, it will increase the probability of falling below $ 54,000. In such a case, the BTC / USDT rate could drop to $ 50,460. Bulls are likely to defend this level aggressively.

If the bulls can push the price above $ 60,000, this negative view will become invalid. Such a move will show that traders continue to buy at lower levels. A breakout at an all-time high of $ 64,849.27 could start the next leg of the upward move, attracting momentum traders.

🔥ETH / USDT
Ethereum (ETH) bounced strongly from the $ 2,040.77 level on April 20, indicating that the bulls were buying aggressively at lower levels. Successful retesting of the $ 2,040.77 breakout level is likely to attract more purchases from short term traders.

The upward moving averages and the RSI in the positive zone indicate that the bulls are in control. If the bulls can push the price above its all-time high of $ 2,545.84, the ETH / USDT rate could gain momentum and rise to the next target of $ 2,745 and then $ 3,000.

Contrary to this assumption, if the price falls from the overall resistance, several days of consolidation between $ 2,040.77 and $ 2,545.84 is possible. Should the rate drop below $ 1,900 and continue, the advantage will shift in favor of the bears.

🔥BNB / USDT
The bears' inability to keep Binance Coin (BNB) below the 20-day EMA ($ 476) on April 18 attracted purchases on April 19. The momentum has further increased on April 20 and the bulls are now trying to push the price up. The price continues its upward trend towards its all-time high of $ 638.56.

Exclusive to Cointelegraph, the VORTECS ™ Score is an algorithmic comparison of historical and current market conditions derived from a combination of data points such as market sentiment, trading volume, recent price movements and Twitter activity.

While the market was still thinking about the direction of the next move, the VORTECS ™ Score strengthened and BNB also rose, reaching $ 608.31 after about 16 hours.

If they are successful, the BNB / USDT pair could begin its journey towards its next target towards $ 832. Rising moving averages and the RSI near the overbought zone suggest the path of least resistance is up.

However, bears are unlikely to give up easily. They will try to form a stiff resistance in the $ 600-638.56 resistance zone. If the bulls don't leave much room, it will increase the likelihood of the resistance zone breaking.

Conversely, if the price drops below $ 520, the bears can make another attempt to break the 20-day EMA. A break below $ 428 could result in a deeper correction.

🔥XRP / USDT
The bulls are aggressively trying to defend the 20-day EMA ($ 1.26). This shows that sentiment in XRP remains positive. Slowly rising moving averages and the RSI in the positive zone point to a small advantage for the bulls.

The XRP / USDT pair could rise to $ 1.56, where bears are likely to show stiff resistance again. If the price falls from this resistance, the bears will make another attempt to lower the price below the 20-day EMA.

If successful, the pair could extend the decline from $ 1.10 to the 61.8% Fibonacci retracement level. Conversely, a break above $ 1.56 could put the bulls back into the driver's seat.

🔥DOGE / USDT
The bulls tried to maintain the uptrend in Dogecoin (DOGE) on April 19, but failed to unblock the all-time high of $ 0.45. The price fell sharply from $ 0.43, indicating that traders were making a profit on the rallies.

The DOGE / USDT pair created an intraday candlestick pattern suggesting there is instability between the bulls and bears today. If the price drops and breaks the $ 0.27 support, the pair could drop to the 20-day EMA ($ 0.19).

A strong recovery in the 20-day EMA will indicate that the bulls are continuing to buy at lower levels. However, after such a deep correction, the next leg of the uptrend can be delayed.
If the 20-day EMA support is broken, the sale may intensify as a few traders stuck at higher levels can afford their losses. The price could then drop to the 78.6% Fibonacci retracement level at $ 0.14.

Fixed moving averages and the near-midpoint RSI indicate that the pair may stick to the price range between $ 1.03 and $ 1.48 for a few more days.

If the bulls push the price above the $ 1.48 resistance or the bears break the pair below the $ 1.03 support, the next trend move could begin.

🔥DOT / USDT
Polkadot (DOT) bounced off at $ 31.55 on April 20, but buyers are struggling to continue with the initial recovery today, making them hesitant to buy higher.

The falling 20-day EMA ($ 38.96) and the RSI in the negative zone show that the bears are dominating. If the price falls off the moving averages, it will show that the traders are selling on the rallies.

This negative view will become invalid if the bulls push the price above the moving averages. Such a move would open the doors for the rally to $ 42.28 followed by an all-time high of $ 48.36.

🔥UNI / USDT
The long tail on the candlesticks of the past three days indicates that the bulls are building strongly at the lower levels. The acquisition has gained momentum today and the bulls are trying to push and maintain Uniswap (UNI) above the $ 35.20 resistance.

If they manage to do so, the UNI / USDT pair could retest the all-time high of $ 39.60. A break of this resistance could mark the beginning of the next leg of the uptrend, and this level could reach $ 44.88 first and then $ 50.

If the price falls from the current level and drops below the 20-day EMA, this positive view will become invalid. Such a move could keep the pair tied to the price range for a few more days.

On the contrary, if the price drops from $ 270.12, it will show that the sentiment has turned negative and the bears are selling on the rallies. This will increase the probability of falling to the 50-day SMA ($ 216).

🔥BCH / USDT
The bulls successfully defended the support at the 50% Fibonacci retracement level at $ 828.24. Bitcoin Cash (BCH) could now rise to $ 1,041.70, where the bears could show stiff resistance again.

Contrary to this assumption, if the price drops from the current level and falls below the 20-day EMA ($ 797), it will increase the likelihood of a deeper correction. The 61.8% Fibonacci retracement level of $ 737.31 could serve as a support, but if it breaks, the pair could drop to the 50-day SMA ($ 618).