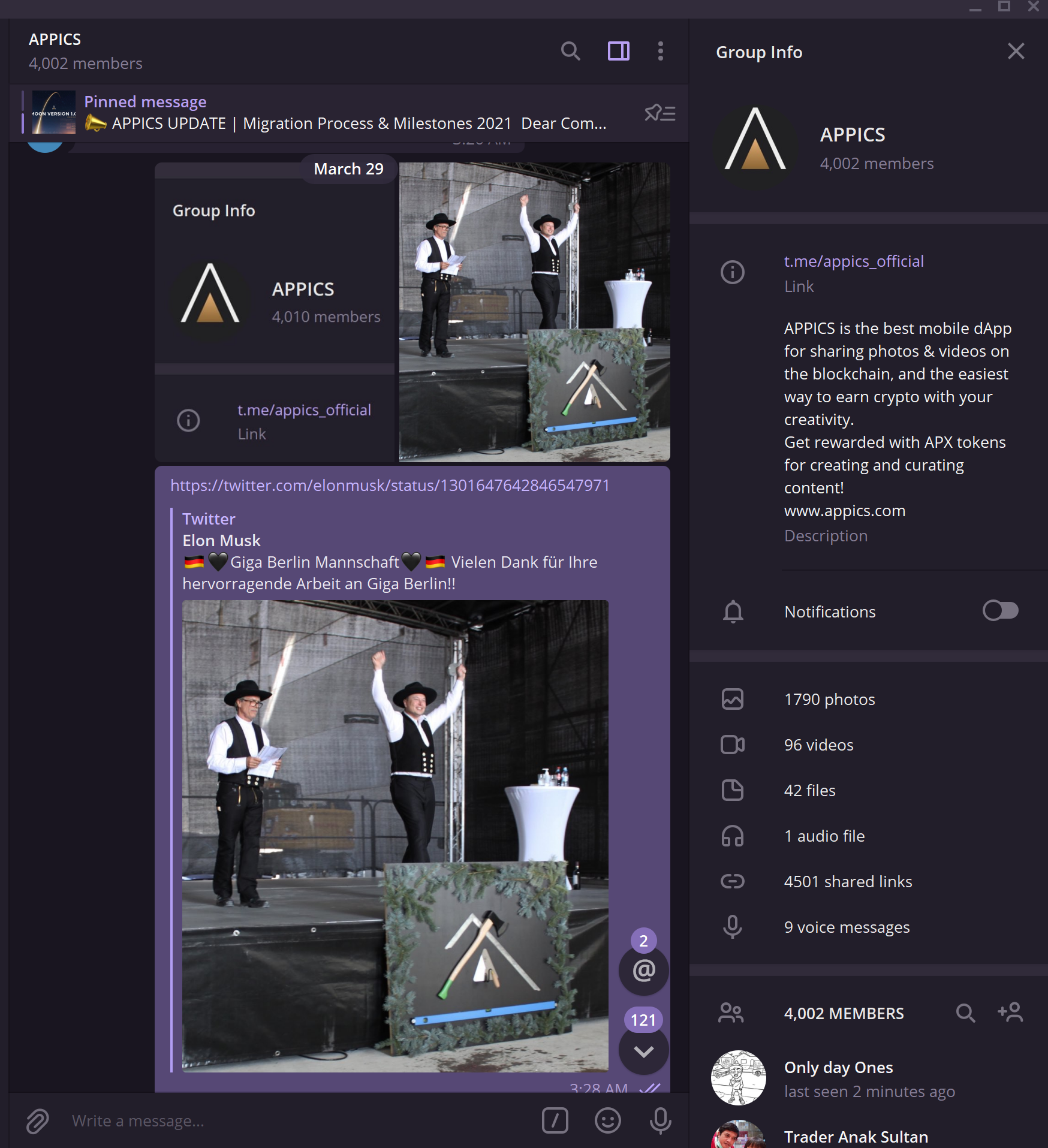 did you know elon musk and grimes are on @appics blockchain called @hellotelos https://telos.net through Grime's (elon's gf) app called newlife which is on telos which shares the blockchain with appics which is also on steem?

steem will go to $1000 and we will be able to gift a lot of dogecoin to every citizen of Ghana.... only $0.05 each maybe elon musk will donate $1.5 million dollars to buy the 30 million or so dogecoin 1 for each resident of Ghana who registers on steemit to prove their Nationality

stay connected with us.