MAP Rewarder: More Details on the MAPR Token for Delegators and Investors - 25 July 2019 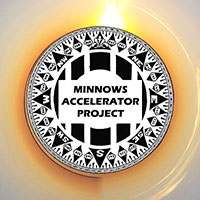 As promised, some more details about the coming MAPR token and how that will affect the weekly distribution of STEEM profits. Before looking under the bonnet, worth just outlining the philosophy behind the structure of the whole program. The best analogy is the split-level investment trust, which usually has two (or more) different classes of shares, the most obvious distinction being between capital shares and interest-bearing shares. Investment trusts can have quite complicated share structures, somewhat like running multiple smart contracts on a fund.

For the MAP Rewarder fund, tokens will give it the freedom to grow its capital base compared to being confined to the restrictions of SP and powering down. The investor now has two different ways of participating in the program: either by delegating or by buying MAPR tokens, or both. The fund, and its investors, now have the opportunity to compound weekly earnings and to hold positions in other tokens that can yield income in addition to that generated by SP. I have been looking for ways of achieving these aims some months ago and am pleased to finally be able to implement this broader vision using the Steem Engine DEX.

Now, the way MAP Rewarder has been run for over 18 months looks like one account managing one pool of STEEM, but in reality it has always had two different types of STEEM: the investment from delegators plus the account's own Steem Power (SP). The SP and the delegated SP work in slightly different ways. Delegations can come and go; I have no sway over that. I do have some measure of control of the SP but, as most earnings come in as SP, I also have to be on a rolling power-down in order to generate the liquid STEEM necessary for the weekly payouts.

What the new token really does is to take that SP and externalise it into a more fluid and dynamic part of the MAP Rewarder fund. What may seem like an extra step, turning MAPR tokens into STEEMP and then into STEEM, is just a minor consequence of liberating that SP into SP-plus-STEEMP. I expect many delegators already have a portfolio of tokens, so that MAPR becomes just another holding that can be traded within the Steem Engine environment. What may be a small cost to some as they out-exchange their STEEMP may well be a small saving for those who do not need to in-exchange their STEEM.

One important point is that MAP Rewarder already has holdings in various tokens, not just our other projects such as MAPX and ONECENT. Such holdings do not appear on the Steem blockchain and hence are not formally part of the SP, but they have been generating profits and have been included in the weekly profit distributions. What the MAPR token also does is open up the flexibility of taking profits from other trades, then using them to pay those token-holders who wish to sell, all without having to keep exchanging STEEM in and out of the DEX.

So, going back to the split-level investment trust model, delegators are essentially receiving dividends on their delegations; such dividends will be paid out as MAPR tokens instead of STEEM. The MAPR token-holders, whether buyers or delegators being paid out, hold the capital of the fund which will be the expanded SP-plus-STEEMP. The fund is managed on a daily basis and the weekly profits calculated just as now. However, the delegators and the token-holders (which includes those delegators holding on to their MAPR) will receive their share of the distribution in slightly different ways.

Firstly, the distributed profit is calculated in STEEM and then as a percentage for the week. Weekly percentages have tended to be in the range of 0.3-0.4%, equivalent to about 15.5-20.5% APR. Everyone will benefit from such a profit, yet in slightly different ways. Token-holders will see the MAPR price on the market increase by that percentage. Delegators will receive tokens that can then be sold at that new value.

Some points to note here, the MAPR market is an open marketplace and traders can decide to open orders at whatever price they wish. We can do nothing to stop this. For example, if a delegator feels that our BUY price is too low and wishes to sell his tokens at a higher price, such as just below our SELL price, then he is free to do so. Our only promise is that the liquid funds from the power-down of SP will be made available to fund that week's new price-point; we cannot hold such funds for specific individuals who may decide to trade days later. Note also that our holdings of other tokens may be used in such cases to fund any buy-backs.

Secondly, every Steemian knows that powering down SP is a long process; some unstaking of tokens can also take weeks. Powering up SP is also necessary to generate profits as and when MAPR tokens are sold. Some of those funds can now go towards other tokens and some converted to STEEM and then SP. The point here is that nearly all invested funds have some kind of lock-in period and therefore require un-locking if the need arises to use those funds elsewhere, be it a change of investment or to pay for token buy-backs. Everyone is aware of the systems as they currently exist and although we do not as yet have MAPR staking we are still subject to the timescales of other tokens and of SP itself.

The mathematical model that enables this two-tier system to operate simultaneously has been developed and tested by myself. Any challenges that may arise due to being live on a token trading platform will be managed in the best interest of the fund and all parties with interests in that fund. The MAPR tokens have not been distributed for free in a massive airdrop; every token-holder has either paid for or earnt that token. I trust that every such MAPR investor is also looking after their own best interest.

The aims of MAP Rewarder have not changed since its inception some 18 months ago. In that period we have produced weekly payouts well above author rewards and often higher than bidbots and vote-sellers. This has not happened by accident. I had looked at expanding MAP Rewarder many months ago but decided that Bitshares was not an intuitive platform for many delegators and investors. Fortunately, the Steem Engine DEX was developed and launched and this opens up a new phase in the MAP Rewarder fund. The new MAPR token will be managed in the same way as the fund has always been, just with added fluidity and flexibility to expand.

This new structure opens up possibilities for investors to be either delegators earning income or token-holders increasing capital, or a mixture of both. It also lowers the entry point to new investors as they can now participate with just buying some MAPR tokens. In essence, tokenising the MAPR fund gives our investors alternatives to the delegation-only protocol, with its restrictions of powering down and of undelegating, and also gives us the freedom to compound earnings and to invest in new instruments. We also promise to ensure market liquidity and transparency so that investors may participate with confidence.

Tomorrow will be a surprise. 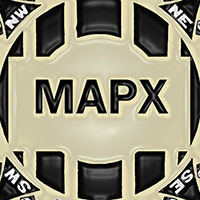 Congratz, your post has been resteemed and, who knows, will maybe appear in the next edition of the #dailyspotlights (Click on my face if you want to know more about me...)
Check the rules of the Daily Spotlights if you want to nominate someone!
Pixresteemer is also listed as promoter on The Steemians Directory
25.07.2019 10:26
3
#

Great to hear how this works. Agreed this is much better than the power down cycle.

Thanks, although the power-down cycle will continue to play a role and I shall keep it going. At this new phase, income from SP remains important - we shall see going forward what the balance will be between SP and STEEMP earnings.

I have just one MAPX token, can you simply tell me what I can do with it and what's the benefit, your write ups above is too complicated

The above post is about MAPR, not MAPX. See @map10k for posts about MAPX.
The more detailed summary for MAPX is:
Each MAPX token represents a 0.1% share in the daily voting power of the @map10k account. If you don't post for a day then the VP is used to earn. Earnings increase the underlying SP in the @map10k account so the value of the upvote should increase over time.

Thank you; couldn't have put it more concisely.