The Panathenaic Stadium in Athens!! The only stadium in the world made of marble! 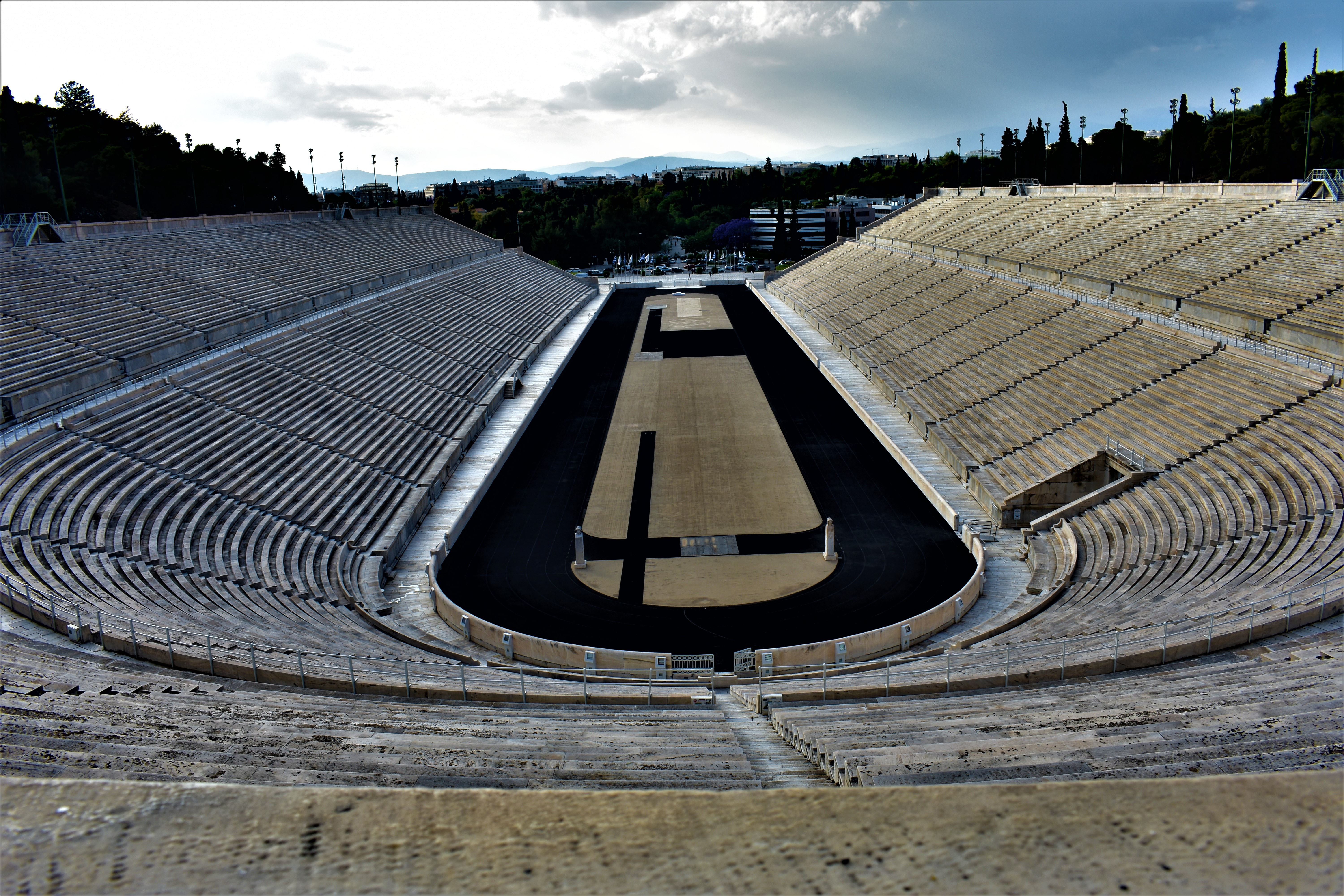 Hello my friends. Today I will write about one of the most important sights of Athens the Panathenaic Stadium, a real jewel of the sport's history of the Greek capital, associated with a glorious history that dates back to ancient times. .It is located in the center of Athens next to the national garden of Greece and the Zappeion mansion and is visited daily by hundreds of tourists.

The area that is today the stadium was used in antiquity by the Athenians to hold stack games. In 330 BC it was turned into a stadium by Lycurgus for the Panathenaic Games, a glorious sports festival held in honor of the goddess Athena.

At the 2nd century Herodus Atticus reconstructed the stadium and made it in a horseshoe shape and added stands around the stadium with capacity about 50000 spectators. Its length is 205 meters and its width 34 meters all made of marble.

in 1894 it was decided to use the Panathenaic Stadium for the first modern Olympic Games of Athens and it was completely rebuilt by the architect Anastasios Metaxas. based on the existing foundation and the other findings of the excavations, proposing a simple and morphologically clear solution. It was used white Pentelic marble and its capacity exceeded over 60,000 spectators. At the beginning of the 1896 Olympic Games, in fact, the reconstruction had not been completed due to the delay of the financier, and only the first rows of the stands were made with the new marble. Before they were wooden.

Today it is mainly used as a tourist attraction and as the end of the big marathon race that takes place every October in Athens. Also, every four years that are the Olympic Games, we welcome at the stadium the athletes who return from the Olympic Games with medals.

If at any time you are in Athens do not miss visiting this majestic ancient building. You will feel awe and wonder how the ancient Greeks with little technological means managed to build such a beautiful and majestic building. Also in the area, there are many sights so with a visit, in a few hours you will be able to see the Stadium, the https://hive.blog/hive-184437/@zkalemiss/zappeion-mansion-symbol-of-greek-modern-history-and-the-first-indoor-olympic-building">Zapeion mansion, https://hive.blog/hive-148441/@zkalemiss/mypictureday-in-the-national-garden-og-greece">the national garden, the Greek parliament, the temple of Olympian Zeus and the acropolis museum.

All the pictures are mine. I captured them with my dslr camera nikon d3400 and my mobile phone. I do not hide from you that I had a hard time capturing in my photos such a large building and so the desire was born in me to buy a drone. I hope I can I do it soon.
Thanks for stopping by see you at my next post. :)