The neoclassical architectural trilogy of Athens. 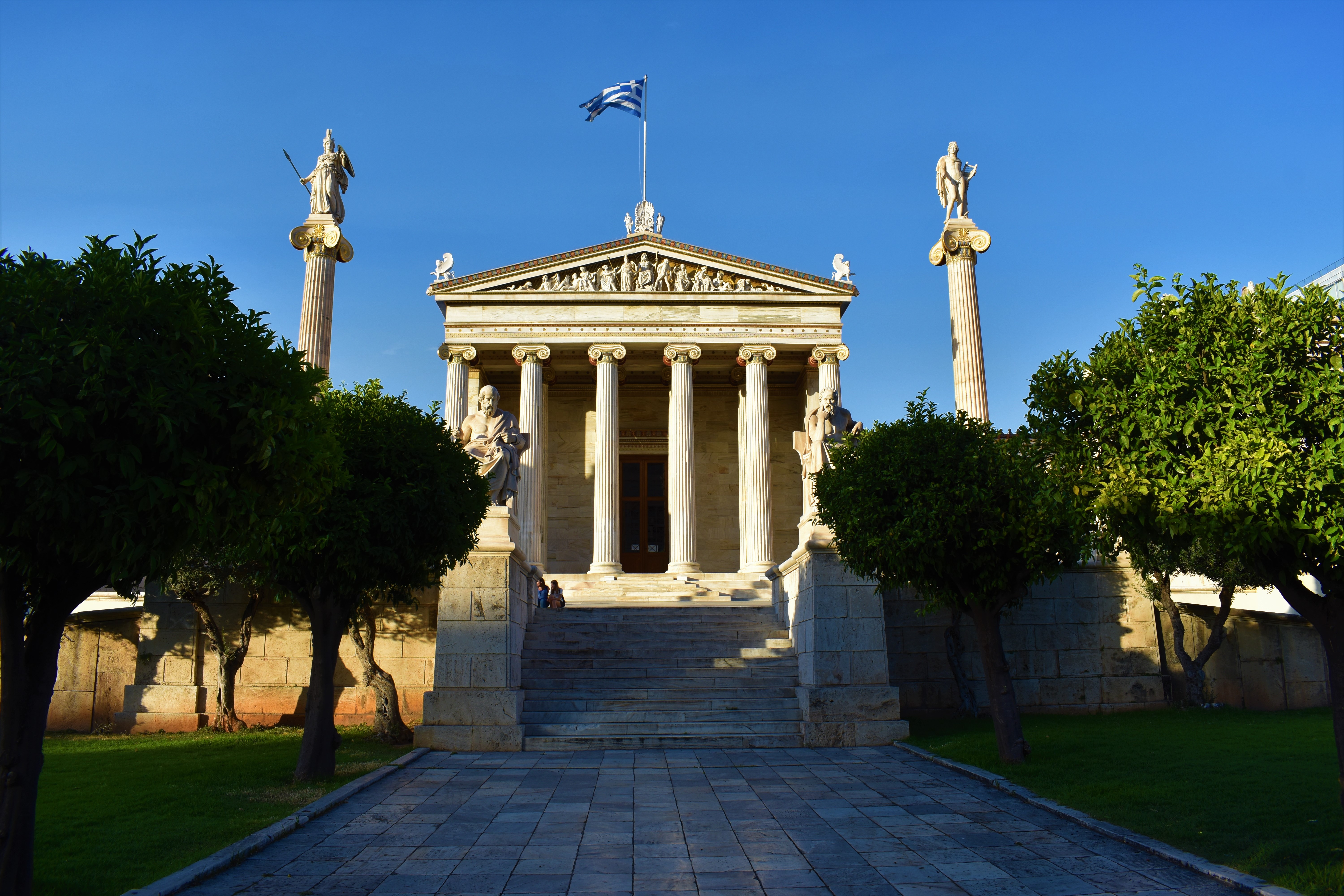 Hello, my friends. Today I will show you three beautiful buildings which are on Panepistimiou street in the center of Athens. I had noticed these buildings and their beauty for a long time and every time I was passing from there with the bus I was admiring them and I really wanted to go for a walk there to see them closely and photograph them. So yesterday evening I decided to visit this place with my camera and I capture some photos of these buildings.

In these three buildings, the heart of the academic life of the city has been beating for many years and many people know them as the three temples of learning. They stand out for their rich neoclassical architecture with marble columns, murals, and many sculptures of ancient Greek gods or other importanT Greek people. All three buildings were built in the 19th century by the Hansen brothers, who came from Denmark. Christian Hansen designed the middle building and his brother Theophilos designed the other two. Looking at them from Panepistimiou Street, on the left, we can see the National Library, in the middle, the University of Athens, and on the right the Academy of Athens.

The national library of Greece was built at 1887-1902 by Theofilos Hansen. It consists of three separate buildings and at the central one is the reading room with has a glass roof. The most impressive feature of the building is its entrance with the double staircase, the marble columns and small statues that decorate its exterior. In front of the National Library, you can see the statue of Panagis Vallianos, who donated the building to the Greek state. Even today it is used as a library and anyone can enter and use the space to read or borrow books. Unfortunately these days the library is closed due to the corona virus.

The University of Athens was built by Christian Hansen at 1839-1864. It consists of a set of buildings connected to each other forming a double T shape and has two courtyards. The most impressive thing about this building is the murals that exist on the facade of the building but also inside it. Today, this building serves as the rectory and cultural venue of the University of Athens.

The Academy of Athens, in my opinion, is the most perfect building of the three. It was also made by Theofilos Hansen at 1868-1885. It is made mainly of marble and consists of three independent buildings connected by a corridor. On the sides of the building, there are 2 large columns that carry the statues of god Apollo and goddess Athena.
Today the academy houses Research Centers and Research Offices with specialized libraries, as well as the central Library "Ioannis Sykoutris". Since 2002, the Foundation for Medical and Biological Research has been operating under the supervision of the Academy of Athens.

So that was it for today. If you ever visit Athens do not forget to go to Panepistimiou street, to admire these beatiful buildings with your own eyes.
Thanks for stopping by, see you at my next post.