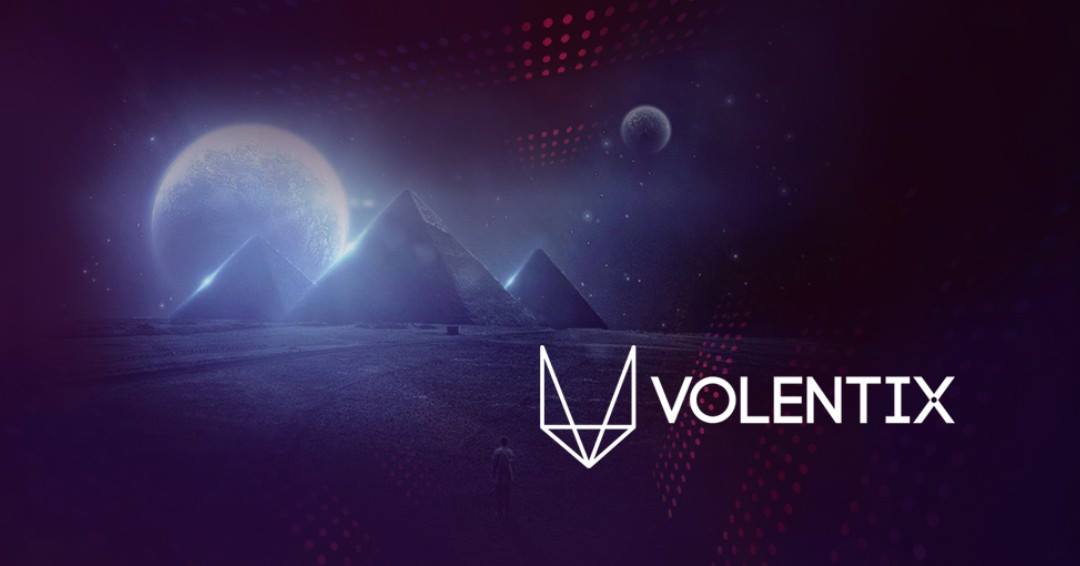 Ethereum is unique in that it attempts to wield the blockchain as a way to correct what its designers believe is a problematic part of the internet’s design. With this new technology out in the wild, ethereum advocates might feel electrified by the thought of decentralizing “all the things." A couple of main characteristics are that they’re open source and don’t have a central point of failure.

Bitcoin paved the way with its cryptographically stored ledger, scarce-asset model, and peer-to-peer technology. These features provide a starting point for building a new type of software called decentralized applications, or dapps. Dapps will, someday become more widely used than the world’s most popular web apps. They are more flexible, transparent, distributed, resilient, and have a better incentivized structure than current software models.

Fault tolerance— decentralized systems are less likely to fail accidentally because they rely on many separate components that are not likely.
Attack resistance— decentralized systems are more expensive to attack and destroy or manipulate because they lack sensitive central points that can be attacked at much lower cost than the economic size of the surrounding system.
Collusion resistance — it is much harder for participants in decentralized systems to collude to act in ways that benefit them at the expense of other participants, whereas the leaderships of corporations and governments collude in ways that benefit themselves but harm less well-coordinated citizens, customers, employees and the general public all the time.

Each application that is considered “decentralized” must be open-source, which refers to any program whose source code is made available for use or modification as users or other developers see fit. On top of that, each DApp has to be decentralized — surprisingly enough! As long as the data is stored on a decentralized blockchain network, it will suffice. Finally, each DApp must fuel its own activity through an incentivized system which generates tokens or other forms of digital assets, while also adhering to its own algorithm or consensus protocol.

Volentix enters the arena in 2018 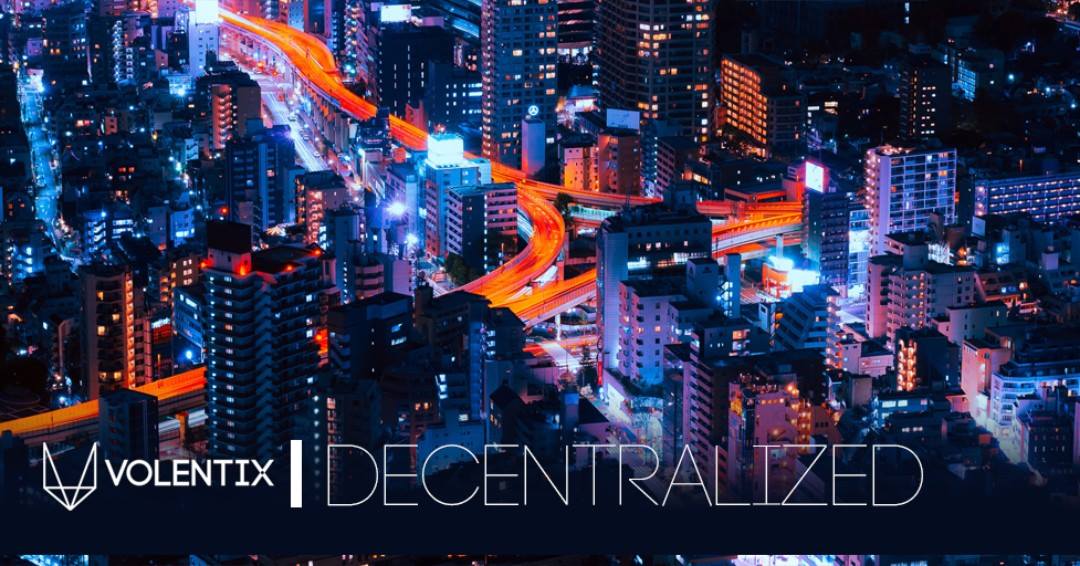 Volentix is envisioned to be a community-powered decentralized autonomous organization (DAO). Through the members of its community, Volentix is self-governing and self-organizing. Profits are redistributed to the community through VTX, the native currency necessary to use any of the Volentix decentralized applications.

The VDex launch point anticipates matching Volentix’s design requirements to available technologies superimposed on the EOS.IO decentralized operating system. We intend to test our assumptions by prototyping via custom EZEOS software, which we built and customized with EOS.IO’s close command line tools. This software resides at: https://github.com/Volentix/ezeos

The Volentix ecosystem will exist atop four pillars, an initializing array of applications specifically known as Venue, Verto, Vespucci, and VDex. 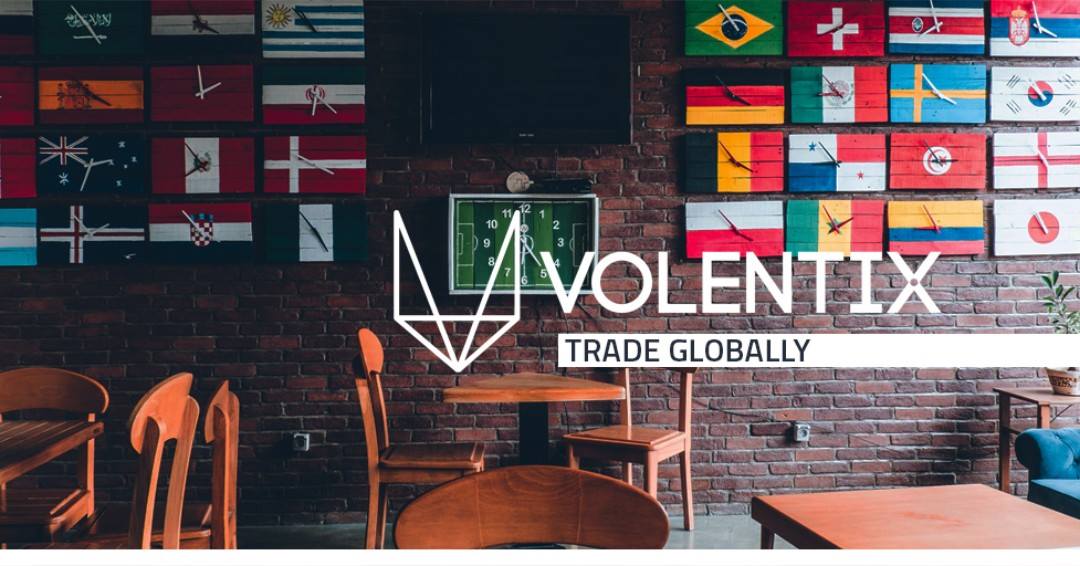 The core values of Volentix — the guiding principles that inform all decisions — are the following: 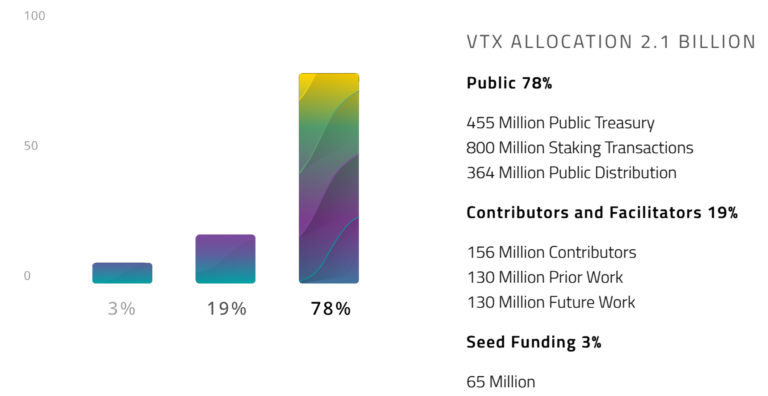 A digital assets ecosystem requires an array of certain fundamental human constituents who shepherd the project forward. It is essential to compensate those individuals for their participation. Subject to adjustment, Volentix currently anticipates the following allocations: 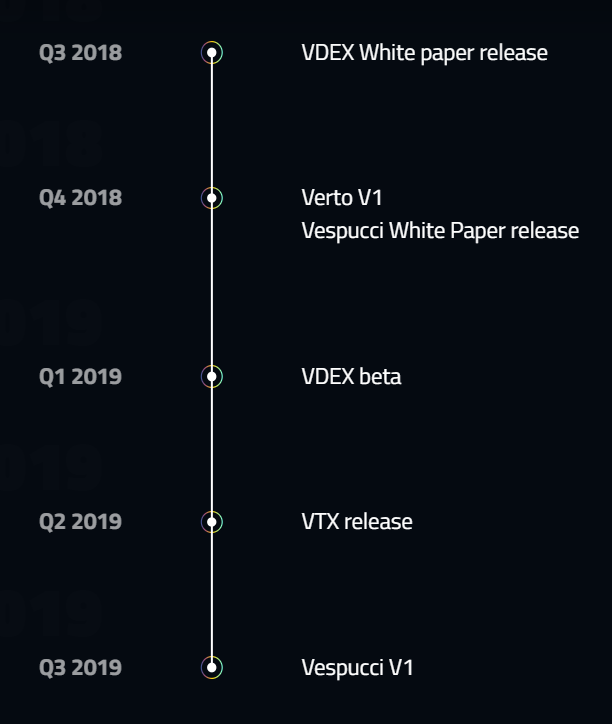 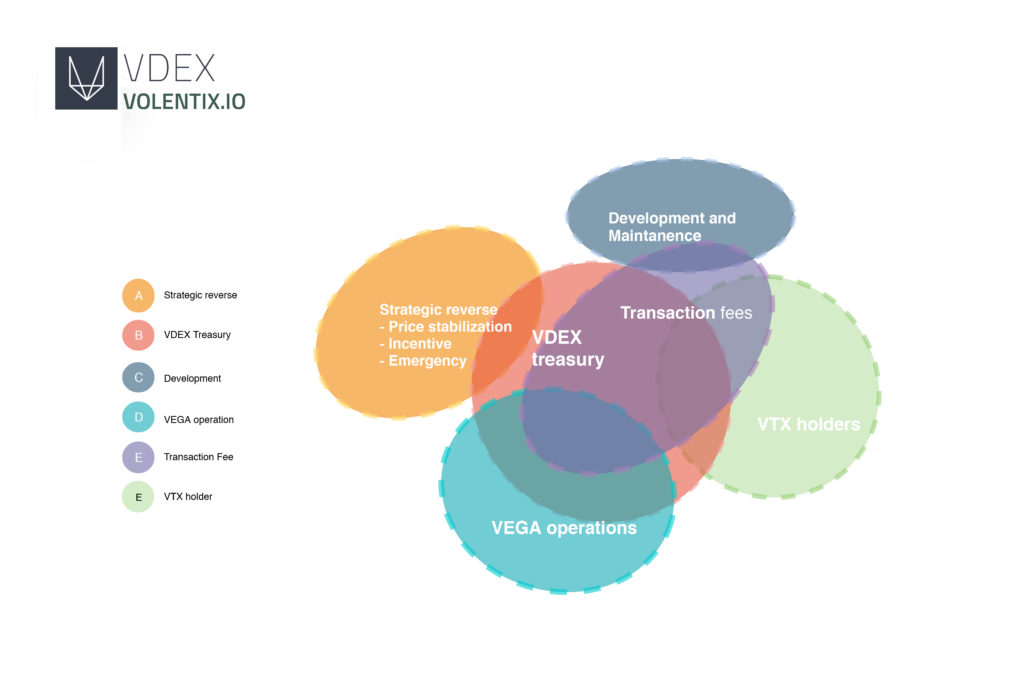