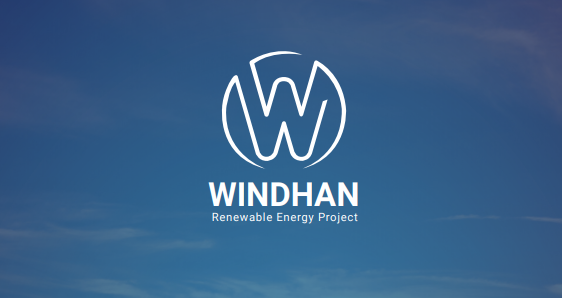 For humanity at the moment of time one of the most important resources for its normal life is energy. And to be more precise, the electricity with which everything works around. If we didn’t have electricity, we would have lived in an uncivilized world, where the only source of light was a kerosene lamp and candles.

Now we are surrounded by just tens of thousands of electrical appliances and sensors working from them. Starting with the usual kitchen, ending with medical institutions, shopping centers and other large enterprises. All of them depend on constant and uninterrupted power supply.

Problems
Powerful power plants provide us with this electricity, which, alas, do not always benefit by their actions. After all, many of these power plants are very dangerous and harmful to our health and the ecological state of our land. And of course I’m talking about these types of stations that use nuclear power, and non-renewable sources of raw materials to generate a powerful flow of electricity. Unfortunately, the consequences of the work of such stations are simply enormous and something needs to be solved.
At the same time, a large number of people around the world are working to solve the existing problems.they offer the use of alternative sources of energy, green and renewable, derived from natural resources such as the sun, water and wind. These three components are a kind of flagship of an environmentally friendly energy source, the processing of which does not harm others and especially does not carry any threat to the environment.

But despite the fact that this alternative is obvious, many States do not want to Finance the construction of new environmentally friendly “green” energy sources. Therefore, this progress lies more on the shoulders of energy enthusiasts, whose main mission is to implement this qualitative transition to renewable energy sources.

About the project
The project whose idea we will consider, to seek to solve these problems described above. At the same time, it is possible to additionally use modern technologies with the help of which any brilliant idea can be realized. And this project is called Windhan.
The project itself is developed on the basis of Ethereum blockchain and has a number of advantages that allow it to use this technology as a crowdfunding, attracting large investments in its project in order to realize its global idea of creating renewable energy sources.

Design feature
In addition to the funds that the Windhanproject intends to collect with its internal token, the developers are trying to eliminate the bureaucratic layer between the energy source and its consumer. This maneuver will significantly reduce all costs thereby reducing the final cost of electricity itself. 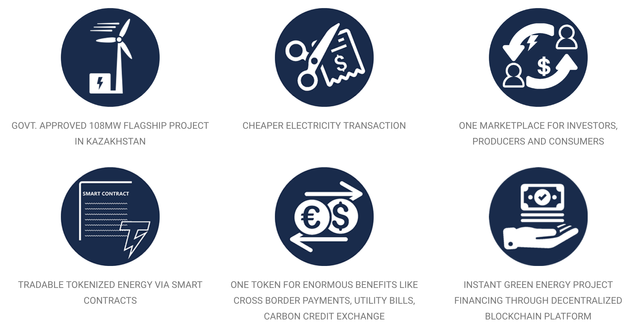 Moreover, investors who took part in the formation of this project will be able to get a nice profit for the contribution they made at the initial stage. At the same time, they will also have a great opportunity to use this energy and pay for it with their purchased tokens.

The place of dislocation
The developers intend to use the natural forces and power of the territory of Kazakhstan, as for this they have all the necessary indicators: strong winds and a lot of sun. Moreover, Kazakhstan itself offers preferential tariffs for renewable energy sources, which makes them even more affordable. Moreover, all the documents and agreements for the start of construction work Windhan were approved by the state of Kazakhstan, which once again proves the beginning of all work processes. 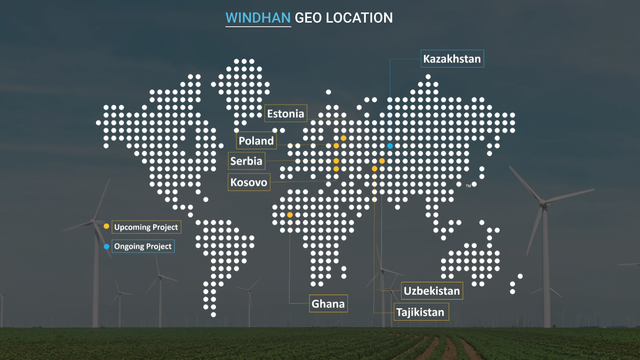 Moreover, the place chosen on the map of Kazakhstan was not chosen by chance, it was analyzed by the German company, which during the year subjected to the measurement of wind flows and concluded that the wind speed throughout the year is 7.8 m/s.Therefore, this place is considered the most favorable for the installation of 27 wind turbines Enercon E-126.

Advantages
It is important to note that this project already has all the necessary legislative and legal agreements to carry out its actions, which is very pleasing. Moreover, the developers clearly know the amount they need to implement this concept. In their reports they provide a clear financial model of what is how much, indicating even the final amount including VAT. To be honest, the amount required is not small because only the production of 27 wind turbines will cost the project 134 million euros, and this will include a lot of other costs. Therefore, the ICO is necessary to collect the necessary funds by crowdfunding.

The details of the ICO
As I mentioned earlier, the process itself is built on the principle of a decentralized network, where each token is backed by a smart contract and has some power. The token that will be presented to the audience is called – WHN. The owners of this token will have a wide range of access and opportunities provided by Windhan. This will include VIP membership, and access to resources at any time, as well as a large number of different promotions, discounts and loyalty systems. 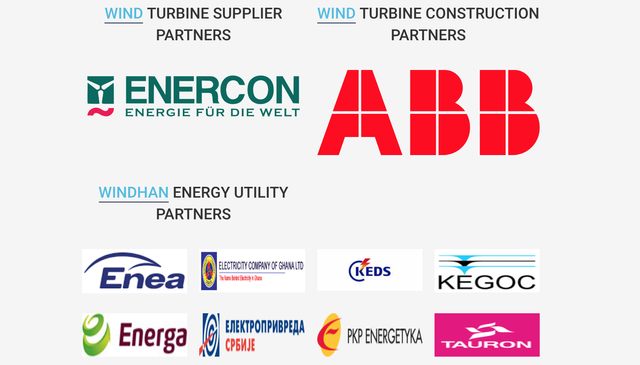 Conclusion
For those who are looking for decent and real projects, I believe that Windhan is one of the few who have not only a practical idea that can change the world for the better, but also many other trumps available even at the initial stage of its development. Speaking seriously, I would take a closer look at this project and thought, why not become part of something bigger.

If you have the same opinion, then for greater confidence, I recommend that you personally study all the necessary materials regarding this project. To see for yourself in his current scheme, as well as to realize the seriousness of what is happening. To do this, at the end of my review I have prepared all the necessary social resources and technical documentation of the project, thanks to which you will be able to answer all your questions.