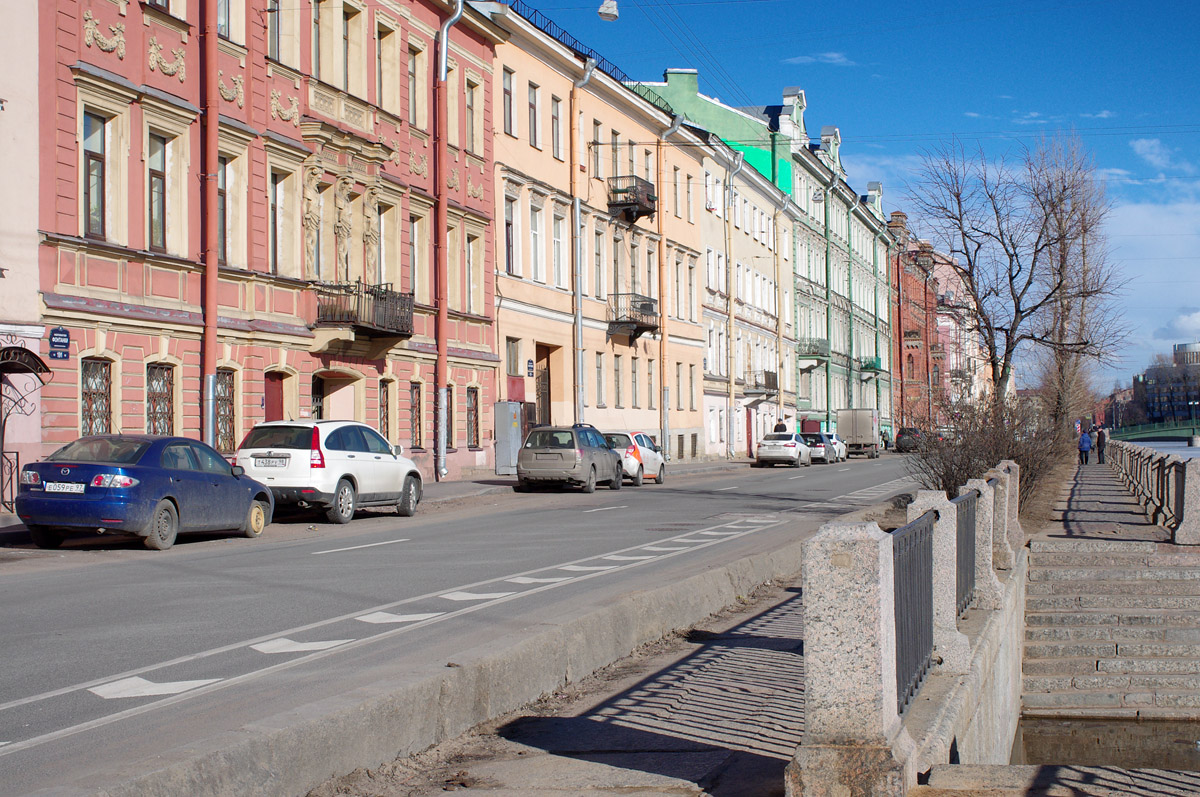 This is the Fontanka River embankment between Lermontovsky Avenue and Repin Square. I have already told you about the sculptures on the balcony of the pink house, they are very unusual. The same day I was photographing these sculptures, I took a few more shots of the house, which is a little farther away and I want to tell you a little bit about this house now too. It's a green house, its address is Fontanka Embankment, 185. In the photo below you can see it better:

There is an apartment-museum of Pushkin in St. Petersburg. This is the poet's last apartment on the Moika River embankment. There is also a museum in the Lyceum, where Pushkin studied. But the house on the Fontanka embankment is still a regular house. I've always wondered how people feel now living in the great poet's apartment.