Casper Token (CST) And How To Take Advantage Of It 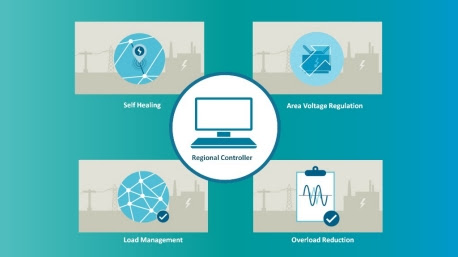 Hello my friend and everybody!!!

Nowadays when people say "Big Financial Revolution" they definitely refer to cryptocurrency, blockchain technology and Bitcoin. These concepts have shocked the world with cutting-edge approaches and many benefits. If you are unsure, you should know that the cryptocurrency market capital increases rapidly every second. Cryptocurrency is a digital or virtual currency that uses cryptography for security. Cryptocurrency lives online and is not controlled by any company or government. They also have a higher monetary value than traditional currencies. Bitcoin prices have doubled in a month and rose 180% since the beginning of 2017 due to increased demand for cryptocurrency worldwide.

And I will introduce you a very interesting project. This project is unique and has blockchain technology. And look at the investment potential and everything will become clear to you. And let's see my explanation of this project.

The Casper Project was created for decentralized applications (DApps) to help save data from users on a network more reliably and efficiently. Casper API can be described as a project created on the blockchain to store large data and enables the creation of file storage such as text, audio, 3D models, videos and photo files to arrange the best ways to deliver content, to process and store corporate data and to save backups.

WHAT IS THE CASPER TOKEN?

Casper API makes use of its own monetary unit which is called Casper Token (CST) which is solely used within the service by service vendors to buy a franchise and also for settling payments on every single blockchain platform. Once the tokens have been issued thanks to the ICO, they will be able to be traded freely on exchanges.

HOW CAN THE TOKEN BE USED?

1 CST is equivalent to 1 gigabytes of storage space to be able to supply the storage demands of the Casper service, whilst being rewarded for it. This opportunity is only given to holders of the CST. For CST holders with no free storage space, the CST can be leased out to those willing to be suppliers so both can receive rewards associated with token usage. There are no limitations to selling the token as it can be sold at market value on any exchange.

The Initial Coin Offering (ICO) is broken into two stages: The PRE-ICO and the ICO. The PRE-ICO took place on the 18th of December 2017, and its purpose was to enable the purchase of tokens as a distinct smart contract and not according to the ERC 20 standard which the ICO is going to use. The issued tokens are limited and cannot be traded at an exchange. As at the completion of the pre-ICO, the Casper Project was able to raise $1,040,000 of capital via ETH. The tokens were then to be converted to CSTs with proper smart contracts.

For more information on the Casper API and how to take part in their token sales, visit the link below:

And thanks a lot, for visit in my blog.
Happy nice days!!!