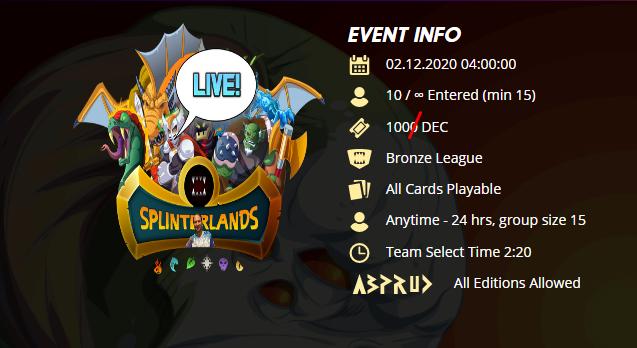 Hello! If somebody doesn't know yet, the @marcuswahl regularly streams on twitch, with account name there is slinterlandsdotcom, to promote the Splinterlands Collectible-Trading Card Crypto-Game. All of you, too, can get involved by contributing to the promotion of the project and spreading the word about Splinterlands! And be rewarded for spending time & creating a crowd and challenging in game.
All details, please, read in the @marcuswahl on Hive. Because below I turn to presenting my proposal specifically for Marcus.

... The number of challenges has become so great that for someone they are reset, the order is lost, who and when to reward, or whether someone from the very first has been forgotten.

Really it is great to see the the popularity of challenges is growing, but it requires scalability.

I am also glad to see Markus' irrepressible energy in the development of various contests and the arrangement of the thrill of the stream.
But for the sake of scalability I want.

(2) The proposition to combine and get synergy!

I took a picture of one cancelled tournament.

But the details of the proposition are:

If anybody have his thoughts, please, welcome in the comments of my post, or Marcus's one:
"Solving Splinterlands Handicapping for Tournaments".