That's my story #3. Ulysses and Cerberus

Ulysses was very tired of telling his stories to Alkinoos. But the king of the Pheacians wanted so much to know! So he told him how he and his companions managed to pass their last step: 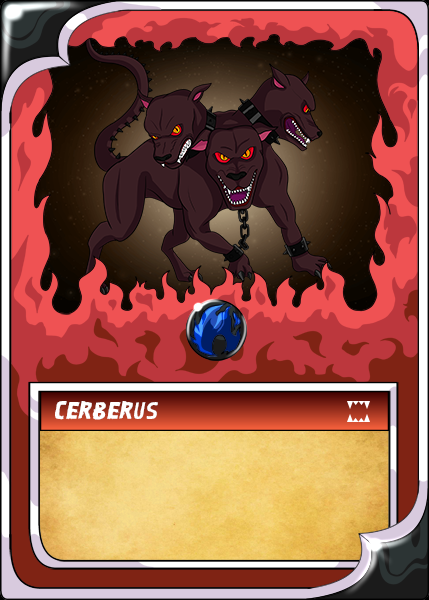 "My companions and I were eating on a small island. Some days later, having nothing to eat, we went out for food. But we fell into a hole which ended in a cave. Then we saw a door that was closed. We pushed it and we returned to a room where it was very hot. We walked a little but then, the door closed behind us.

Then a beast arrived ... It was the monstrous Cerberus! He wanted to eat us with its big, pointed teeth and three heads. Everyone was panicked and running in all means to get out. But I had the idea of ​​calling Zeus, the assembler of the clouds. He listened to me and I explained to him:

"Father Zeus! Cerberus is here: he wants to kill us! Please help us!
But he did not want to. But I found a trick: Zeus, I just wanted to tell you that the last
time I have saw Cerberus, it insulted you saying that you were crazy and selfish".

Zeus, very angry, killed him with his lightning. And that's how my companions and
me were savd. We left the island and arrived here at your home".