Christ in the Psalms. The introduction.

Psalms occupy a special place among the books of the Bible. Over the centuries they have inspired people to put them to music in different languages. Psalms also often reflect the emotions of the psalmist. Sometimes a certain psalm strongly appeals to us because we recognize our feelings in it. And that is of all times. When Mary got the promise that she would be the mother of Jesus, she traveled to a relative, Elizabeth, and we read her song of praise. The words that describe her feelings are remarkably often taken from the psalms. Sometimes the translation is different, but many of the Greek words correspond to the Greek translation of the Old Testament. 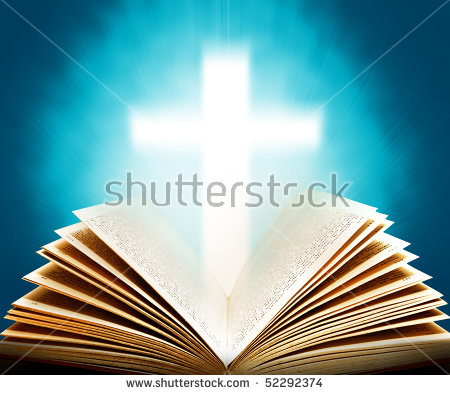 This could partly be explained by the fact that Mary, as a deeply religious woman, had mastered the language of the psalms. However, it is much more likely that in this pregnancy and the coming of the Messiah she saw the fulfillment of so many promises from the scriptures. When we look at Zacharias' praise in this chapter, we see the same thing: a frequent use of the psalms. Their expectations in connection with the promised Messiah are based on the psalms. Luke's account clearly shows that many believers expected the coming of the Messiah in the short term. Perhaps this can be explained by Daniel and the prophecy about the seventy seventies. But these psalms mainly indicate how God would act for his people to free them from its oppressors.

The writers in the New Testament

Mary and Zechariah are certainly not the only ones in the New Testament to quote Psalms. The evangelists and the writers of the letters also regularly quote from the psalms. Often, however, they only quote one verse, sometimes appearing to have been somewhat taken out of context. This is especially true in psalms that we would not have said to be a prophecy of the Messiah. Striking is that the writers do not make any attempt to show why they think that this psalm refers to Jesus. They presume apparently that this will be completely clear to the reader. On closer examination of such psalms, however, it appears again and again that the person who cites them is fully aware of the coherence and sees a connection in it. Often that coherence of that verse in the psalm gives much more background about the reason why it is quoted than the quotation itself so that the psalms also help us to better understand the New Testament. To see which psalms are prophecies of Christ, the New Testament is, therefore, a good starting point. And when we better understand how the writers apply the psalms, we are then better able to read a psalm ourselves as a prophecy of the Messiah.

In addition, we also find that Jesus himself quotes from the psalms. Sometimes this is a question for the scribes, but at other times it suddenly gives a much deeper insight into his feelings. The Gospels do not show so much of the thoughts of Jesus. But when we see which psalms he quotes, and the circumstances under which this happens, we still get a unique insight into his thoughts at that moment. We see, for example, during the crucifixion how several psalms describe this situation, but how the psalms do not stay with suffering but also look forward to victory, and that Jesus is also very aware of it on the cross, and apparently also strengthened.

A prophecy about the Messiah

Jesus' contemporaries will certainly not have understood from a number of psalms that they spoke of the Messiah, psalms that we simply see as fulfilled in the life of Jesus. The psalms about his kingdom will certainly have been clear, in Psalm 2. This psalm closely matches their own expectations for the future. But Psalm 22 is about suffering again, and his contemporaries certainly did not understand this coupling. Although the words are strikingly literally fulfilled at the cross, even his disciples have not noticed this. Only afterward when Jesus leads them through the psalms, have they seen the specialness of it. That is a warning for us to look at it seriously. For there are psalms that the apostles quote that conflict with the image that some Christians have of Jesus. It is then up to us to see whether our image of Christ is wrong (like that of the disciples back then) or whether such a quote is meant to indicate a contrast between the reaction of people and the reaction of Jesus. We should also bear in mind that some psalms, except as a prophecy of the Messiah, are also written in connection with a situation that the psalmist had in mind. Many of the psalms have been prayed to God. That may be a situation in which the psalmist no longer sees a way out, or if he experiences how everyone is hostile to him, but sometimes the psalm is an expression of joy over God's rich blessings. That is the first meaning. But the situation of the psalmist can sometimes be compared to the situation in which Jesus finds himself. Here are the writers of the New Testament, or Jesus himself, then sufficient reason to quote the psalm. However, that does not mean that the reaction of Jesus in all cases is the same as that of the psalmist who wrote the psalm. So it can be applied in part to Jesus, while some verses clearly cannot be true to Jesus.

Of all Bible books cited in the New Testament, quotations from the psalms are the most common. About one third of all psalms are quoted. Often these quotations are limited to a single verse, or sometimes just a phrase. Because it often uses the Septuagint (the Greek translation of the Old Testament), the words are sometimes somewhat different from what we encounter as the translation of the Old Testament in our Bibles. But although the text is slightly different, we see that the psalmist's intention is indeed transferred there.

This is just the introduction to studying Christ in the Psalms. Watch out for the Psalms that Christ appear in.
Thanks for reading.
God bless you.
Shalom.

A support project for those that testify in the christian community.