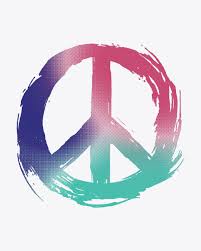 Peace is a concept of societal friendship and harmony in the absence of hostility and violence. In a social sense, peace is commonly used to mean a lack of conflict (such as war) and freedom from fear of violence between individuals or heterogeneous (relatively foreign or distinct) groups. Throughout history leaders have used peacemaking and diplomacy to establish a certain type of behavioral restraint that has resulted in the establishment of regional peace or economic growth through various forms of agreements or peace treaties. Such behavioral restraint has often resulted in the reduction of conflicts, greater economic interactivity, and consequently substantial prosperity. The avoidance of war or violent hostility can be the result of thoughtful active listening and communication that enables greater genuine mutual understanding and therefore compromise. Leaders often benefit tremendously from the prestige of peace talks and treaties that can result in substantially enhanced popularity.