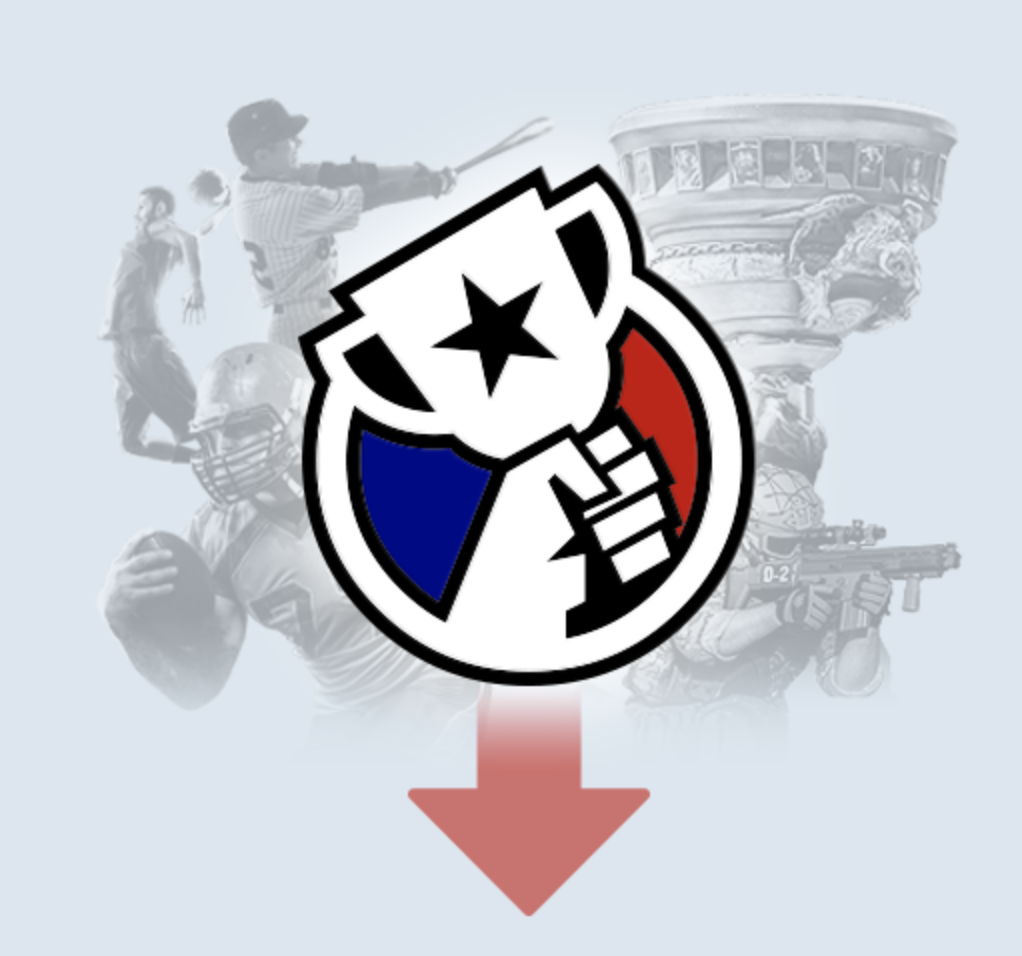 Sports broadcasts are a strange thing. It would seem, well, two teams compete for 11 people, who runs faster, more precisely, kicks the ball and moves tactically more competently across the field. What is interesting about this? But hundreds of millions of people watch as 22 players roll around the field and experience, worry, and sometimes even injure those who are worried about other 11 players.

To sharpen the joy of victories and the bitterness of defeats of your favorite team is easy - enough to put money in the final of the fight. And now the game is much more interesting to watch - because the viewer becomes a player.

Unfortunately, cash bets on the outcome of sports are not much different from the lottery or roulette. But there is a way to play in sports, using your skills, not just luck. This is "Fantasy Sport", which translates as "imaginary sport".

Imaginary Games
The essence of the following, a player in Fantasy Sport (let's call him "manager") creates an imaginary team of real professional players (players, hockey players and so on). The resulting virtual team of players, for example, gets points for the actions of the players in it, made by players in real matches. For football, these are goals scored, help in scoring goals and so on. To the manager did not type in the team of some stars, restrictions are introduced, for example, the total salary of players should not exceed a certain amount.

Everyone can become such a manager, create a team and compete with other managers, whose team will score more points. Points depend on the selected players. Thus, if the betting on the outcome of the match is analogous to the roulette, then Fantasy Sport is more like poker.

Fantasy Sport is popular - 65 million players and 26 billion dollars of turnover (like poker, imaginary sport is much more interesting if the game is for real money).

Play it on special portals, where everything is automated. And how can you improve the technology? That's right - add it to the blockade. 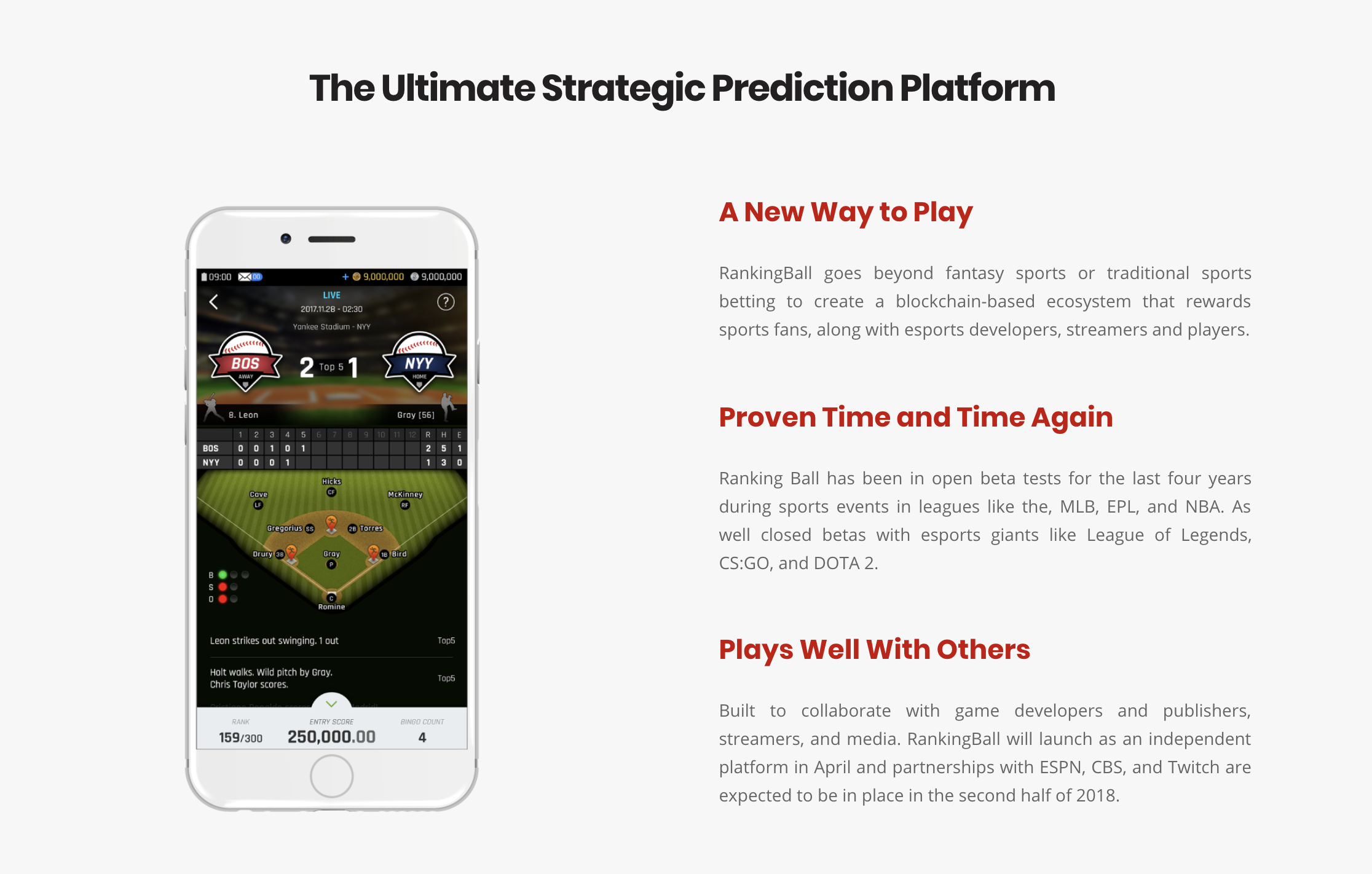 Here are some of them:

Closeness of internal architecture. Players must trust the service.
Problems with the legality of the game for real money.
Slow update of information about past sporting events.
Complete ignoring of eSports.
Is your country's legislation not allowing such gambling for money? On the RankingBall platform, there is no real money, only cryptotenes. Yes, and cryptotenes do not need to be used, two types of domestic currency participate in the scheme.

RBG (RankingBall Gold) - cryptotenes of Ethereum standard ERC20, performing the role of premium currency in modern free-to-play games. But unlike it, RBG can not only be bought, but also sold for real money. RBG will be available for free, as a prize for winning one of the competitions.

RGS (RankingBall Silver) is an internal game currency, a small amount of which each player will receive at registration, and will receive for a successful game.

Killer-fichey project will be the opportunity to not limit yourself to classical sports. Dota 2, LoL, CS GO and other popular cybersport games are available for team building.

The result
Amid the ambitious projects that promise to change the world, RankingBall looks confident, because besides the promises the company has a working product, and with its experience - it is really ready to revolutionize the industry. The platform is trying to solve the problems of its field, using modern blocking technologies, and they have a chance to make a worthy competitive product. Currently preparing for the ICO, which will be sold the same tokens RBG. If there is a desire to help the project or make money on the success of the platform, welcome to the official website.