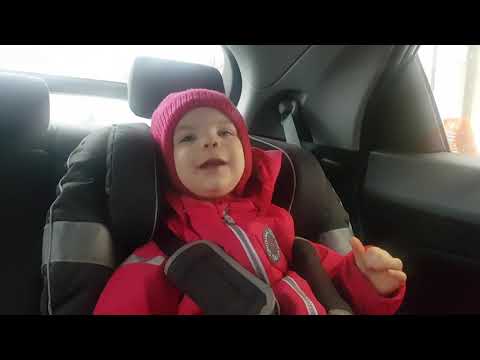 Well, here it is, the start of another year. How many of these are there going to be? We spent it away from home for the night which is a super rare occurrence for us but it was really fun. We went to some friends place and I got to play with their kids. They are a bit older than me and being boys, a helluvalot messier but, it was a lot of fun.

I didn't make it til midnight to see in the New Year, but I did try. Much to Daddy's annoyance. It is weird sleeping away from home in a weird house and a weird bed so it took me some time to settle. Not too long though.

I have been missing from Steem for 12 days. TWELVE!! because Daddy has been really busy with his new job and hasn't had time to spend with me ever. It is like he is an absent father and one day, I am going to Cats in the Cradle him in revenge.

No, that is not true at all and even though he has been busy, we do spend time together. Just today we experimented with a new food and he took a bit of a video of it.

I have tried apple before but it was almost two years ago and it didn't sit well with me and I don't remember it at all. It was a lot like pear though in my opinion but then, I don't really have a lot of reference points to choose from and it definitely didn't taste like sausage or sweet potato. While it was delicious, I am not going to know whether it is suitable for me for a day or two perhaps as I sometimes have delayed allergic reactions. This means I can't have anything else for a few days so that we can track if this will be okay. A lot of work for less than two teaspoons of apple puree.

As normal, this weekend will be spent predominantly with Daddy while Mummy is off studying and preparing her thesis. She should finish sometime near mid-year but one never really knows. It is going to get busy around here though with her off studying, Daddy with about four lives worth of work to do and me starting in my new advanced daycare class where people can actually talk, but we'll manage.

2019 is going to be an awesome year don't you think? I have hopes and dreams that Steem will go to the moon so I can build my own dinosaur theme park and give everyone who loves to pat dinosaurs free entry to roam around as they please. I am also hoping that once things settle down a bit, we can have some weekends together as a family but at the rate things have been and are going, I think I will have Dinolandia before that happens.

I will leave you with this:

I can repeat anything I hear like a parrot so, it is pretty amazing I don't swear like a sailor.