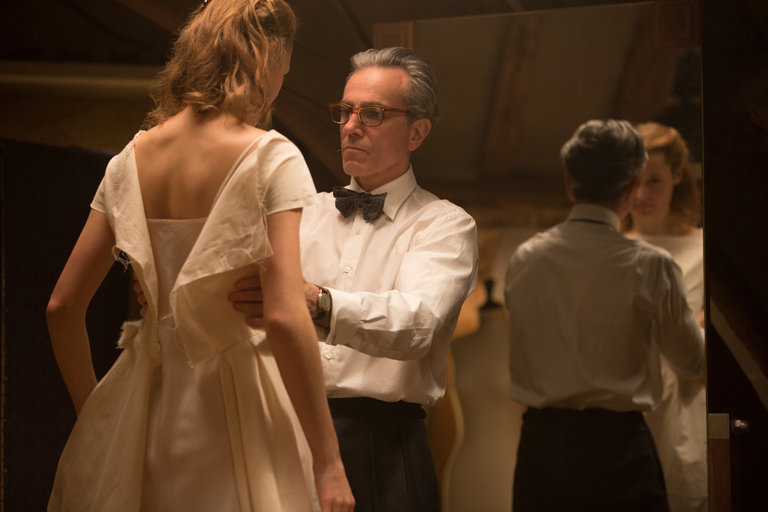 The review for movie Phantom Thread

I am a fan of Daniel Day-Lewisand love many of his movies. Therefore, I was curious to see his last one,afterwhich he decided to quit his movie career.

As usual, I enjoyed watching him perform and it took me a while before I stated to pay attention to the movie itself. The action in the movie is set in the 1950s in London and Day-Lewis plays a famous dress designer. I think it was easy for him to play, as his character is much like himself, someone talented and extremely devoted to his craft.

He meets an immigrant girl in a restaurant and sees a big potential in her. They fell in love and she becomes his new Muse. The problem, however, is that she doesn’t completely fit into a pattern of life. She’s a country girl and he’s gets frustrated with her table matters and the lack of tact. She’s, on the other hand, has a strong character and is not willing to completely abandon herself just to preserve his well-greased way of life. Then she does some nonstandard and borderline criminal things to “save him from himself,” to make him lesser of a victim of his “imaginary” life and to become more of a human so to speak. That isa point of a movie.

In a way, it deals with the same issue as the movie “Good Will Hunting.” A talent vs. a person and a burden of a responsibility that a talented person has to bear. In both movies, the directors consider that a talent is a secondary to a person. The director of “Good Will Hunting” conveys this sentiment by introducing a negative character who lives by that motto. In this movie, the director conveys this idea by showing negative sides of Day-Lewis character.

To me, this is a doubtful conclusion. Let’s take for instance the inventor of paper who lived some 2500 years ago or an inventor of a wheel, who lived (say) 15000. Do we,in this day in age, care what kinds of persons these inventorswereor whether they had a good relationship with their corresponding wives and children? I bet you that there were millions upon millions of nice family men who nevertheless didn’t live a trace in history and their contribution to a human civilization was negligible.

Yet some very talented people hold a different opinion. Rossini, for example, when he was 30 + years old, after Barber of Seville and Wilhelm Tell, dumped the music career and became a chef. I heard Day-Lewis’s interview, where he wants to abandon his movie career and become a shoemaker. LOL

Inconceivable, but maybe to understand this one has to be a great movie star for 40 years. Maybe Day-Lewis got tired to carry the burden responsibility for his talent and that was the reason why he chose this movie to finalize his career.