I welcome all the extensive crypto community of Golos! I am an active participant in Bounty companies, conducted by various blockchain start-ups and like many others, I'm called Bounty Hunter. The main idea of our work is to promote information about blockchain projects, both on social networks such as Facebook and Twitter, and in various media resources (video hosting and blogs). Maybe for someone said will look ridiculous, but we are in some ways the missionaries of this evolving technology, because thanks to us people will know about it and about its capabilities. To whom it becomes really interesting become potential investors for various start-ups, thus our work is also to attract investment in projects!
The bulk of the bounty of hunters is of course concentrated on the world-famous crypto-currency forum bitcointalk.org, but now there are more and more platforms for bounty companies. Each of them has a number of features that to some extent facilitate our work on bounty companies. Personally for me, the sites are in a higher priority than the forum and there are a number of reasons for this. Firstly, this is a convenience of work and a great degree of even relief, there is no need to fill out the tables. Secondly, the platforms conduct the verification of projects before placing their bounty of companies, which largely reduces the risk of encountering a scam (fraudulent projects).
Thirdly, the bounty platform fully and honestly rewards its users.
About the platform Bountyhunters.io. 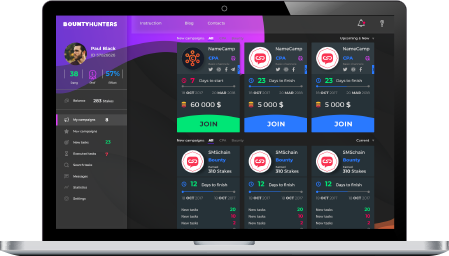 For many bounty hunters, this site is rather known as icoreward, but recently radical changes took place with it, and those who actively worked on it could feel it on themselves, first of all, the altered personal cabinet became unusually unusual. But the most important thing is that the platform team decided to conduct their own ICO! I must say that on the platform, for the time that I'm working on it, my company's bounties have performed worthy projects, such as Jury.Online and Acorn Collective. But these are not the only successful companies, they already had a decent enough number, there were certainly those projects that did not collect the necessary investments and suspended their ICO. In general, I can personally give a good evaluation of this platform, and I often use it in my work. And so about the ICO! Judging by the information posted on their site, the team has already been able to assemble the necessary Soft Cap, breaking the mark of $ 1.5 million at the stage of preliminary sales.
The supported standard ERC-20 token, name - HNTR, the price for the stages of preliminary and basic sales varies from 0.25 to 1 USD.
According to information from the white paper, the team conducts ICO to solve a number of existing problems and introduce new technological solutions. Using a multidimensional structure that uses several protocols and tools, the team will solve the problem of mutual settlements between customers and executors, if it is necessary to perform tasks in the shortest possible time, with the least transaction fees and high transaction speeds (the peak of the number of transactions will not exceed 50,000 per day) . 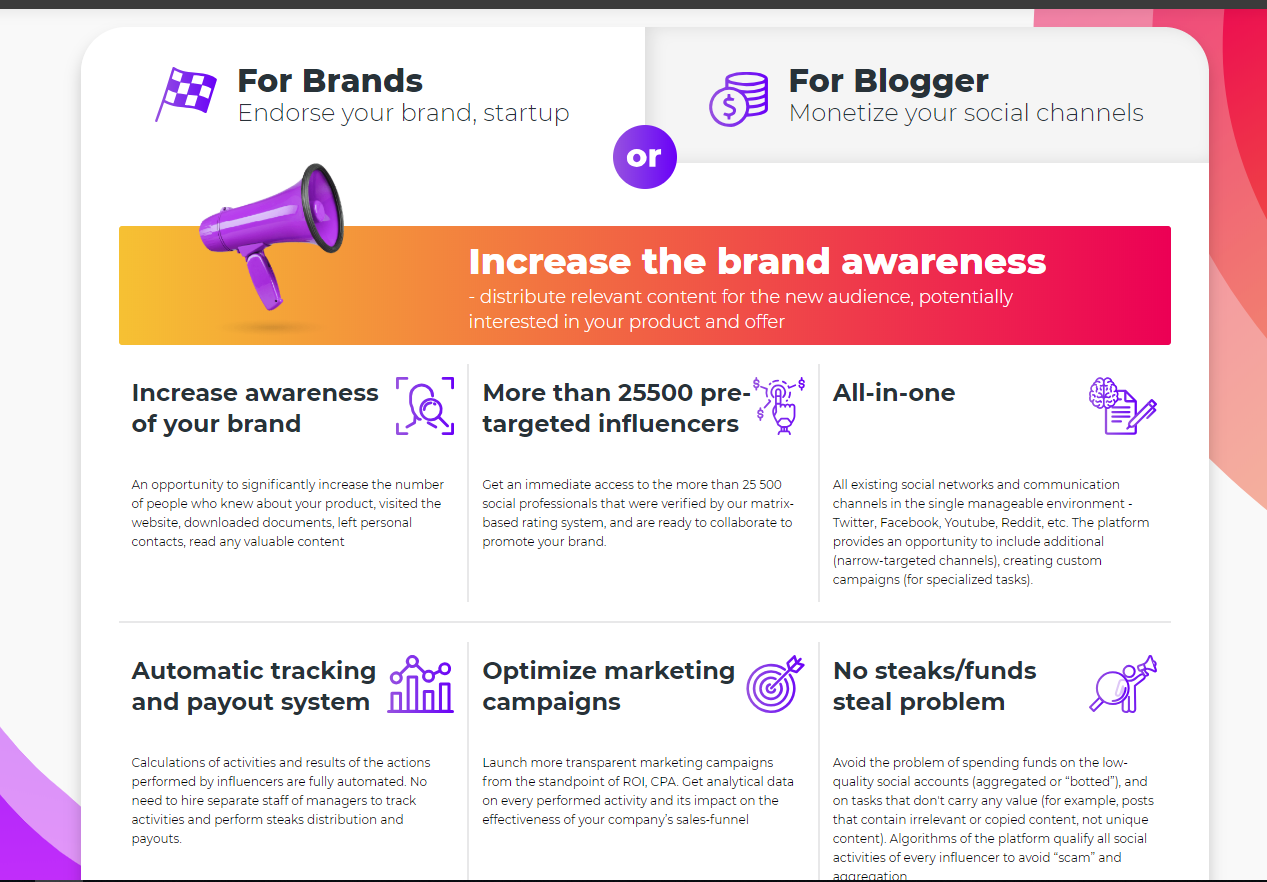 Additional benefits of the Grafen Protocol

a reliable and flexible consensus protocol - DPoS - delegated proof of the bet.
Dynamic distribution of rights to existing accounts - (Dynamic Permissions account) - allows you to distribute access to accounts; Improves the level of storage of assets and data, which is especially important when working with corporate clients.
The referral program, built into the Protocol, allows you to increase motivation by using the system and motivating the possession of the token to third-party users.
Periodic and planned payments and the integration of flexible settings and authorization to withdraw funds. This is especially important in the framework of our platform, since the distribution of payments and infusers is done at specified time intervals or after certain conditions are met (indicators, indicators).
The acquisition of tokens during the ICO enables the owner to use internal services and gain access to the entire infrastructure of the platform. Also, tokens increase security when conducting transactions between bounty companies and hunters.Also, the system will launch its own algorithm for proving the result (PoR), in simple terms the system will constitute the average value of the user account, while evaluating its real work of the executor and making a decision on potential payments and additional bonuses. What is the next stimulus and a new challenge for bounty hunters! In addition, in my opinion, this should spur more projects to place their companies on this platform.Summing up I will say that for me the implementation of this process looks rather interesting and promising and I wish this platform to implement all the planned ideas that will eventually lead more top companies to the platform and increase its rating.
The information presented in this article is of an exclusively research character and does not stimulate your investments. Take informed decisions based on your own analysis and experience.