Recently, the television industry has increased the price of advertising, advertisers take the bulk of income from the creators of content. Moreover, many large-scale networks have significantly increased the cost of subscription, thereby forcing many people to use online streaming services for daily use.
At the same time, corporations like Google, Amazon Facebook and Netflix want to build their fenced garden around the television ecosystem, seeking to gain dominance through data and access to consumers. TV-TWO offers the community a solution in the form of an open platform for those who are ready to make a step towards innovation. 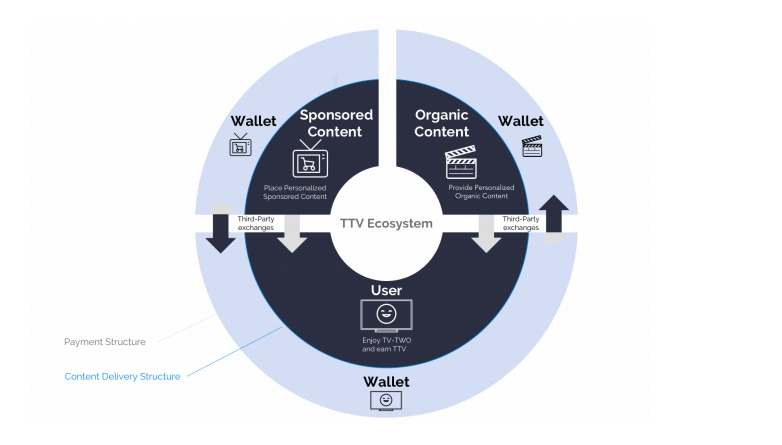 Advantages of the TV-TWO platform:

TV-TWO based on blockchain

The technology of creating an ecosystem is the interaction between users, advertisers and content producers. Individual participants have the right to directly interact with Blockchain, as well as disarm oligopolistic television networks. They can anonymously share personal information with advertisers and content producers, without violating their privacy.
Every consumer who comes to the platform, increases the usefulness of the token, thereby contributing to the improvement of the ecosystem. Content creators are rewarded by TTV users for their quality productions. TTV crowdsale is especially important for advertisers who are looking for sponsored access on the big screen.

The custom token, which is based on the air, is called TTV. The token for the television system will stimulate the ecosystem, providing security and reliability. The principle of earning a token is very simple, it is worth taking the following steps:

1. Install the TV-TWO application on your smart TV.

2. Synchronize your wallet from your TV to other devices.

3. Watch the broadcast, as well as your own personalized video stream.

4. Check the tokens that you have collected.

5. You can sell tokens for any currency that is profitable to you, be it ether, bitcoin or Fiat. 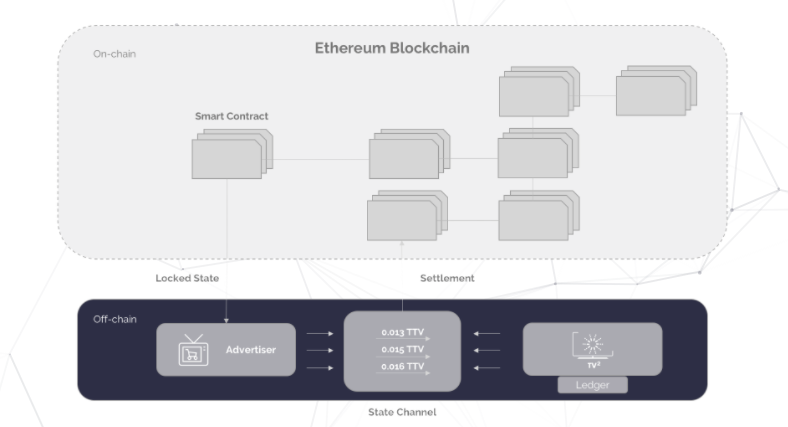 The Token for the television system (TTV) will be distributed as follows:

Get full transparency of viewing statistics of your videos, without being exposed to KPI-fraud. TTV-TWO can easily update its content to mainly reduce media costs, and can also respond to users without giving out data on television. This is definitely worth considering.

Advertising and communication services are the two largest branches on the market that interest everyone, TTV-TWO brings together both! This is worth thinking about.

More detailed information can be found by clicking on the links: