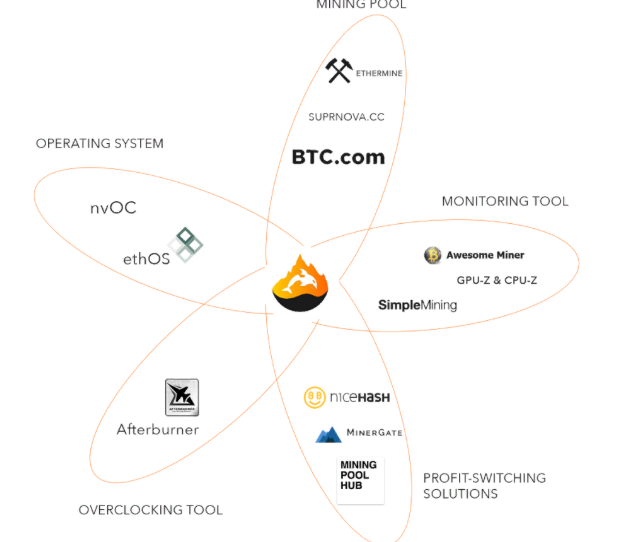 Difficult to mine – you need the right tools and knowledge

If the work of the miner was a simple occupation, then everyone would have become them long ago. On the contrary, it is a complex high-tech process requiring special knowledge in software administration and hardware maintenance. However, many people imagine mining a "Hyper-passive" income that will provide them with a comfortable old age and carefree youth.

However, as you begin your journey earner amount of cryptocoins, the beginner is faced with several challenges. Although, I wouldn't even say the word "number". Rather, an insurmountable wall of problems fenced with barbed wire. Among them:

The most common question miner-beginner - what to undertake in the first place. The fact is that although the cryptocurrency market is constantly expanding, it is impossible to determine which currency is profitable to mine at a particular moment. Perhaps you believe that one cryptocurrency is more reliable than others, but the objective reality says the opposite. It happens that the good old bitcoin gives a good profit, and it happens that it is better to work with less well-known representatives.
Profit protection. Using a variety of tools for mining, the operator often does not know what share of the reward he is entitled to. Relying on the honesty of the service, he, cycle by cycle, allows himself to Rob.
Another point with the complexity of the choice-the crypto-miner needs not only to determine what equipment to use to build Riga (which can already be called a serious headache), but also to provide a decent software environment and an adequate pool.
Equipment control. If you are not a miner (yet), you can only imagine what it costs to control the operation of the installation. The most important parameters – temperature and energy consumption, should be taken into account to calculate the profitability of the process and the required amount of depreciation. If you do not do this, then just spend time on exciting cryptocurrency mining, without any hint of profit.

The necessary tools from Whalesburg

To make the mining process effective, you need to have the necessary tools. Similarly, as for the production of steel needs a blast furnace, and the production amount of cryptocoins you need hardware, software and technology. All this you can get by using the platform that we are considering today.

In command to get easier

The common pool for mining is one of the elements of the Whalesburg platform. Why it is necessary, we will tell you right now.

First, you should know that mining, in its essence, is the solution of a mathematical problem. And the more transactions take place in the cryptocurrency and the more miners support them, the greater the likelihood that a particular miner will not produce the desired number. Although, in General, the probability that together they will get the right amount — is growing.

That is why separate mining has sunk into oblivion. After all, if you alone begin to look for the answer, the probability that it is your equipment to cope with this is very small. Perhaps you will become a winner - then take away all the rewards. But this is not even the same as winning the national lottery – the probability is much lower. If it is not clear yet, we will explain it to you.

Imagine that John gathered friends for gambling: in front of them 50 caps, under one of which a hundred dollar bill. In total, John's party has 10 people, which means that each of them falls on five caps. If they all start randomly looking for a bill in turn, it is likely to spend a lot of time and effort, after which one of them will win, and nine will be disappointed and will never play the game John.

In fact, it would be much more profitable for them to start checking the caps sequentially and then divide the winnings among themselves. Sure, it's not the original $ 100, but that way they can play John's game multiple times for and earn a hundred dollars a day each.

It is on this principle that the invention of the miner community – the pool-works. This is when cryptocurrency miners get together and start mining, consolidating all their forces. Once the desired hash amount is found, the reward is shared between the participants based on what capacity they have provided to the pool. That is, if you have, for example, 10 rigs, you will receive a greater reward, since the probability that you will find the amount is much higher than for someone who owns only one.

Your GPUs that run on computers don't actually run at full power. Their technology is protected from total Overdrive to serve you long and stable. But for a miner, a video card is a consumable. Same as the jockey, not sparing the horse, it accelerates on the racetrack and cryptoscheme will not protect their own power overload. They need the equipment to work at full capacity. It is much easier to replace the burnt element than to constantly miss the profit.

However, the software, which is used by miners now, does not allow to establish a decent ratio between power and wear rate. Without a doubt, they allow you to "overclock" the GPU, but can not guarantee its stable operation even for a short period of time.

Tool for overclocking graphics card was provided and Whalesburg. The advantage of the platform solution is that it not only increases the power of the graphics card, but also controls its operation within safe limits. As a result, you get not only effective production, but also do not have to go to the store for graphics cards more often than for milk.

In addition, overclocking tool from Whalesburg, allows you to connect not one or two Riga to the software, but also up to ten installations, so you can establish not only effective work on a large scale, but also total control over the process. By the way, about control.

And also provides Whalesburg OS. With the help of a special operating system created by the platform team and software for monitoring the mining process. This means not only control over the correctness of the process, but also control of the equipment for overheating and errors. This system has its own algorithm, and it promises to be much more efficient analogues.

Remember, at the beginning of the review, we talked about the need to know what kind of coin to mine the most profitable at the current time. And the platform Whalesburg copes with this better than anyone. The fact is that they provide automatic switching between coins, even without operator intervention. That is, as we said, when the result does not justify the application of efforts in the process of bitcoin mining, the system itself chooses a better currency, and Vice versa. Thus, the miner's installations always work as efficiently as possible.

The best does not mean the most expensive

But not the cheapest, of course. To start using the platform you will need to purchase a platform token – pay the entry fee. Further, you pay only for the use of the pool, and not very much (according to CEO-John Kitkin-this amount will not be more than 0.45%). Everything else will remain free for the miner: switch, operating system, monitoring tools. It seems that this is an incredibly lucrative offer in this area of earnings.

Right on the project site, you can click on the link and start using the MVP from the team – mining pool. Of course, until you can not please yourself with the whole set of software that will appear on the platform very soon, but its own algorithm for switching between supported coins has already been launched. As you can see in the illustration below, in recent years it is most profitable to work with Ethereum. However, transactions with other currencies also occurred relatively recently.

For now, the minimum product only works with Ethash coins, but very soon, the list you just looked at will be significantly replenished with a number of other coins. By the way, a pleasant moment is that all the work of miners will be paid with the help of Fiat (on MVP – in ETH). On the one hand, it is much more convenient than holding dozens of different coins (and you will mine completely different currencies), after which they will need to be converted, and on the other, and the platform itself is much more convenient to pay the reward in this way.

This concludes the review of the platform Whalesburg, though about it and can say much more. Such a tool opens up significant opportunities for miners (with Whalesburg they will really be able to spend less time on work☺️). Well, we look forward to the launch and wish good luck to the project team!