ExoLover is a project that includes a decentralized platform and an innovative collection of devices for sex toys that allow users to experience the full range of sexual experiences from sexual intercourse alone or with partners from around the world.

The device was born from the idea of ​​an exo-skeleton-Exolover device that covers parts of the body and provides support for a more complete satisfied sex life.

Relevance of the project:

Today in the developed world, an increase in the number of people who do not have the opportunity to have sex regularly. That is why the demand for various sex toys is quite high. With ExoLover, these and many similar problems will be solved once and for all. ExoLover users will now be able to realize their wildest fantasies with innovative devices that can be connected to the ExoLover platform. All devices created by ExoLover developers are able to transmit the sensations of sexual intercourse to the fullest, and anonymity will become another weighty argument in favor of the ExoLover project. Anonymity is one of the key issues for married and married people, so the ExoLover project gives him a lot of attention.

Developers of ExoLover offer a technology, anonymous and secure platform for the search for sexual relaxation. Each user can realize bold fantasies at any convenient time, with a suitable partner. Without advertising, risks, condemnation - with the help of innovative devices that simulate physical contact.

The mission of ExoLover is to create an anonymous, safe and flexible space in which everyone can get vivid sensations and an unusual sensory experience. Unlike Tinder and dating sites, there is no real contact between people, all users are anonymous - it protects privacy of everyone, excludes negative consequences of any kind, allows you to receive satisfaction at any time, in any convenient place. 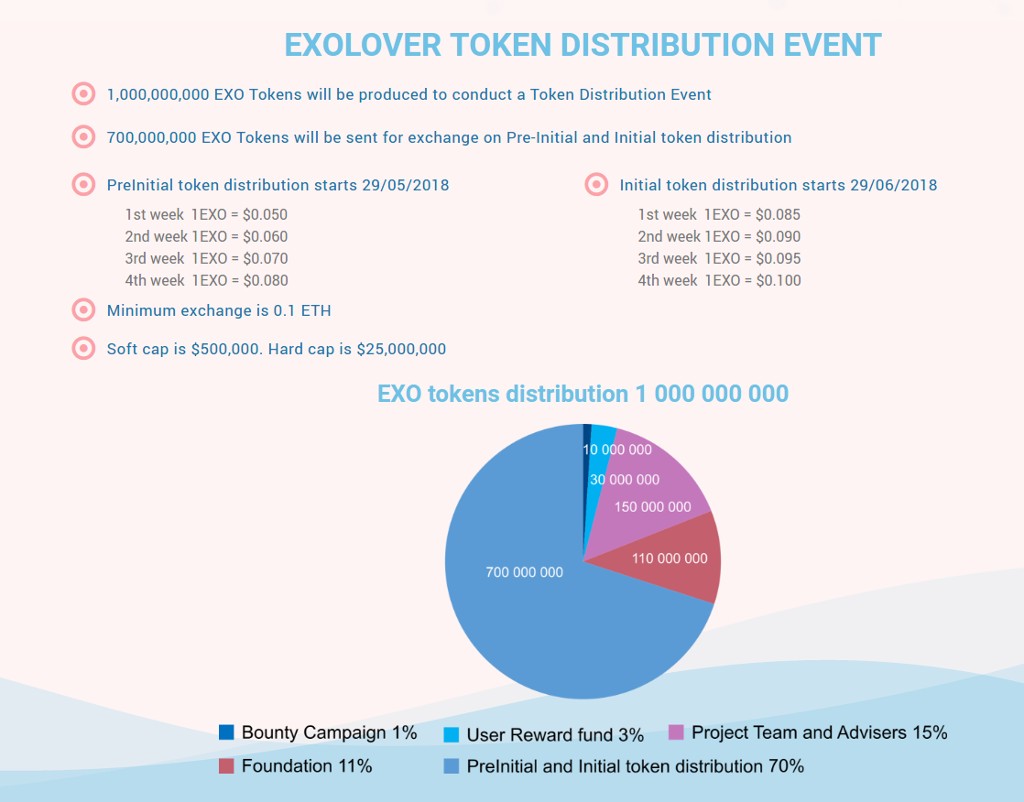 Developers released a billion EXO tokens at a price of 5 to 9 cents for each (the price increases by a cent every subsequent week). Released tokens will be implemented during the ICO (70%), transferred to the team of advisers and developers (15%), the organization itself (11%), used to encourage users (3%). The remaining 1% is planned to be spent on the Bounty project.

Pre-location of the tokens will start on May 29, 2018, the main round of ICO will begin on June 29, the minimum investment threshold is 0.1 ETH. Developers plan to collect a maximum of 25 million dollars (hard cap).

According to Roadmap, the development of the platform began in March 2018, until January 2019 the team will work on improving the ExoLover, so that the devices most accurately simulate real contact. At the end of the first quarter of 2019, certificates for technology and materials will be obtained, first versions of devices will be released, video instructions for users will be removed. The MVP project will be issued in June-August 2019.