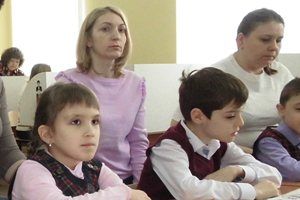 While no scientist can say why a cheerful, loving to play a kid at the age of about one and a half years suddenly begins to plunge into himself: ceases to respond to the name, does not want to play, stops catching his mother's eyes. All this can be a sign of a complex disease - autism.

"If you saw a person with autism, you saw only one person with autism," experts say. The spectrum of manifestations of this disease is so wide that professionals say not so much about autism as about disorders of the autism spectrum (RAS). A person with autism can have either high or medium or low intelligence, he can be quiet or noisy, he may be afraid of tactile contact or strive for it, autism can be the only disorder or one of a long list of pathologies. The only thing that unites all people with autism, regardless of the degree of their disorder, is the inability to communicate and build relationships with another person.

The specialists of the Center for Social and Speech Adaptation and Intensive Care for Children with Severe Violations worked for several years on the solution of this problem - inability to social interaction. They worked not alone, but in close cooperation with the education department and, of course, the parents of children with autism. One of the methods that helps a child with RAS to adapt to this world is training in a resource class. The resource class assumes that a child with autism will attend classes with his peers. How many will be these classes: one or more - depends on the willingness of the child. Being in the company of the most ordinary children, the child with the RAS acquires the norms of behavior in society, learns to communicate. 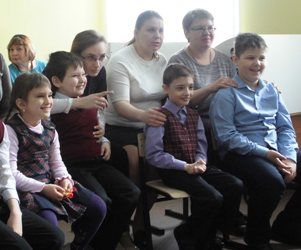 In words, everything sounds pretty simple In fact, behind this is the great professionalism of the organizers and the serious financial costs. For children with autism equipped with a class with the most modern equipment. If the child "overloads", gets tired, he has the opportunity to go into the sensory zone in order to calm down and rest.

Now six children are studying in a special class. A large number of specialists work with a special class. In addition to the teacher, each tutor is engaged in a tutor (assistant teacher). He helps the child to fulfill the tasks of the teacher, attentively follows his condition, escorts him to the dining room, instills basic household skills (such as washing hands, the ability to gently eat on his own, etc.). In addition to the teacher and tutor, the defectologist, speech therapist and psychologist are engaged with children.

Several years ago, the fate of children with autism was predetermined: home schooling, and then - lifelong imprisonment in four walls. For a few years, much has changed: children have the opportunity to study in an ordinary school, to be friends with other children, to learn, to live the ordinary life of an unusual person.