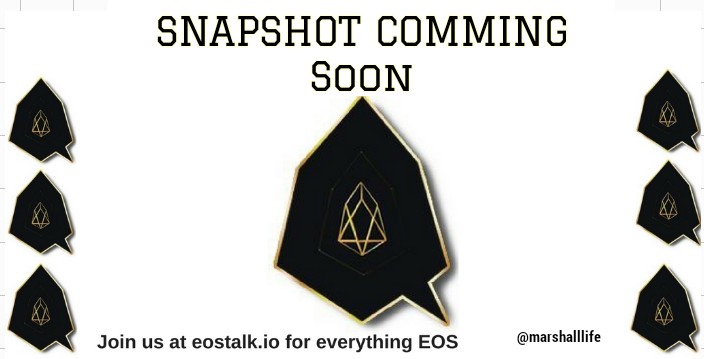 The whaleshares sharedropped was announced and on August 1st the snapshot took place in a random block [29222369]() and down to the claim period, officially over for now but heard they would be another claim period after refunding users their mistaken sent bitshares assets.
Don't forget the whaleshares project was brought to us by the beyondbitcoin team on whaletank project,
And this team also we be officially launching the Eostalk chain and would be sharedropping this token to some eligible individuals holding some certain tokens- how can you be eligible for the Eostalk sharedrop?

Eostalk is a forum created and designed to handle all EOS related discussions in a bid to develop a community around it for better participation. To understand Eostalk you must first understand what EOS is.
EOS is the new Blockchain architectural

marvel with the ability to scale millions of transactions per second, eliminate user fees, and allow for quick and easy deployment of decentralized applications.

So for a badass crypto like this, a forum is needed to help people get clear understanding of what this means and how to better enjoy the best of it.

Dan once said it pays for a crypto forum to be on a chain, The Eostalk forum will be on a chain and like what was started earlier, building a community arounds it - and tokens to reward the users.

Though the particular date for the sharedrop /the official launch of the project isn't yet announced, i believe it might happen Q4 2018 or would be moved to Q1 2019- what ever date the snapshot or launch date might be, it would be nice we don't miss our selves this opportunity of becoming a large stake owners of the Eostalk forum tokens when the airdrop hits.

I was made to understand that for anyone to be eligible for the snapshot, one had to own an Eosbits as Eosbits attracts sharedrops of related works/ "i don't know if in the future other tokens that will attract the sharedrop would be announced", but for now with the little information's i got, the Eosbits will attract the eostalk tokens and that makes all Eosbits holders eligible.

Well I'm just Trying to get everyone inform and for us getting prepared of the first forum on a chain that would dish out its tokens to ##### holders of Eosbits, Eosbits is worth a bandwidth token on the EOS mainnet but would be upgraded to Its own Dac soon.

Think of them like chucky cheese tokens for Dapps! And of course it is possible they will be sharedrop targets in the future for Dapps!.

For now the Eosbits is cheap and avoidable, currently 0.4bts and because people are not fully aware of it's future uses - as soon as the Eostalk project kicks off and ready to launch plus snapshot announcements - this will definitely spark up the price just like in the case of the whaleshares snapshot.

This is not an investment advice,but just trying to enlighten people and make them get aware of a future project that would be more unique and might also be beneficial.
How you invest is up to you to decide and make research on.

Looking for where to trade or buy Eosbits? Click here

You can also earn Eosbits free from participating on small weekly minor tasks, like the eosbounties , check their discord or telegram groups read more here or you can check @officialfuzzy blogs to see how to earn this Eosbits