A work around sphere innovative platform 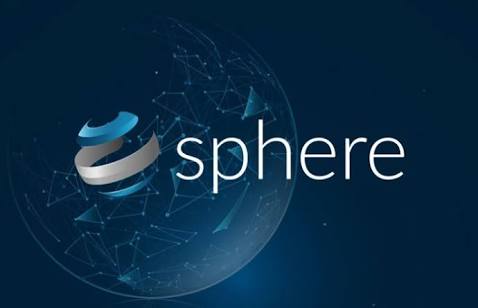 Sphere is a decentralized social network,privacy and rewards users for the data used on social activities.

Sphere is built with the sole aim of showing company transparency of online activities, fundamental building blocks of every social platform with their privacy, and data security decentralized.

Every online users with their data on every interaction should be compensated.
Unlike traditional social networks, every activities and interaction you make benefits someone else,which is not supposed to ne so.
Sphere allows you to make earn from your interactions on social networks like it self.
though they are lots if social media chasing the fate, like steemit, appics, golos it self, sphere is making it look better with its fast app version and above else, its trade able token and an ethereum based token compatible with Erc20 wallet.

With the use of blockchain technology sphere tends to give you a share from benefits of this industry.
Sphere believes every social media users have a share of the revenue generated from social networking industries, for me i pronounced '' sphere'' as

The sphere idea is to create a decentralized social network on a blockchain which would incentives and reward the end users for interacting with this social networking site.

Apart from getting compensated for your social networking activities, you can also
invest in Sphere and be part of the revolutionizing social networking,be a stack holder.
The sphere project is a promising one,you have a lot to gain with a zero lost.
The tokens sale (Ico) is open to investors who wished to invest to this beautiful transparent project, like i earlier mentioned, its an ethereum based token and compatible erc20 based wallet is needed to store token, its also Tradable.
The sphere token is called SAT. your tokens can be use for social media interactions and influence to Like each contents.
This means that you can use these tokens to earn dividends as Sphere grows in value.

Be part of a new era of cryptocurrency and spread the word, invest and once the network grows, your investment grows with it, The sphere project become far back 2016 and with this you can see a lot of research,efforts, time, money has be put on this project to make it a successful one.

"Be part of something beautiful and sphere your dreams into reality" .

Not withstanding you can still participate on sphere bounty to get more SAT, bounty closes on the 6th of April, just so much is going on around the sphere platform no wonder it is called sphere social,you can also join the sphere ico, invest much so you won't be part of those that regrets later.

"Be smart with sphere"