I DON'T SUGAR COAT ANYTHING -STEEMIT MESSED UP 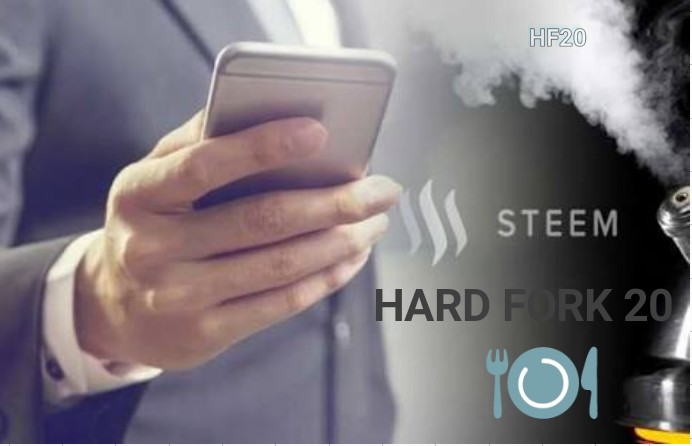 This few days had seen most of us getting vexed because of the HF20 updates that was deployed to the blockchain on. 25th - and this has affected both the rich and the poor /{whales and minnows}

Though the steemit inc keep saying the update was successful but we all know it was a blunder and had nothing closed to be called a successful update.

Back then when the witness rejected HF17 because of some issues pertaining the updates and many witnesses had their own views of the updates and for the fact people's investment and lively hood was based on this project most updates were over looked to counter similar things that went bad on HF20 - but they said Change is constant and the steemit inc. Have been updating and patching the chain for a while until v20 were new things was implemented and that was were everything went bad and rogue.

Steemit was trying to do everything possible for a future long-term usability and advancement but only to see steemit stagnant like a moving sun this passed few days.

The anger is, many of the inside team keep telling us all the updates was successful,if it was that successful how come many people still can't use what they've been using everyday, every seconds?.my take was that proper test wasn't conducted before the updates were deployed - they knew things went bad but many of this witnesses ain't admitting, though many admitted too.

the HF20 might be a good update to really improve the whole process and features of the steem project but wonder why it was done in a hurry - few days back after we experienced the glitches and a bug was found on V19, a situation that made steemit unaccessible for many hours and all dapps went down - i was hoping this must have thought us all a great lesson - and proper care and testing should be done before anything is done on a commercial social media website like steemit - the whole steem developers / the ceo were all in a hurry for something they still haven't told us about, my guess would be the smt that has been taking forever to implement, they thought version 20 is the real deal and forgot to run properly testing before deploying it. they were all in a hurry to conquer and they forgot victory starts with proper planning
{proper planning prevents poor performance}

If everything went accordingly as planned, they won't be any need of patching up a code that was deployed not even up to 54hours , why then some people keep telling us it all went fine, a screenshot i took from steemit blog shows that it wasn't successful at all - but still find ways to arrange it sentences as if it was a success and the patching is been done to Help things get back to Normal and finding ways to lift off limitations and restrictions they had in early stage implemented on the code before deploying.

Steemit at a time was a very peaceful busy city - How it all became ruined and war like manner like Syria is all the fault of the team,
And lack of responsibility played a part also.

There was a time when everyone cried out for a change like this - people could even wait for days for steemit to return back to his glory days but the team gave us all a deaf ears for the fact they were all playing kings and queen, had nothing to lose and benefiting from all our cries cause we looked up to them and steemit as at them was our only option and hope to post on a chain - they played and toyed with our loyalty, they made our voices get lost in the multitudes cause there's could be heard with just a post- when many users already saw steemit was dying and resuscitation to the chain is impossible - many left to become a great community on there own and learnt from the mistakes of their (predecessor), always kept that in mind to make sure those holes were covered and corrected worked all day and not to failed the community ever again.

This brought up the forks
Like golos
Whaleshares
Weku

Some minnows went to other chains to start a new life and got heard quickly - they all Have been struggling on steemit but noticed this other chains to them is flexible and working out fine for them-they were a lot better than steemit because it already corrected its mistakes.

Steemit saw this and tried to restore its glory and i hope it ain't too Late to be like its first days.
how they define success is something i am still trying to grasp through.
Tell us the truth, so we can no how to follow suit**

This evening with my friendname kush- Video of us kushing some Loud.