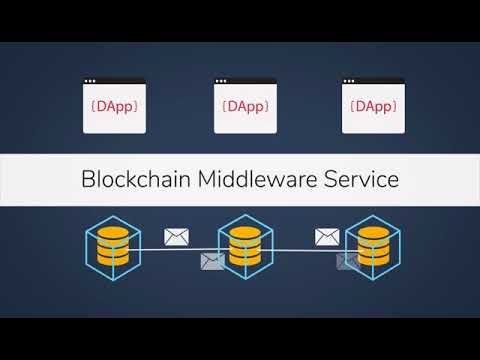 The Fever about cryptocurrency is increasing, people have heard about it, and more and more people want to find more about it, and find a way to be a part of it. When blockchain technology came, so many things changed, for better, we say. So many businesses have improved, so many companies have started using crypto currencies in their work. The new ideas are coming every day. People want to invest in the new projects. We have the biggest tool in the world, and it is called the Internet. The internet is an enormous base of information where we can do anything. Internet has connected the entire world.
Because of the access to the internet we are able to get information about one of the most incredible crypto-project which is known as Udap

UDAP, a Universal Decentralized Asset Platform, is a blockchain middleware that provides Restful APIs and an 'Asset Wallet' for application developers to create powerful blockchain based applications without writing any smart contracts. It's a 'layer two' solution to non-fungible assets to simplify and accelerate blockchain application development.

UDAP is a blockchain-based asset protocol that sits between applications and public blockchains to provide Restful APIs and an "Asset Wallet" for application developers to create powerful blockchain based applications without writing any smart contracts.

In what we call a "Asset Oriented Programming" model, app developers take advantage of the traditional Internet application architecture and use UDAP as a layer of asset tokenization, transaction notarization and contract adjudication in case of dispute.

Token service, to manage the full life-cycle of asset-backed crypto-tokens. Applications can immediately register token-based assets on chain and offer built-in marketplace to their customers.

State channels service, to allow applications to conduct transactions mostly offline and secured by public blockchains, such as Ethereum.

Universal wallet for versatile mobile user interface to deal with any token-backed assets that UDAP has helped to maintain.

The service implements state channel technology to help application to properly partition their application logic between on-chain and off-chain, to achieve the best of off-chain efficiency and on-chain persistence. This is critical to minimizing the cost and providing the best possible user experience.

Almost all of the well-known first-generation blockchain systems have hard limits on the number of transactions. Bitcoin limits the maximum block size, Ethereum limits the total amount of gas in a block, as examples.

The idea here is to solve the problems by adopting and using state channel technology.

For example the issue of scalability can be tackled because the technology treats blockchain as the dispute adjudication platform that normally is involved in the minute-by-minute operations, but only plays its role when contracts need to be executed and very important assets need to be protected.

By leveraging state channel, transactions can run remotely off blockchain and with this arrangement cost is drastically cut down.

In addressing the concerns often raised regarding privacy, UDAP gives users the technology to control the visibility of their assts.

Finally, as it concerns the degree of responsiveness, the platform by leveraging state channels would enable blockchain supported applications to provide best possible UX in addition to a number of special features of decentralized ledgers.

It should be noted that UDAP does not in any way represent a generic State Channel framework. It is rather an implementation of State Channes that are guided to the applications that deal with non-fungible assets.

Singular is a new asset account model, it defines how a thing is tokenized and how it deals with ownerships and trading in a decentralized way. The Singular asset model implements a concept: One thing = One smart contract

The Singular project is a natural development in the spirit of some of the earlier blockchain proponents who had envisioned what blockchain with smart contracts would achieve.

The fundamental concept of the Internet of Asset Protocol is to build a "Thick Protocol + Thin Application".

Application developers only need to have sufficient knowledge and understand their business logic and user experience, Therefore, the application is thinner and easier. A thick protocol based on UDAP middleware helps them to accelerate the blockchain development, to secure the transactions, and to reduce the development costs.

The service implements state channel technology to help the application to properly partition their application logic between on-chain and off-chain, to achieve the best of off-chain efficiency and on-chain persistence. This is critical to minimizing the cost and providing the best possible user experience.

Harvest Wallet is an Asset Wallet that supports ERC20, ERC721, and Singular types tokens. It provides individual users with great convenience and a unified interface to tokenize, manage and publish their own tokens, various fungible and non-fungible assets, and third-party applications can plug-in the wallet too.

UMedia is a marketplace for collectible music and other forms of digital media assets on your mobile phone, it included some complicated blockchain programming modules like all different token services, marketplace, Proxy Re-Encryption, State Channel, Singular. UMedia is to demonstrate the technical capabilities of UDAP. It’s so easy to make a Dapp by UDAP. Developers can use UDAP’s middleware to transfer their normal business into token-based business just like UMedia does.

About The UPX Token

UPX tokens are implemented using the Ethereum ERC20 standard. The Total Supply is 10,000,000,000.UPX tokens can be acquired in the following ways: Token Distribution Event (TDE) Purchase of UPX tokens from secondary markets, such as cryptocurrency or token exchanges Airdrop (this method is intended as a means of popularizing the UDAP).