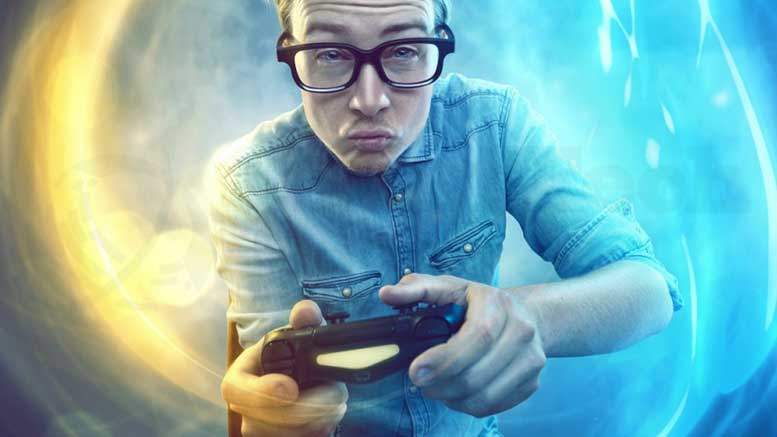 Computer games today have become very popular and being played by almost everyone, regardless of age or social status. For some, it's just entertainment, but there are many companies for which it is a real business that brings a constant stable income. The market for computer games is growing and developing rapidly, but there are a number of problems that have not yet been solved. One of these problems is the fact that most games require real money investments from the user, but the content is offered in return of poor quality and without the possibility of monetization.

In other words, the game developers want to invest in the creation of the next "masterpieces" as little as possible and receive super profits, while the user does not receive in return almost nothing. Moreover, the big developers today have actually become monopolists in the market, while there are many promising content creators for computer games that could make the virtual world even brighter and more interesting.

All these and many other problems have been solved by the creators of a fundamentally new digital platform Yumerium, which will be a single space for fans of computer games, as well as for developers of relevant content.

How does it work and what is Yumerium?

Yumerium is a new platform based on blockchain technologies, which has a number of advantages over any similar projects. After the platform is launched, the developers plan to implement a fundamentally new approach to computer games in General. The essence will be that now gamers will not only pay money for the content or play games for free, but will be able to earn on it quite live money that can be withdrawn to your card or e-wallet.

At the platform, you can just play your favorite games, and also perform the following actions that will lead to profit:

Thus, earning tokens that can be easily turned into real money will become simple and interesting, which will allow you to get new and new prospects. In addition, the technology of blockchain and smart contracts will allow to use a decentralized payment system, transparent and profitable for everyone who decides to become a participant of the project.

In fact, it will look something like this: each game that will join the Yumerium system will receive a "seed fund" from the developers, which can be spent on the following goals:

It is worth noting that such a platform, which unites players from all over the world, will be a fundamentally new word in computer games in General and will have many prospects, as it is possible to include computer games in the program of the Olympic games as a sport very soon.

The team of Yumerium project

The Yumerium project team is unique in its own way, as it is an international team, where you can see both already familiar people who participated in other successful projects of a large scale, and new people who have certain achievements in this area.

Thus, thanks to the experience and aspirations of the creators, all the goals set for the new project can be achieved in the near future.

Advantages of the Yumerium project

The new project has a lot of prospects and it has long been discussed by gamers from around the world as a fundamentally new discovery in the field of decentralized platforms, which has never been used in the interests of the gaming community.   Among the advantages of the project are the following:

Based on the above, investors from all over the world are already paying close enough attention to the new project, as the market for computer games is constantly growing and developing, and those who have time to take a convenient niche, will be able to get good dividends from participation in the project.

Today, the pre-sale of tokens of the system continues, the third stage of which is planned to be completed on July 11, 2018. The cost of one token today is only 0.1 US dollar, and therefore not only large investors will be able to take part in the project, but also everyone who wants to become part of this large-scale and fundamentally new platform. Don’t miss your chance to acquire YUM tokens today!

I haven’t heard much about this project to be honest, before i read your review. Looking promising so far!

Great article @mak2017! Thanks for telling us about another great project today, keep it up!

I will be investing in this project for sure, as i am a gamer myself and will definitely tell my friends about it.

Gaming industry is growing very fast nowadays so i have no doubt that Yumerium will take their niche in this industry, great project!

My son plays games all the time, and to be honest sometimes we play together. Would be nice to have an ability to earn while playing your favorite game. Thanks for review!