EQUI Capital: At the crossroads of time and technology 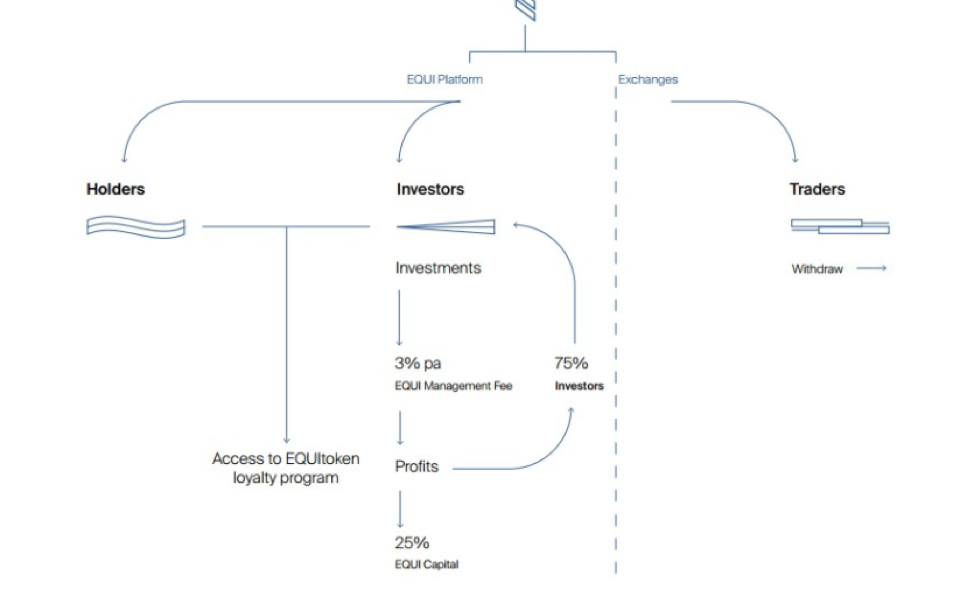 Investing your own funds in various projects of other people is a fairly common and popular practice throughout the world. Many people who have free money do so, as they don’t have time to "reinvent the wheel". Already quite a long time in parallel, there are two worlds of investment: real sales of shares and the sale of "tokens" of various projects. The blockchain technology allowed to seriously widen the limits of investment, and for this reason, more and more new projects began to appear.

However, not every token sale is running smoothly without problems. Firstly, there are many unscrupulous startups that raised money in the ICO and disappeared without a trace, and secondly - not all conscientious performers were able to cope with the obligations assumed. So does this mean that it’s not worth investing in ambitious projects? The answer was ambiguous until a new project called EQUI appeared.

What is the EQUI project?

At its core, EQUI's blockchain platform is a platform that will act as an intermediary between investors and new interesting projects. Any project before going to the platform will be tested and recommended or not recommended by EQUI developers. Initially, the failed projects, thus, can not get to the platform at all. This will protect your investment and make the risk minimal.

Every participant will benefit from EQUI platform which is based on blockchain with additional advanced technologies. So the distribution of profits will be as follows:

As can be seen, only 25% of the profits of any project will be taken by the platform itself as compensation for mediation. And this is despite the fact that EQUI will not be a "bulletin board", but will give advice, to help make the right choice, etc.

Who can participate in the project?

Everyone who wants to invest in projects of the future, as well as the founders of start-ups themselves, will be able to participate in the project. Investments and risks, however, remain minimal, as EQUI does not allow third parties to interfere in certain transactions.

Any investor will be able to invest their funds in one or several companies, forming an investment portfolio. It is very simple and profitable, according to the developers of the EQUI project. In addition, even the most daring ideas will now have the right to be realized.

What are the benefits?

Among the participants of the project it is possible to note:

1. Investors. These persons will be able to purchase EQUI tokens and pass them on to any product developers, at their discretion, who are deemed to be the most promising. The investor will receive 70% of the actual profit of any project, in which tokens will be invested. Anyone who supports this or that project with money, among other things, will receive a very substantial bonus in the form of 5% of the total amount of investments made this year.

2. Holders. These people will be able to purchase tokens, but do not invest them in these or other projects, but simply store them on the platform. Holders will also receive their 5% interest as a bonus.

3. Traders. These users will profit by withdrawing tokens from the EQUI system in order to trade them on an exchange or exchange them for the tokens of other projects and get some profit from it.

It is worth noting that the same EQUI member can simultaneously be a trader, investor and holder in any combination. Decentralization based on the blockchain has the main goal - equal rights of all participants. For this reason, everyone who supports the EQUI project will be guaranteed with a profit.

EQUI Token Sale has been resumed on May 15th 2018, and will last until July 30th.  There are very generous discount at token pre-sale, up to 40%, i suggest you not to miss this awesome opportunity. Already today i can surely say that EQUI has became, without exaggeration, a venture fund for the next generation. With a strong team behind this project, who have already been in venture business for years it’s only a matter of time till EQUI will be known worldwide.

Will definitely join this project, people behind it achieved a great success already. I think EQUI will succeed as well!

Great review buddy! Do you know what will happen to unsold tokens?

Glad you enjoyed it, actually you can get an exact answer at EQUI telegram group https://t.me/equicapital