Blockshipping - А new revolution in the world of logistics 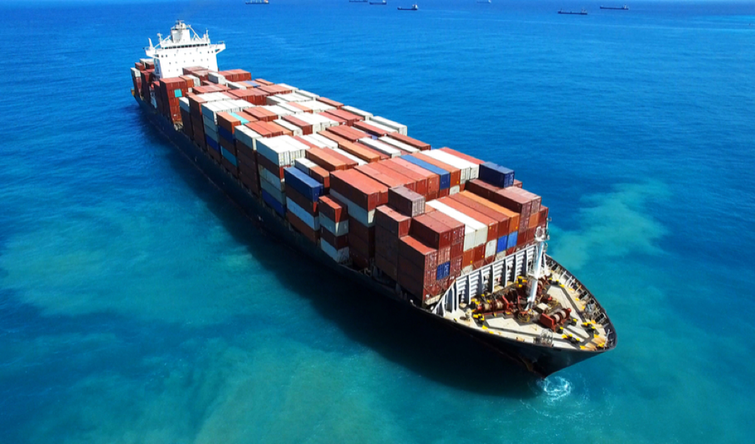 Despite the rapid development of aviation and the fact that the land is increasingly being drawn together by a network of roads and pipelines, the vast majority of cargo is still transported by sea. Sea transportation is radically cheaper and, despite the relatively low speed of ships, often go faster than land. First of all, due to the fact that it is possible to transport a huge number of goods “in one go” - a typical container truck capacity replaces more than a dozen freight trains.

However, sea transportation is an extremely conservative sphere. The last really big change (Yes, there was a real revolution) is the transition to the transportation of goods in standard containers. However, this happened more than half a century ago. Since then, almost nothing has changed. Even the documents for the containers are processed by the eyes and hands of port employees. It is not surprising that the containers periodically "ride" empty on the other side of the world or simply lost, which entails multi-billion losses.

The developers want the platform Blockshipping GSCP to win this “container chaos”. They want to equip at first 26 million containers with beacons and combine them into a single blockchain. And the process of ”collecting" the network has already begun. 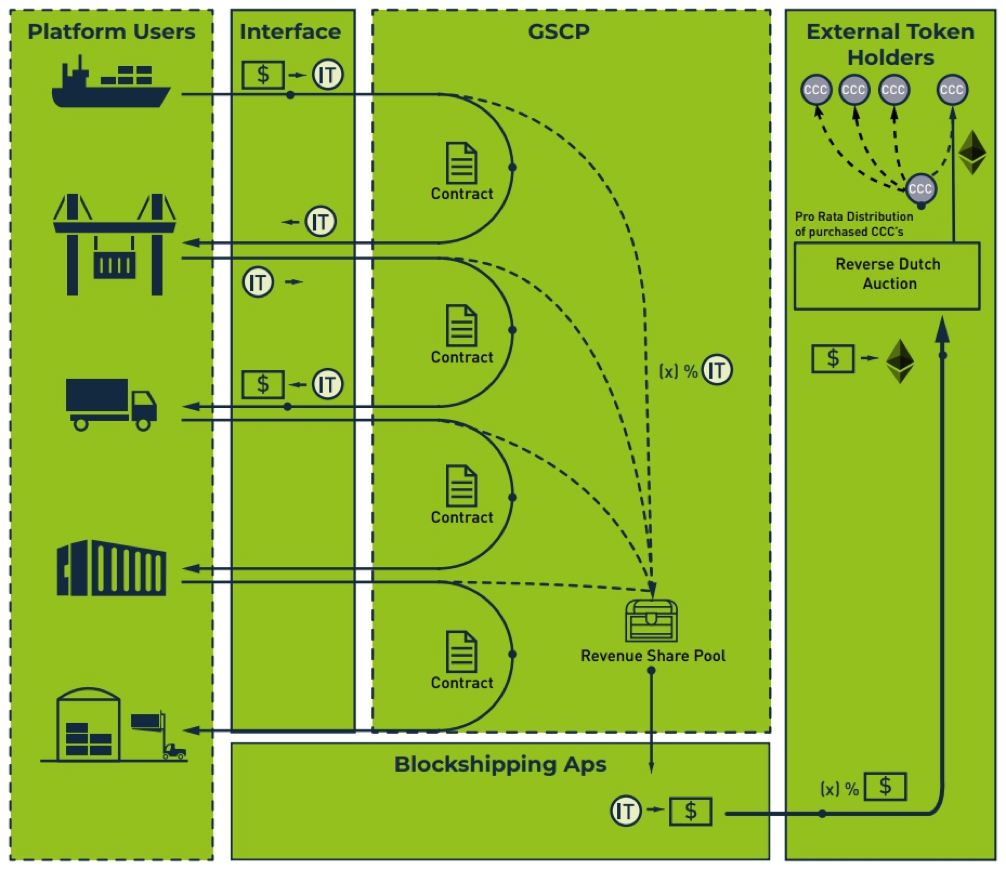 This will allow logistics companies, shippers and consignees to find out at any time what is happening to the container, where it is, who and what actions are performed with it. And blockchain technology will exclude the possibility of data forgery and fraud.

Thanks to Blockshipping GSCP, the time of delivery of goods will be reduced by reducing the time spent on paperwork, the risk of loss of the container, its damage or theft will be reduced, and logistics companies will be able to radically reduce their costs as well.

According to very conservative estimates, the “container blockchain” will reduce the losses of companies engaged in container transportation by at least $ 5 billion per year. So the list of interested in the success of the project is very large (and the Danish merchant fleet is already actively supporting and financing this start-up):

Two tokens - The way to stability 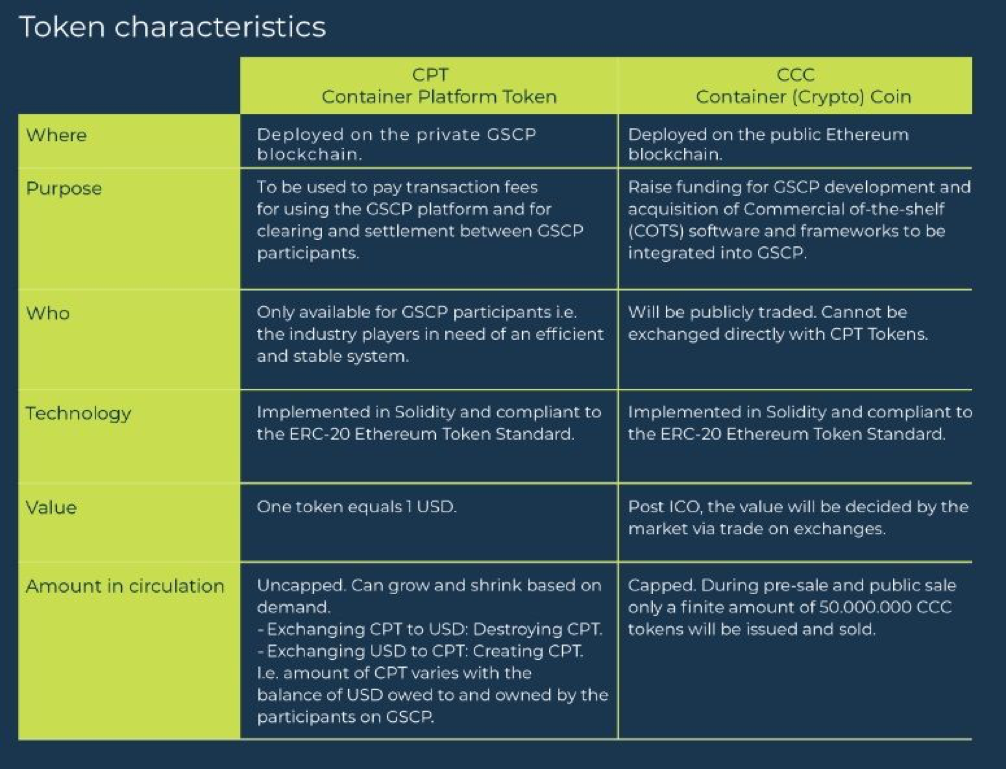 An interesting feature of the Blockshipping GSCP project was the use of two tokens - CCC and CPT.

The first is the ”investment" token, which is sold during the ICO. It can not be used on the platform for calculations, but it gives the right to receive dividends.

All services of the company will be paid with CPT tokens, which will be sold for ETH.
Moreover, the trading value of the CPT to ETH will be reducing, until all tokens are sold. The received ethers will become dividends for the CCC token holders - they will be distributed among investors in proportion to the CCC tokens that they own.

This scheme, though it looks very complex, protects the project from speculators and turns CCC into a kind of “stablecoin”.

Not far behind is the project founder Peter Ludvigsen - he works in logistics is already 39 years old. Moreover, he was engaged in the automation of business processes in logistics and the introduction of new technologies.

Yes, someone may say that innovative projects are the work of young people, but such a baggage of knowledge and experience cannot be discounted. These guys really know what they're doing.

Logistics is one of the main markets for blockchain technologies. Their application is logical and understandable not only for developers, but also for companies in the industry. Logistics companies have already evaluated the benefits of decentralized technologies and are ready to pay for their implementation and development.

At the same time, Blockshipping GSCP is not trying to sell something extremely futuristic (like a popular idea with a global network of Autonomous drones). They offer a "mundane", applied and understandable solution that will allow the industry to save a lot of money. Not "sometime later,” but "now."

Add to this the enormous experience of a team that knows all the “pain points” of the container market from the inside, and you get a project “doomed to success”.

Enjoyed reading this article! Looks like i’ve found another interesting project to do more investigation on my own, cheers @mak2017

If you just look at the yearly lossed in this industry, it’s becoming clear that Blockshipping will definitely take their niche in this huge market worth of many hundred billion dollars.

Hope that we can see some solutions already working in 2019, as i have a great feeling about future of BlockShipping.

Such a professional team with great vision and knowledge how to achieve their goal, definitely a standout project worth investing as for small or big investors on the market.