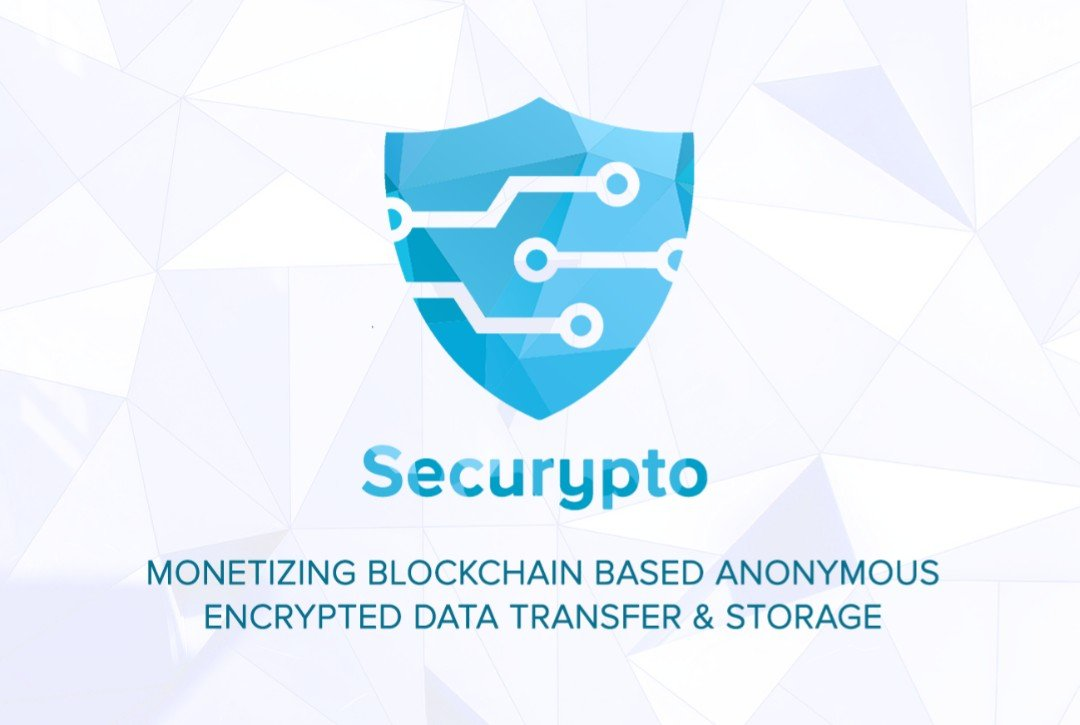 There’s no doubt to say that life has become much more comfortable from the begging of the internet invention. Communication to Shopping, Internet has been playing a significant role in public daily life activities by its usage in every spare of public life. As the internet is being used to every spare of life, Billions of data/information are transferring from here to there because of community engagement. Everyone has the rights to keep their data private. The Internet has made vast storage of information’s, and it makes our information private and secure.
Answers of these questions make you surprised that still, we lack proper technology to keep our data anonymous, there’s still requiring data security, and you will be amazed that only a few communities on the internet are having data encryption facility, though there are still some vulnerability and lack of trust.
When the whole world is thinking for a safe place on the internet with a high level of security for their privacy, at that time Securypto with the aim to make a much safer place by monetizing anonymous content distribution with high protection for your data and privacy.
What is the Securypto Project?

Securypto dreams to build a much safer place on the Internet with high security for user data and information. It will make the internet secure by providing anonymous content distribution. Securypto will be using the blockchain technology to keep their system more transparent, reliable and trusted. Securypto will be a Zerocoin and Masternode based blockchain project that will be able to provide anonymous storage as well as will be able to transfer encrypted data.

• Securypto system uses "POS" which is blockchain based technology where every node will function as a gateway to hosting facilities. This way users using small devices such as a Smartphone won't need to run any full nodes. Full Nodes are ideally a VPS server having a 99% uptime and fast connections. Nodes use their own internal or other external storages.

• Securypto blockchain connects proxy with the masternodes to provide the anonymous facility in the platform. 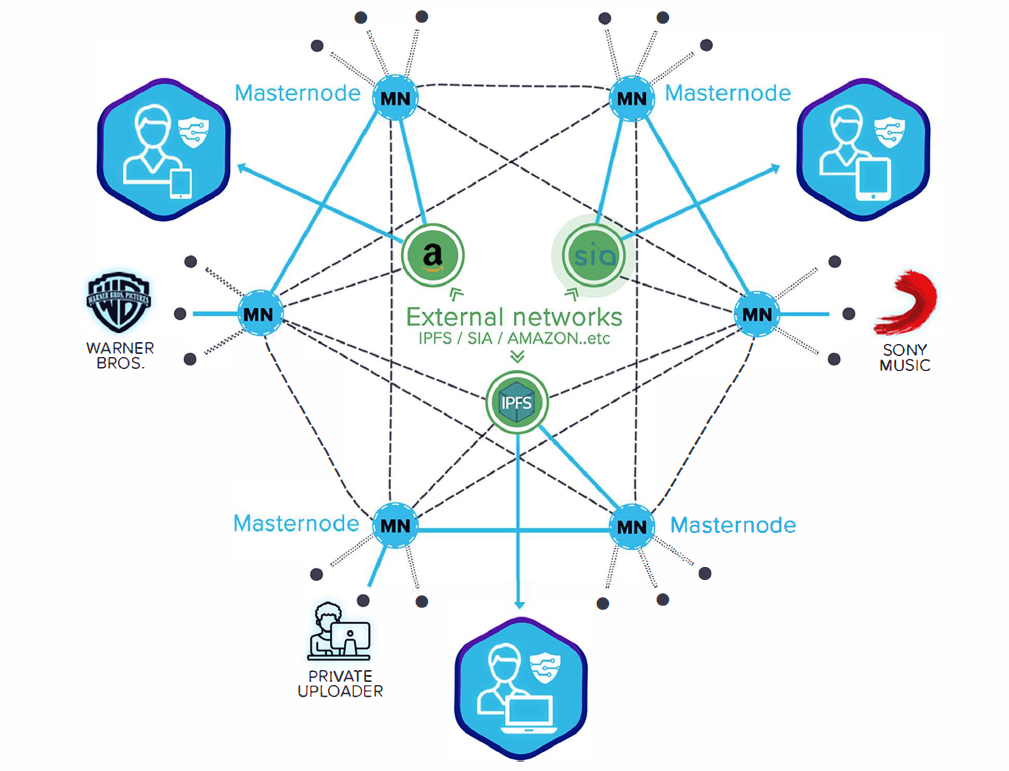 Why should you choose the Securypto?
In this fourth industrial revolution, the Internet is keeping the most dominant contribution, as everything now on internet and internet has become mandatory to part on the revolution, So, Security on the internet is badly needed. Everyone should think about their data privacy and how much security they are in the place of the internet.
Securypto always thinks about public privacy and want to make the internet a much safer place where people don’t need to think about their security and privacy while using the internet. Thinking all about the privacy concerns, Securypto comes to help the internet world. The advantages of securypto will make anyone feeling interested in securypto if they are concerned with internet security. 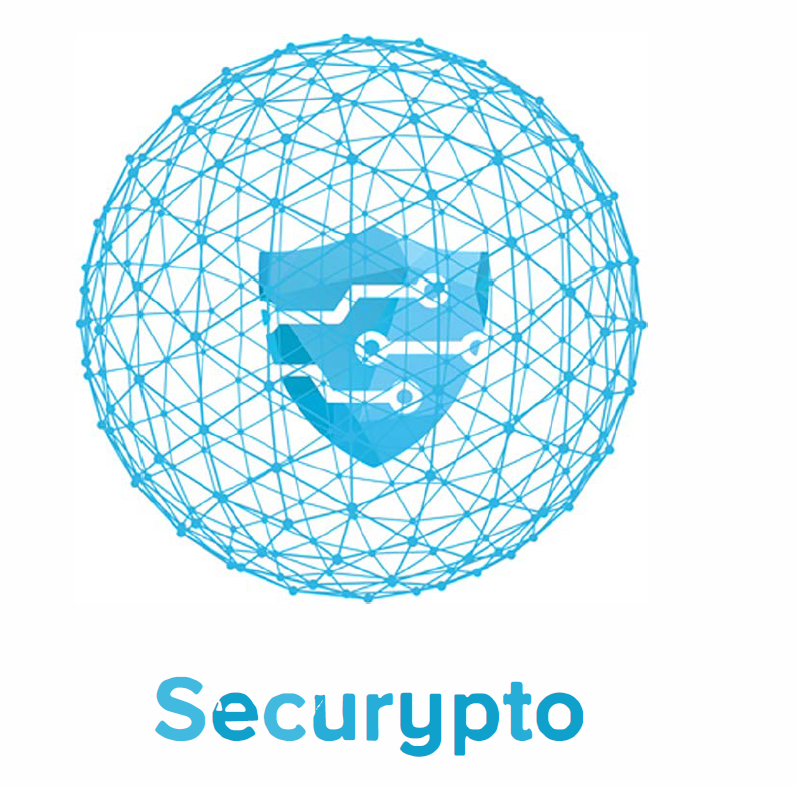 a) User-friendly Device:
Digisafeguard is dedicated hardware in Securypto which works with securypto software. Users can Keep their accounts and login credentials protected and encrypted on their DigiSafeGuard device. Users can use the device (DigiSafeGuard) keyboard to enter the password phrase which is also secured, unlike any other smartphone or PC.DSG is an offline device, and hence, hackers can't just gain access to a device that has no connection to the outside world.
b) Standalone Data Encryption device:
DSG has military grade cryptography based on AES encryption. There is no scope for any backdoor. Users Also can use any publicly available crypto software to decrypt their files and messages as we use well known and documented public AES encryption protocol. Users can create, import, export and verify their own RSA key.

c) 2FA & Login management:
Two-factor authentication (2FA), often referred to as two-step verification, is a security process in which the user provides two authentication factors to verify they are who they say they are. Securypto uses 2FA verification to make a secure login. Users can log in securely to online services like Gmail, Facebook, Twitter, banks, etc. through DSG.

Securypto Blockchain thus increases privacy and can protect your communication in traditional messengers, the user is able to create their own keys and share them with others. To use such services of the platform, it is necessary to have their digital tokens SCU, now it is possible to participate in their private sale through the form on the website.

The open sale begins on January 1, 2019 and will last until March 18, 2019. This software can easily work with well-known operating systems such as Windows, Linux, iOS and Android and is available to absolutely anyone. Artists, bloggers, popular media personalities get an excellent feature of earning their any content without filtering and limiting censorship, for each view or use instantly rewarded with tokens.

Securypto is aimed not only at fans and people familiar with cryptocurrency payments, but also at those who want to protect their personal data on the Internet, sell them, which gives a good prospect and growth in the number of users of this project. This will affect the increase in the value of the token accordingly.

If you have a desire to take part in the promotion of this ambitious and interesting project or get even more relevant information, please follow these links below::