The best 10 movies released in Bollywood so far in 2018 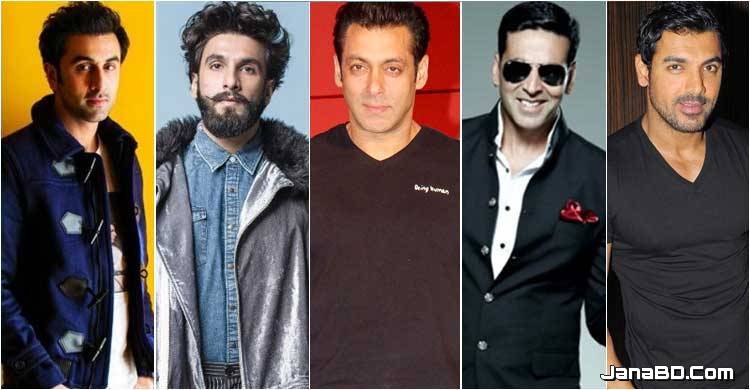 So far, 37 films have been released in Bollywood so far this year. Of these, nine were released in the last month. Many stars have seen these pictures. Someone's picture has been commercialized, and somebody's picture is stuck in the box office. Already in the top 10 photos of this year, two photos released in the past month were released. Let's see, in the year 2018, the best 10 pictures released so far -
Sanju
In the meanwhile, Sanjoo has grabbed third place among the best all-round movies of Bollywood. From the income side of the year, the film released in the year has a number on the list. Sanjay Dutt's biographical 'Sanju' box office has so far earned 341.22 million rupees. Ranbir Kapoor's performance in Sanjay Dutt's film, which was released on June 29, has been highly appreciated.
Padmabat
Dipika Padukone, Ranbir Singh and Shahid Kapoor were seen in the main character of this film. The film released on January 25 this year earned a net worth of 300 crores. The film has two numbers in the list so far this year, from the earnings of the movie released this year.
Race Three
Although the business is not expected to do the business, the picture is on the list at number three on the income side. This film, released on Eid on June 15 this year, has many actors including superstar Salman Khan. So far, the film has earned a net worth 169 crores.
Baghi II
Tiger Shroff and Disha Patani starring 'Baghi 2' are in the fourth place of the list. The net income of the film, released on March 30, is 165 crore rupees.
Agree
Alia Bhatt's 'Raji' was released on 10th of May. The film has so far earned the net 123 million and 17 million rupees in the fifth place.
Snoo ki titu ki suetty
The film's rising star Kartik Arian's film was released on February 23. The net number of the movie is Rs. 108 crore and 71 lakhs.
Gold
Akshay Kumar starrer 'Gold' has been selling gold at the box office since his release. This biopic image is released on 15th August. So far, the box office runs 104 crores of rupees in the movie's position list.
Raid
Raid, released on March 16 of this year, receives a superhit command at the box office. Ajay Devas played the lead role of the film. The film is at the eighth position with a net worth of Rs 101 crore 54 lakhs.
Satyamev Jayati
This film is also released on August 15 with Akshay's 'Gold' photo. John Abraham played the lead role of 'Satyamev Jayati'. Although the film was threatened to get involved with the box office clash with Gold, it has already received extensive commercial success. The film has nine ninety nine rupees in the chart, earning Rs 89.5 million.
Veer de wading
Kareena Kapoor Khan and Sonam Kapoor, the feminist actress who is staying at the bottom of the list, this picture. The controversial film, released on June 1, has earned a net worth of Rs 80.13 crore in the box office.