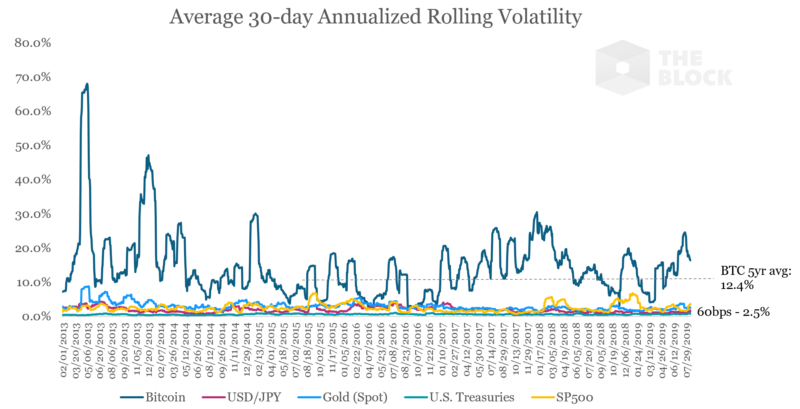 Demand for gold has shot up for the third consecutive month, thanks to the U.S.-China trade war risks and impending rate cuts by central banks around the world.

The yellow metal holdings rose 101.9 tons in August, after the addition of a combined 154.1 tons in June and July, Bloomberg reported Monday. The current total known gold assets stand at 2,453.4 tons.

Gold’s price has risen 19% so far this year to around $1,520 per ounce, as investors have reportedly been shunning risky assets and moving to safer assets such as gold.

Interestingly, bitcoin enthusiasts insist on calling the cryptocurrency a “safe-haven” asset. But according to analysis from The Block’s research analyst Ryan Todd, it is not. Bitcoin has seen an average 12.4% annualized 30-day volatility over the last five years, as compared to gold’s 2.5%.