who moved my cheese?- Review 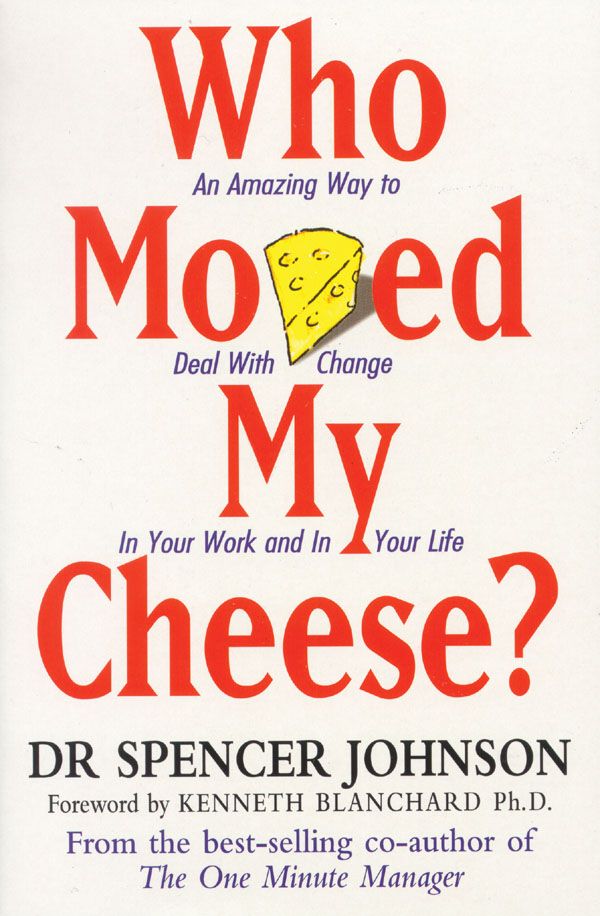 Who Moved My Cheese by Spencer Johnson
Book’s contents: This story about four creatures that ran around the maze to a cheese that made their life more blissful. Two of them are mice, and two other short people as tall as mice. Every morning they put on a tracksuit and ran to the cheese. For mice, the cheese was like cheese, but for short people it meant wealth, success and other material benefits. Mice relied on instincts, and short people experience and science. Moreover, once they found out that the cheese had disappeared, the mice were rapidly calving, and began to look for a new cheese and the short people began to analyze and wait until the cheese returned. One of the men begins to understand that it is time to move and begins to act. He found a new pantry, but he was empty.
my opinion: a motivating book, a simple illustrative example is shown, which makes you think.