ANCHOR - Anchored by the Global Economy 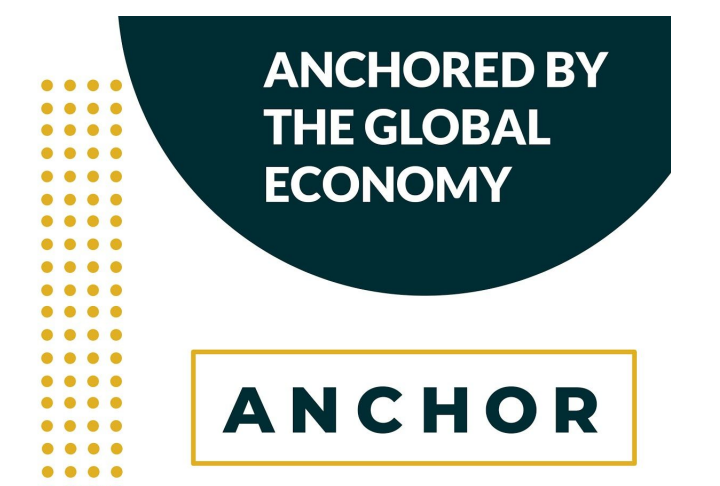 As a counter-culture movement that is often connected to cypherpunks, cryptocurrency is essentially a fiat currency. This means users must reach a consensus about cryptocurrency's value and use it as an exchange medium. However, because it is not tied to a particular country, its value is not controlled by a central bank. With bitcoin, the leading functioning example of cryptocurrency, value is determined by market supply and demand, meaning that it behaves much like precious metals, like silver and gold.

Cryptocurrency transactions are anonymous, untraceable and have created a niche for illegal transactions, like drug trafficking. Because the currency has no central repository, law enforcement and payment processors have no jurisdiction over bitcoin accounts. For cryptocurrency supporters, this anonymity is a primary strength of this technology, despite the potential for illegal abuse, as it enables a shift in power from institutions to individuals.

The vision is to create a stable platform for any crypto or traditional currency to peg their value to, and to be a cornerstone for price stability as a global currency and financial standard and Anchor’s core mission is to be a driver of global economic stability.

Anchor is designed to work on two platforms, Ethereum and Stellar. Core business logic of the system is built on Stellar network while there is ERC20 token on Ethereum to ease enrollment of new users to the platform since Ethereum has a much stronger community. With this fact in mind, Anchor also provides the possibility to transfer ERC20 tokens from Ethereum to Stellar network or to buy ANCH for ETH or BTC directly.

The system itself is a two-token one, where the Anchor is the utility token, and the Dock is the internal, stabilization mechanism token. This system will react to any changes in the value of Anchor on the market with a contraction, or an expansion phase, that will stabilize the currency to its desired value peg.

Anchor offers a unique opportunity to invest in a new cryptocurrency that has the potential to resolve most of the problems that plague the world’s economy and most of the other cryptocurrencies. Namely, Anchor is here to fix the stability issue that almost every other currency in the world is facing right now. With the dual-token mechanism, Anchor represents the ideal opportunity for investors and traders to truly protect their holdings.

As promising as the world of cryptocurrencies is, the ANCHOR team knows that stability is definitely in high demand. After all, one coin tumble after another. That is why Anchor plans to become the first coin ever that offers almost no volatility whatsoever. ANCHOR even have systems specifically designed to prevent pump and dump strategies that have destroyed other similar projects in the past.

About the Monetary Measurement Unit (MMU)

The MMU is the formula Anchor uses to determine the value of the global economy. The system will use a proprietary algorithm to go through macroeconomic indicators on a global scale to create a numerical index it can use to peg all existing currencies to.

This part of the system was created to mimic and improve the IMF’s SDR. For comparison, the IMF (International Monetary Fund) is basing all of its calculations for the SDR on the values of top five currencies that aren’t even picked based on their real part in the global economy, but are rather politically chosen.

Anchor is offering a stable peg of value that will be expressed primarily in US dollars and that takes politics out of the equation completely.

The second element in the MMU is the Premium. The MMU Premium calculates the amount of growth that can be expected based on sovereign bond yields of countries the team have chosen to invest in and the average inflation rates. This Premium is about 0.4% on a yearly basis. That represents a steady growth that can outpace the rate of inflation, growth that can be securely maintained in the years, or even decades to come.

About The Two-Token Model

Furthermore, Anchor consists of a two-token model composed of Anchor Tokens (ANCT), that serve as main currency/payment tokens; and Dock Tokens (DOCT), the utility tokens that stabilize the currency ensuring ANCT remains pegged to the MMU regardless of external fluctuations. Anchor’s flexible currency supply is regulated by the Anchor tokenomics, the principal component of which is the Contraction/Expansion mechanism, through which Anchor’s system will programmatically buy and sell tokens in order to maintain ANCT’s price in equilibrium with the MMU.

NOTE: A sponsored article written for a bounty reward.