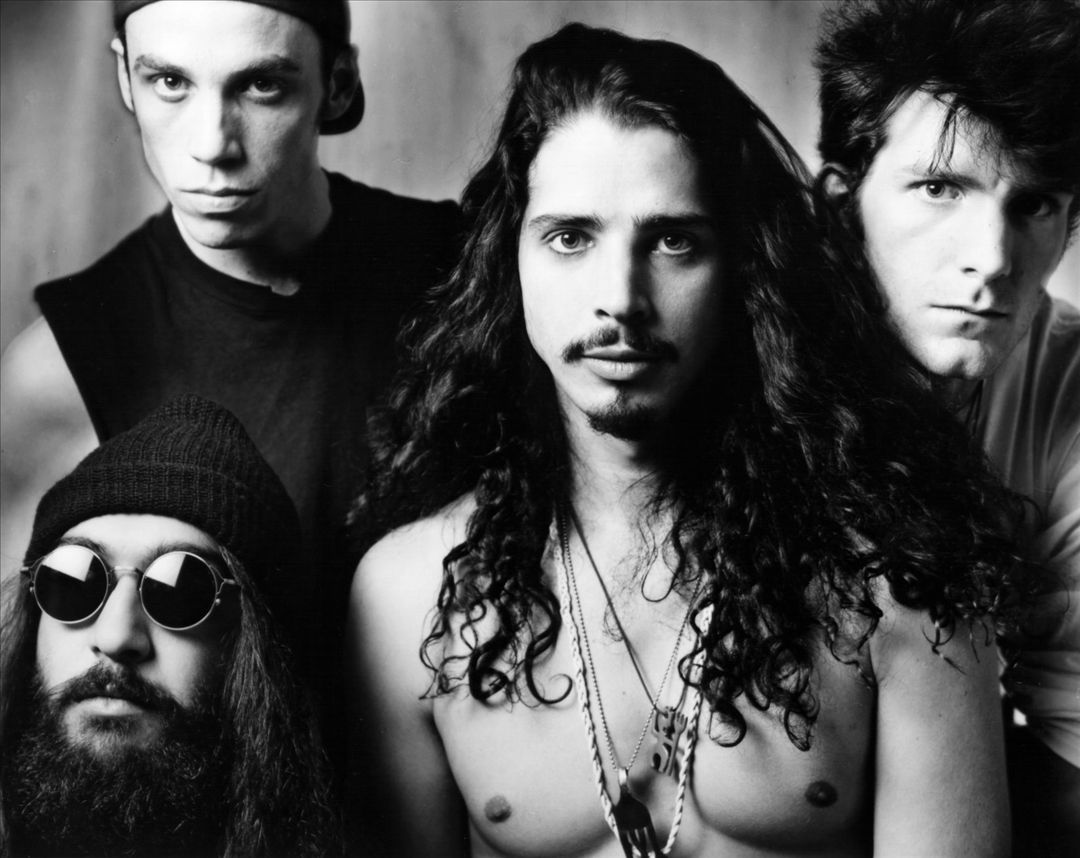 The 1990's was a golden age for the kingdom or alternative rock and Chris Cornell was one of it's shining Princes.

I will always remember him for what he was, is, and will be, a musical force to be reckoned with. I remember when my best friend Dave Farrar introduced me to Temple of the Dog and Soundgarden. We used to drive around in his little red Chevy Comet blasting Chris Cornell along the North County streets. After High School, Dave used to come and visit me up in Columbia while I was attending the University of Missouri. Even then we'd be playing the same old songs that Sound Garden had been thrilling audiences with. I used to spend hours at the record shop just listening to new music. I loved Uncle Tupelo, Counting Crows, Pearl Jam, Smashing Pumpkins, the Breeders, Spoon, Nirvana, Stone Temple Pilots, Green Day, the Pixies... the list goes on. But the lasting anthems of those days for me was then, is now, and always will be Temple of The Dog's "Hunger Strike". It appealed to my sense of survival and connection to a cause. I saw injustice in the world, but I had hope that an inner power within us all was greater than any riches measured in dollars. The song somehow gave me strength, a reminder that nothing could hold me down, and that I don't mind standing up to anyone who abused their power. I played that song countless times. And I am currently listening to that and "Say Hello To Heaven" as I write this memory of one of my favorite voices and personalities. He just had that look, that perfect grunge era look of long dark hair, a smoldering aura of mystery, and yet the soft kind gaze of a human being. I didn't just want to look like him once, I wanted to be him. Seemed like everyone did. To me, even Eddie Vedder, Zach De La Rocha, were imitating him. I considered Chris the original. And now he is gone.

I never thought I would care about the loss of a rock icon. Maybe now I know how my parents as the icons of the 20th Century have passed away. I am thinking of my buddy Dave and his family up in Wisconsin. I am thinking of my brothers and sisters. I am especially thinking of my brother Marc who is the godfather of twang rock, former lead singer of St Louis band, 'Ashtray', current member of the band, Grace Basement, writer and editor of Billboard Magazine. He and my brother Paul are blessed with musical talents. It's been an interesting year for my brother Marc. He recently toured the Loop area taking pictures of those who came out to celebrate the life of St Louis music icon, Chuck Berry after he passed away earlier this year. I wonder what he thinks and feels about the loss of this voice from our youth, this influential force, Chris Cornell. Chris seemed larger than life to me and his fans. But he was also a husband, a father with children, a man just like my buddy Dave, my brothers, and many of you. He will be missed more by his family than you and I, but I am thankful his music and his story is still here. Like so many artists throughout the ages that have made our lives more fulfilling with their talents, he is now in heaven. Rest in Peace Chris.

With his powerful, nearly four-octave vocal range, Cornell was one of the leading voices of the 1990s grunge movement with Soundgarden, which emerged as one of the biggest bands out of Seattle's emerging music scene, joining the likes of Nirvana, Pearl Jam and Alice in Chains. Soundgarden broke through on mainstream radio with the album Superunknown, which debuted at No. 1 on the Billboard 200 and was nominated for a Grammy for Best Rock Record in 1995. It included hit singles "Spoonman," ''Fell on Black Days," ''Black Hole Sun," ''My Wave" and "The Day I Tried to Live."
Chris passed away shortly after a concert in Detroit May 17, 2017.

source - Billboard . Musicians react to the passing of Chris Cornell