That Sugar Film - A Documentary Review 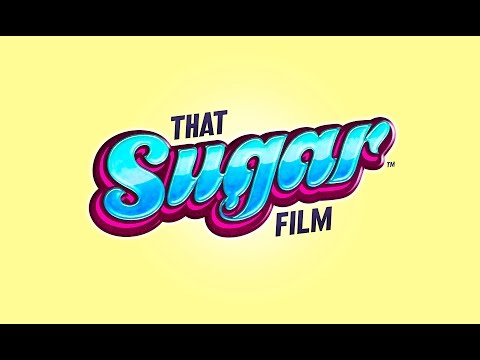 Documentary films rarely try to be neutral. Their purpose is not only to inform, but also to persuade. The difficulty for the viewer lies in sound analysis of the propaganda to determine how much is fact, how much is spin, and how much is pure fiction. Food-related documentaries based on an individual's dietary experimentation are an interesting niche in the documentary genre, and this film is a good example to study.

That Sugar Film is a 2014 documentary film by Australian Damon Gameau depicting his experiment in transitioning from a healthy diet to one with a much higher sugar intake in line with the Australian average. He features his medical checkup data that measures his physiological changes along the way. He also travels around Australia and the United States to converse with experts in nutrition and to get personal anecdotes that support his story.

The basic nutritional facts and biological process explanations pass the sniff test. I'm no expert, but I have a passing understanding of the subjects. I have read similar information from credible sources. Refined sugar is not good for you, and calories from refined sugars and grains are not the same as calories from other sources. The sugar industry is insidiously sponging off government subsidies and protectionism while pouring money into pseudo-scientific propaganda.

The film is a basic hero's journey plot in the usual documentary journey framework. There are lots of audio and video cues exactly where I expect them based on the conventions of the format. There are a few fun gimmicks that the inveterate punster in me must call "eye candy." And it may not be about dairy, but a lot is quite cheesy nonetheless. Remember, the purpose of the film is to persuade. In most cases, I am inclined to agree with the producer's opinions and conclusions. However, that is also my prejudice, so take that with a grain of salt, too. Salt isn't covered in the film, so that should be fine.

OK, enough wordplay. I would say the film relies too heavily on anecdote and not enough on sound scientific practices for my liking. The DVD special features only address these concerns somewhat. There is also an implicit assumption that government is a solution to the problems presented in the film, so the bias toward government funding and government programs as a solution is pronounced.

3 words: David "Avocado" Wolfe. The guy's a complete fraud who discredits anything that features him. He's intellectual cancer. And that's my polite description, because I don't want to add the NSFW tag to this post. There's also a lot of hype from other guests that I suspect collapses under closer scrutiny. There were a fair number of details that rang skeptical alarm bells for me from time to time, but none approached the level of Avocado Boy's pretentious nonsense.

I do recommend this film. Just remember to shout a dismissive BOO! whenever Avocado Boy spouts something, because it's guaranteed to be baseless tripe that only coincides with reality by accident from time to time, and remember to verify anything you don't understand or suspect might be wrong. Don't assume an assertion is true just because it's in a fancy film, or even my little blog for that matter.