Steve Taylor & The Perfect Foil - "Goliath" & "Wow to the Deadness" 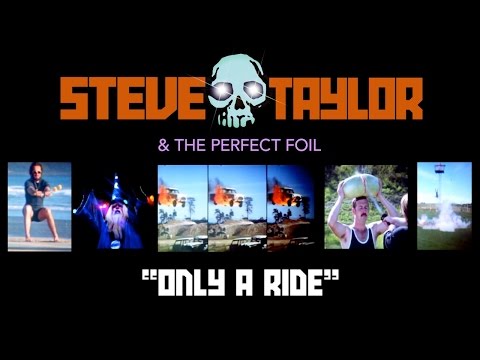 Goliath is the first album from Steve Taylor & The Perfect Foil, a supergroup of musicians most people have never heard of before. The band consists of Christian artists who are largely unknown in the mainstream. While the lyrics on this album don't really delve into blatantly spiritual territory at all, Christian rock has a reputation for shallow lyrics and stale musicianship. This group represents significant exceptions to this perception.

The video for "Only A Ride" uses footage from Stunt Rock, while that for "Standing In Line" uses clips from The Departure.

Wow to the Deadness is an EP featuring a collaboration with Daniel Smith of Danielson, who adds his own sense of strangeness to the lineup through his peculiar vocal style. I can't find any information to confirm it, but I suspect he also had a role in writing and arranging the music.

Author's note: This is a re-post of an article from my Steemit account with some major edits. I apologize if my Russian tags are in error, since I am relying on Google Chrome to translate the original text in the trending topics list for me.