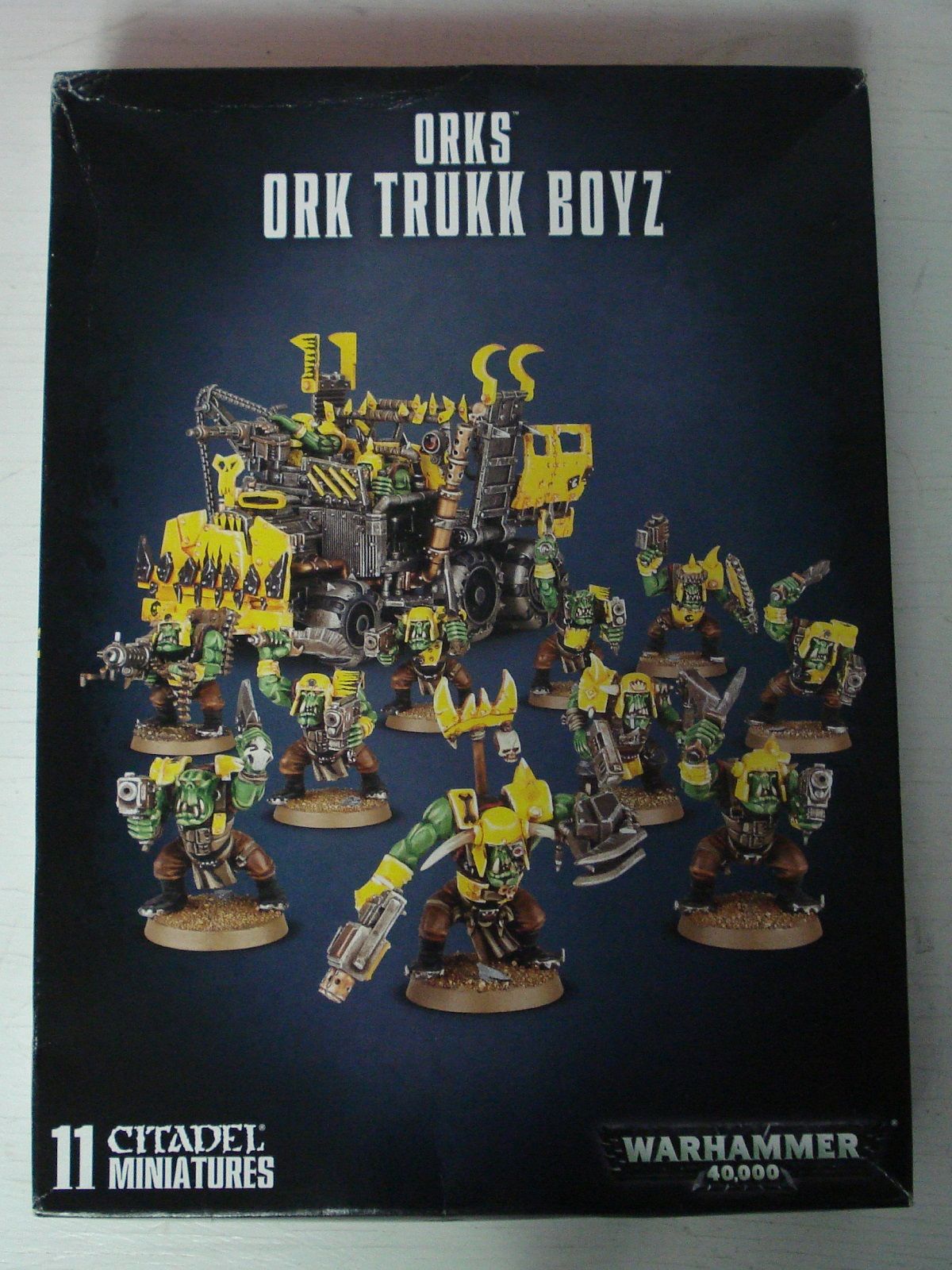 Orks are a horde army, so I need more basic troops. Ork troops really need transports, so a Trukk is in order. Gee, if only I could buy both needed items together to save money, and then save even more by ordering on Amazon...

Yup, that's just the ticket! The box was wrapped in cellophane from the factory, so I tore that off and popped open the end. Inside was a cardboard tray containing those sweet sprues of grey plastic crack.

The bag o' bases is just a collection of basic 25mm round GW bases. Nothing special. The plastic frames are identical to the contents of a standard box of Ork Boyz and an Ork Trukk kit. Nothing whatsoever is missing. I just saved 15% or more on my game addiction by switching to Amazon, that's all.

If you count the torsos and the legs, you might notice that there are 13 of the former, but only 10 of the latter. That's because one model can optionally be upgraded to a Nob (like a sergeant, but even less civilized) if desired, and two can ve equipped with backpacks and a heavy weapon. Now, I don't want to give away too much about future posts, but I have a solution in mind...

DA RED WUNZ GO FASTA!!! Yes, that is a rule in the game. If you paint an Ork vehicle red, it can move further each turn. I really, really hope this goes back to the 4th-6th edition version of that special rule when the new 8th edition drops next week. It used to add 1" to movement at any speed. In 7th, it only applied to going flat-out, so no shooting or disembarking allowed after using it.

This kit will be used as I wrap up the Space Ork Raiders coverage by showing the differences between the heavy weapon specialists in a standard box versus a snap-fit model. Then I will begin putting together the full squad of Boyz and the Trukk. The deffkopta and terrain pieces from the Raiders kit will be assembled at some point, too.

If you're planning to build an army for any 40K faction, the "Getting Started" boxes and the "squad + vehicle" boxes are great options. Even at MSRP, they save you money compared to the individual kits they contain!