Misconceptions About Guns and Gun Owners 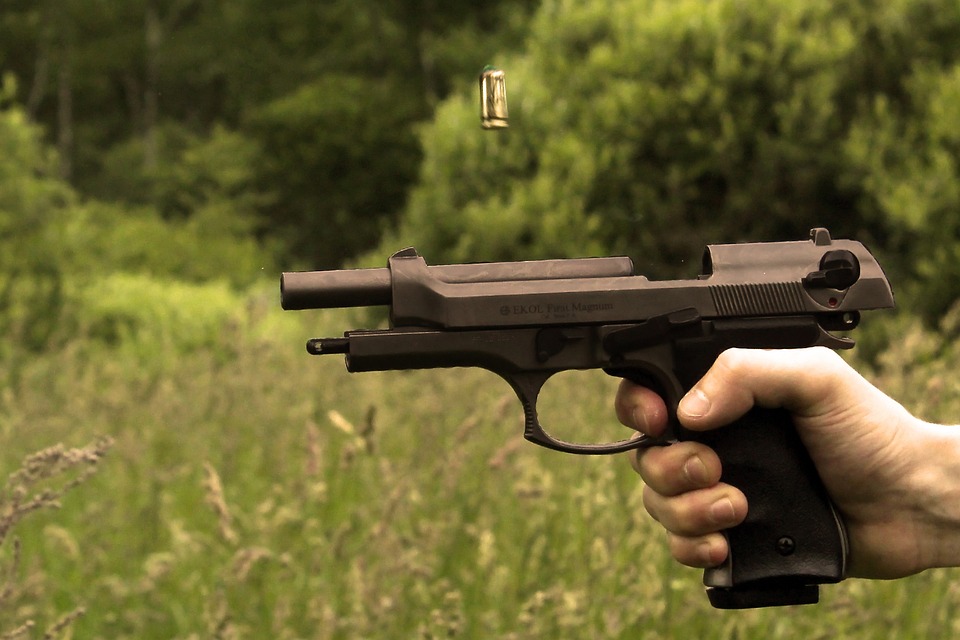 Gun ownership is not an unusual thing where I live. Many people here will gladly discuss what firearms they own, and most of the rest just figure it's none of anyone else's business and keep it to themselves. There are a fair number of Californians and other out-of-state immigrants who adhere to their hoplophobia, but most who moved here did so to escape the busybody control freaks who legislated away more liberty wherever they came from and embrace our relative freedom here.

That said, there are a few people here who have some deep misconceptions about guns and gun owners, and the internet is full of multitudes who either ignorantly or maliciously attack those of us who own inanimate objects they abhor. I thought it might be worthwhile to address a few common assertions on the matter.

You Want To Arm Everybody!

I have been told by those who favor strict gun control laws that advocating firearm freedom means I want everyone to have a gun. This is not an accurate representation of my views. I want anyone who is willing to take personal responsibility for his own security to be free to take whatever steps they feel are necessary to secure their life, liberty, and property against aggression, provided they do not themselves violate the reciprocal rights of others.

After all, who really has a greater interest in your well-being: you, or a bureaucrat you have probably never met and who suffers no liability should harm befall you? When an emergency occurs, who is in a better position to be a first responder, you, or some distant government employee you might not even be able to contact in the first place? That's for you to decide for yourself, not for me or anyone else to decide for you.

I have also been told by these advocates for government confiscation and restriction that I want to see murder rates increase, or at least that higher violent crime rates are an inevitable consequence of liberty. There are a few obvious answers to such accusations.

First, it is patently obvious that criminals don't obey laws now, and more laws would not change that. The War on Drugs made drug use and violent black markets worse, not better, and people who can make or smuggle drugs will make or smuggle guns just as easily. Violent crime rates tend to be highest in areas with the most strict laws against gun ownership as it is. There have been raids on gun factories in Australia and Brazil, for example, and the former country is often presented as a poster child for gun control success.

Second, violent crime has been trending down for decades during the same timeframe when states began relaxing restrictions on carrying guns. While this is not by any means a cause-and-effect relationship, it directly contradicts the assumption that more firearm freedom causes violent crime to increase. It is obvious to anyone who seriously studies the matter that violent crime is the result of a complex interaction of many factors, but liberty doesn't fundamentally cause crime.

Third, while data is hard to gather on the matter, efforts have been made to gather data on civilian intervention to stop mass shootings, and the conclusion from the available data is stark: Mass shootings aren't stopped by civilians because the shootings are stopped before mass deaths occur. Further, it is impossible to say how many violent crimes have been prevented without a single shot being fired because an armed citizen stood in the path of the aggressor and presented the willingness and ability to meet aggression with defensive force.

Related to this is the common tactic of lumping gun suicides in with coercive uses of firearms to inflate the firearm death toll. However, the US has a very average suicide rate compared to other countries. Many economically-advanced nations with much more strict gun control laws have far higher suicide rates. Japan, for example, is a popularly cited nation with strict gun control laws and low violent crime rates, but their suicide rates are significantly higher than in the United States, which is between the "progressive" nations of France and Sweden.

You Have a Small Penis!

I wish I were joking here, but many who fear firearm ownership accuse those of us who own guns of compensating for a tiny dick. You'd think it might occur to them that they are projecting their own obsessions a bit, but no. That said, gun owners are compensating for several things when they carry guns.

In case it isn't obvious, none of these problems are related to inadequate genitalia. It is certainly possible that there are some people who believe carrying a firearm makes them more manly somehow, but such people certainly do not represent the whole, or even a majority, or firearm owners. Such accusations are clearly evidence that the accuser is insecure, because attacking the person rather than the arguments presented is one of the last resorts of someone who has no rational arguments to make.

A defense of popular targets for legislation

Handguns are extremely useful. They are far easier to carry than a rifle, and that makes them superb for self-defense against either wildlife or criminals. Rifles with full-capacity magazines holding 20 or 30 rounds are certainly overkill for deer, but semi-auto rifles allow fast follow-up shots, and the versatility of such a rifle means it can be used against predatory threats like a bear, a cougar, or wolves with the same platform. A high number of rounds may be needed when hunting varmint animals or herds of wild hogs in many parts of the country, too. A single rifle that does everything is a smart option for many people. And in the event one does need a rifle for self-defense, an AR or AK would be superb.

My rights to property and self-defense are not trumped by anyone else's opinions about whether I "need" them. Just because an object may be used to commit murder, or is like one that has been used in homicides, that doesn't mean that is their intended purpose or they need to be regulated more. It also does not mean I am somehow a threat to society myself.

However, any prohibition on inanimate objects necessarily means sending men with guns against people who do not wish to obey arbitrary political dictates. Fundamentally, political action is supported solely by gun violence. There is nothing civilized, benevolent, or altruistic about trying to use government to enforce your opinions.

To make an analogy, Bitcoin and other cryptocurrencies have also faced similar misguided and misinformed accusations by people who fear technology and liberty. Some people may have used them for illegal activity, and some of that illegal activity may have also involved actual crimes against the life, liberty, and property of others. that does not mean crypto is evil, or users of crypto should be deemed nefarious.

What popular misconceptions or baseless accusations have you faced for firearms, crypto, or anything else you do of which others often don't approve? Comment below!