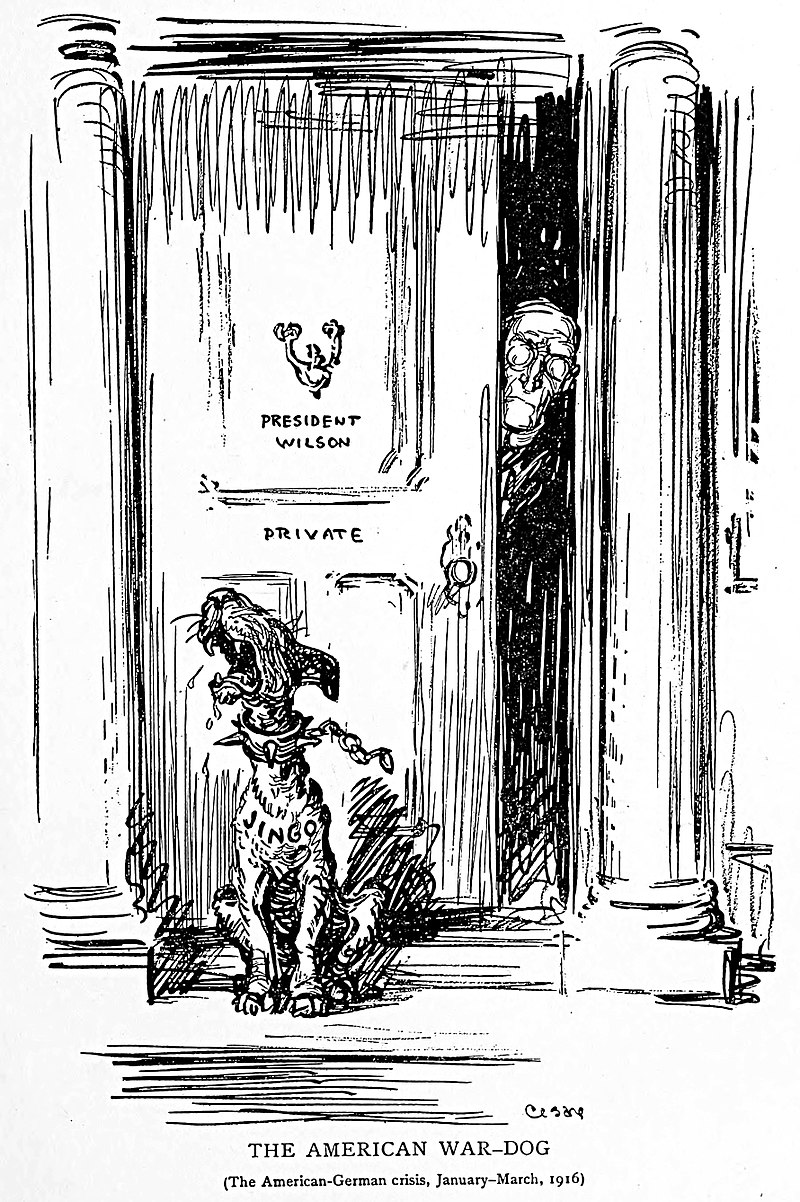 Jingoism is extreme nationalism, and especially advocacy for a belligerent nationalist foreign policy. It's an old term coined well over a century ago, but it applies to modern politics too.

Partisanship doesn't apply, since in the past few decades we have seen Ronald Reagan, George H.W. Bush, Bill Clinton, George W. Bush, Barack Obama, and Donald Trump all engage in shortsighted foreign interventionism and outright war, often as part of corporate collusion. Their major party opponents rarely differed significantly in these respects, regardless of rhetoric. All of this has been justified with modernized jingoism, and any partisan debate seems to be steered toward whether the jingoism is being properly applied rather than whether it is a good policy in the first place. Aside from Ron Paul and Bernie Sanders, there have been few candidates with a principled non-interventionist foreign policy position.

The problems denounced by Maj. Gen. Smedley Butler in War is a Racket haven't gone away. The nascent imperialism jingoism he condemned merely morphed into a new form. The Communist Threat was the main excuse for jingoism after World War 2, and now Islamic Extremism is the primary bogeyman. But throughout history, jingoism is a far greater threat here and abroad than are the excuses justifying it.

As an extreme example, over the past weekend, we have seen people throwing temper tantrums because athletes haven't properly performed the nationalist rituals before games. The reaction is the same kind as that shown by radical Muslims when someone does not acknowledge the status of Muhammad or pray toward Mecca. The degree of the response is the only difference. There have nonetheless been calls to destroy the careers and even the lives of people who don't toe the collectivist line of nationalism.

When you feel a gut reaction to someone else's actions, pause for a moment and ask yourself whether you are repulsed by a crime against another individual's natural rights, a breach of etiquette, or merely an affront to your own jingoism. You can't change the government, but you can examine your own motivations and choose the path that supports liberty for yourself and others, and you can use reason to peel away rhetoric to explore the core principles they disguise. That is your sphere of influence, and the place where you have real power. Don't abandon your mind to the control of others. Don't let jingoism cloud your recognition of the inherent humanity of others, and don't let nationalism justify the violation of the equal rights of others, no matter where they live.