Everyday Carry - What can't you leave home without? 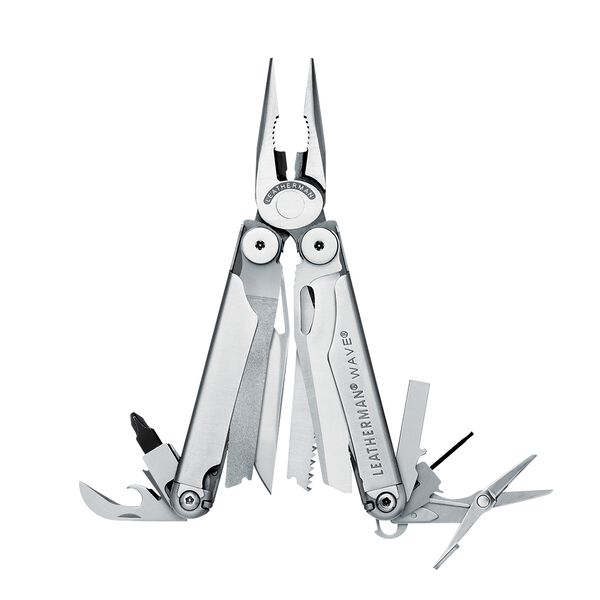 When leaving home, what do you check to make sure is in your pockets, on your belt, in your purse, in your briefcase, or otherwise on your person? While some in the US use "everyday carry" or "EDC" to refer to firearms, this post is about other gadgets, tools, and emergency supplies you and I may keep on hand at all times.

I always have a multi-tool on my belt. Currently, it's a Leatherman Wave. Previously, it was the now-discontinued PST-II. Leatherman tools are well-made and include a variety of useful features for whatever odd jobs may pop up when a proper tool kit is not on hand. Just having a set of pliers in my pocket has proven useful on more occasions than I can count, and the screwdrivers and specialty blades are often handy too.

There are other multi-tool manufacturers, only a few of which are comparable to Leatherman in quality and features. Gerber and SOG some to mind. Of course the granddaddy of multitools, the Swiss Army Knife, may also be suitable depending on your needs, too.

A small, bright flashlight is a useful thing to have on hand. I keep one in my pocket almost all the time. A cheap Harbor Freight LED flashlight can serve, but I prefer a "tactical flashlight" due to better construction and brighter light in a more compact frame. Mine is a Streamlight Protac-2L. Tactical flashlights can also be used as defensive weapons. The light can disorient and temporarily blind an assailant, offering an opportunity to escape. In a pinch, it can be used as a striking weapon too. They can handle quite a lot of shock since they are often designed to serve as a mounted light on a rifle or shotgun. They tend to be quite water-resistant, and mine has been through the washing machine a time or two with no ill effects.

For a primer on how to use a flashlight in a "tactical situation," see The Art of Manliness blog post here.

Isn't there a selection of knife blades on that multi-tool? Yes, but this is for situations where Bad Things could happen to the blade, or I want something faster to access, or I want to loan a knife to someone else. For this, I like a cheap knife with a locking blade and comfortable handle. My current knife looks exactly like this, except for a different brand name stamped on the blade. 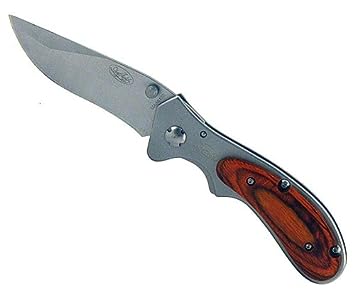 It doesn't hold an edge especially well, and the screws need to be checked every now and then to make sure they don't back out, but I haven't lost it after owning it for several years. If I do lose it, I'm only out about $5. The hinge seems strong enough to avoid breaking, the locking mechanism is secure, and the hilt design makes it extremely difficult for my hand to slip down the blade. These features above all else should be a priority when considering a knife at any price point.

I keep a credit card magnifying lens in my wallet. It's not very powerful, but it is always on hand and it is very compact thanks to the Fresnel lens design.

I also have a Pocket Monkey tool in my wallet because I supported the Kickstarter campaign for it, and I don't want to be entirely without tools when I go places where the Leatherman and knife are forbidden. It is currently considered TSA-compliant in the USSA, so there's that too. It is incredibly thin and quite sturdy despite its size. The designer isn't kidding when he says it is credit-card thin. The alloy chosen and machining used are good.

I have tried a few keyfob tools and lights, but right now I just have a P-38 can opener. I haven't needed it yet, but it is too light and compact to worry about. And I don't want to find myself on that inevitable camping trip 100 miles from civilization to discover that the can opener got left behind.

Things I Should Carry, But Don't

I really should start carrying a pocket notebook and a good pen. I used to have a Fisher Space Pen, and it was definitely superior to a standard ballpoint, but it got lost and has not been replaced yet. Fun fact: Contrary to the popular story, this pen was independently developed by Fisher and offered to NASA at cost, rather than being developed as a result of an expensive government R&D boondoggle. And pencil lead fragments in zero-G are a Bad Thing, so the "just bring a pencil" arguments are not so great after all.

Comment below! What can't you leave home without? For the purpose of this discussion, I don't mean to include basics like your mobile phone or house keys, but as I noted above, key fob tools are a valid item to mention. I know some pocket knives may be "illegal" to carry in other countries, so let me know whether that is the case where you live, and explain what options you may have instead.

Author's note: This is a re-post of an article from my Steemit account. I apologize if my Russian tags are in error, since I am relying on Google to translate for me.

It's amazing how much that tool improves quality of life.