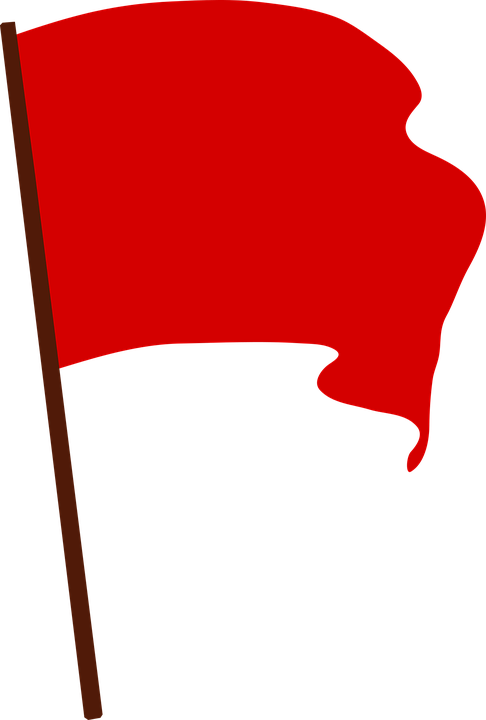 Why doesn't anyone ever see the collapse coming in Communist countries? There are always red flags everywhere!

Jokes aside, I want to make a distinction between totalitarian regimes and communist anarchists. I think there is room for a clear separation of the concepts, regardless of my opinions about their respective merits.

I became involved in a rather heated discussion on the matter on another website, and would like to present my argument here for more clearheaded discussion. It is my contention that if you choose to voluntarily pool your property with others in a communal system, you're actually an individualist propertarian anarchist, because you are choosing the means by which you interact with others and dispose of your property. If people are free to choose how they dispose of their property and interact with others, it fits under the umbrella of individualist propertarian anarchism, even if some people choose a communal society, a syndicalist cooperative, etc. as their means.

I have been told in various discussions that even basic cooperative ventures are inherently communism, but this makes rational discussion impossible. I thus try to use the term "communal society" to describe a voluntary association of consenting individuals in a socialist model. In contrast, I try to use the term "Communism" to describe an authoritarian system of coercive central planning. These are distinct concepts, and I am trying to use distinct terms to describe them.

It's like the distinction between the free market and corporate collusion with government. Calling both "Capitalism" is deliberate dishonesty, since the ideas are antithetical. Free markets do not lead to government intervention as a necessary or inevitable result. Political plunder is parasitism, not the next stage of growth. Likewise, I am willing to concede that people are entirely capable of forming voluntary associations in other forms without necessarily resulting in tyranny.

The moment someone says, "Your property belongs to the collective whether you consent or not," they are statists. This authoritarianism is antithetical to anarchism, because the communal collective is treated as an entity with authority over the individual. That is the distinction I am trying to make, and far too many self-professed "anarcho-socialists," "anarcho-communists," and "anarcho-syndicalists" desire this power over others. It is also true that many self-professed "anarcho-capitalists" worship national borders, for example, so it's hardly a one-sided fault. That is why individualism and consent are the tools we need to make a sound distinction.

I know many an-coms who immediately retort with something along the lines of, "Well, you aren't a real anarchist either, because you support hierarchy!" However, in a voluntary exchange, both parties benefit. Absent coercion, the only way an employer gains his "authority" is by making an offer the other accepts.

"Hey, if you perform job X under conditions Y, I will pay you Z in exchange. Do you accept?"

This is an exchange based in mutual recognition of each other's individual autonomy and sphere of authority.

"Hey, want to pool your property with ours in a communal society? Do what you can, and take what you need."

This is also an exchange based in mutual recognition of each other's individual autonomy and sphere of authority.

As such, both are true expressions of anarchy. And that is because both recognize the individual right to life, liberty, and property while offering association and exchange based on mutual voluntary consent. All honest anarchism must be individualist. Our battle is not between the market and the commune, but between the individual and The State. Never forget that, no matter how much we may disagree on how we might prefer to interact with others in the absence of The State.