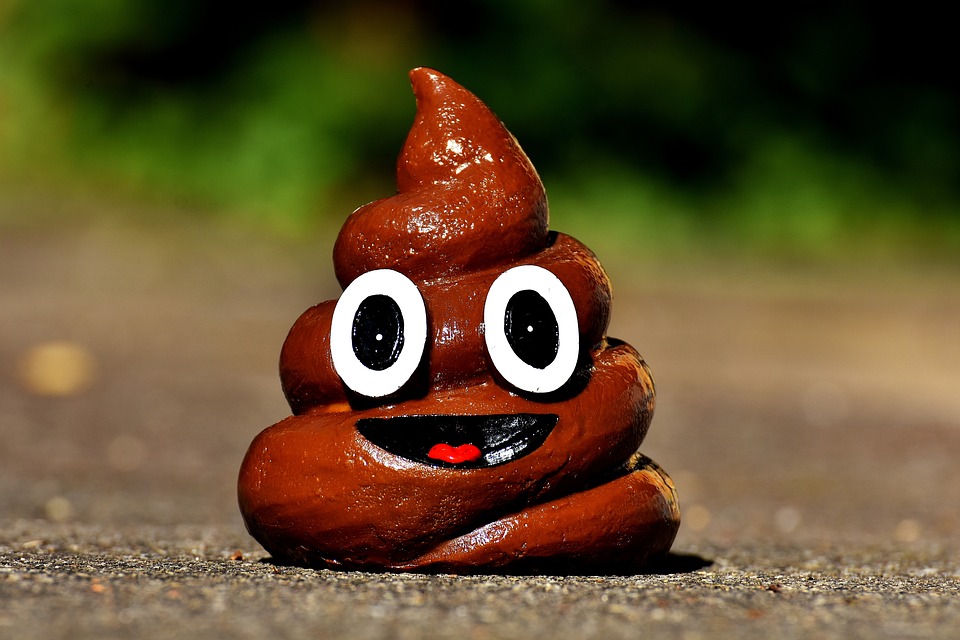 It turns out that circumstances have provided a follow-up to my previous post. The stars of that tale returned to the library yesterday, and were much less offensive to the nostrils this time, but their toddler had an ACCIDENT.

As I was checking in books, the father suddenly arrived at the front desk carrying a library book that bore a disturbing brown goo on the corner. He reported that the child had pooped on our book. OK...

No, we will not be attempting to clean that book and return it to circulation, no matter how natural your offspring's diet may be. Congrats! You just bought a book! No, you can't have it.

The preceding paragraph may be a slight fictionalized exaggeration of the actual conversation.

It was even worse than that, though. I don't know whether the diaper was nonexistent in the first place, or merely suffered catastrophic containment failure on the order of Chernobyl, but there was a trail of droppings through the Junior Fiction section. My boss started cleaning that immediately while the new trainee and I pondered which cleaning supplies, odor elimination agents, and absorbent materials from our stockpile might be needed to finish the job. At this point, we think specialists in carpet cleaning will need to be called in.

In short, what started as an optimistic improvement over the prior day took a drastic turn for the worst. Such is life! I suppose our newest staff member got a bit of a trial by fire. However, since she has also worked for the nearby school and has several children of her own, I doubt this was especially shocking. At least it wasn't like the time I had to clean brown graffiti off the bathroom walls!